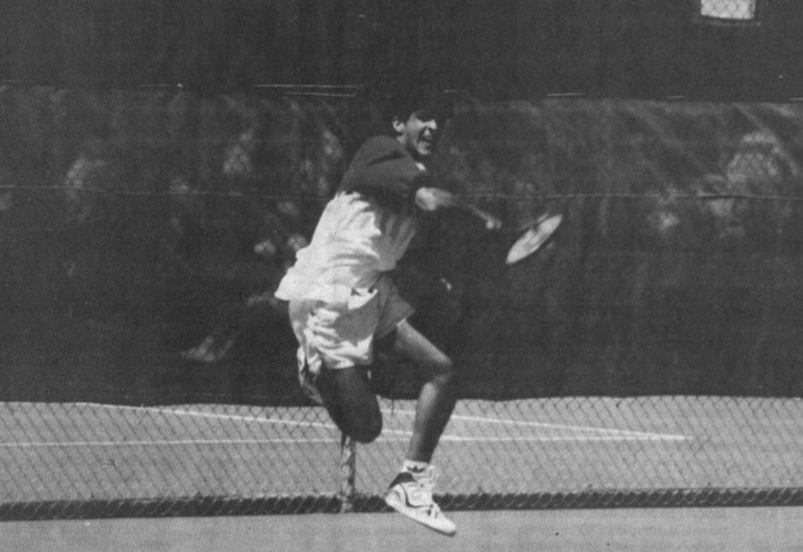 Ever since Paly was founded in 1898, the school’s talented athletes and teams have risen to the podium in league, section and state competitions after their momentous performances. From undefeated seasons to consecutive championship titles, The Campanile covers the major sports wins throughout Paly’s history.

Danny Dye, Paly’s varsity swimming and diving coach, attributes the success of the Varsity boys team to their persistence in carrying on the tradition of stellar performances.

“Before SCVALs, the boys were in [the North Coast Section] (NCS) and still have the record in that section for most section titles,” Dye said. “Success for the boys is having pride in the tradition that has been set.”

The boys swimming and diving team last won the SCVAL Championships in 2012, in which their stellar performances summed up to 488.00 points, crushing Monta Vista High School, the second place finisher, by 117.50 points.

This year, the boys basketball team claimed their 18th consecutive SCVAL title, finishing the game against Los Gatos High School at home with an outstanding final score of 72-61.

Junior Wes Walters, a center for the varsity team, believes their hard work in practice paid off in the basketball season.

“We pushed each other in practice, which led to us being ready every night for the challenge ahead of us,” Walters said. “Our three-point shooters were able to open up driving lanes for players and we were able to put up a lot of points.”

Out of the girls sports at Paly, the swimming and diving team has won the most SCVAL championships, with a total of 25 titles.

“The girls have always had a strong sense of wanting to succeed,” Dye said. “We have been blessed with some of the best swimmers in CCS history, and yet it has been an all-around effort for winning SCVAL, a strong sense of team and desire to succeed.”

Over the course of the past three years, the girls swimming and diving team have won the SCVAL Championships. Last year, the team scored 414 points, far ahead of Monta Vista’s team, which placed second with 383 points.

In last year’s March 31 issue of The Campanile, senior Spencer Rojahn recounts the 2017 boys basketball CCS Championships, a close game against Los Gatos in which he hit a three-pointer shot at the buzzer and led the team to their sixth CCS title.

“It felt surreal, like I was in movie. I never would’ve expected to hit a buzzer beater to win the CCS championship. It was truly unbelievable and it was a moment I will never forget.”

Throughout the season, the team ingrained their “survive and advance” mentality, which was highlighted in a previous game against Fremont High School. According to Rojahn, Paly was down by 12 points at halftime; however, the team came back in a 13-0 run and won the game.

The final score against Los Gatos was 66-63.

In addition to the most number of league titles, Paly girls swimming and diving team also has the most CCS titles for the girls, claiming a total of four CCS wins.

Senior Claire Lin, a current captain of Paly varsity girls swimming and diving team, has contributed to their many successes. In the past two years, Lin scored points for the team in her individual events and relays, resulting in two new CCS titles.

“There has never been such a succession of wins for Paly swimming. Being part of it with an amazing team, I feel speechless. [In] 2016, we all worked so hard — to finally bring another championship to Paly was unreal. Winning back to back CCS championships as well as making history for Paly’s swimming and diving team with these group of girls, it couldn’t get any better.”

Lin believes that the team can bring home more wins in the upcoming season.

Only three Paly varsity sports teams have ever been state champions: boys basketball, football and the girls volleyball team.

In 2010, the football team pulled off a 15-13 win in the CIF Division I State Championships against Centennial High School.

Earlier in the year, they also placed first in the CCS Championships after senior quarterback Christoph Bono threw a bomb to senior wide receiver Davante Adam, who scored the final touchdown.

In The Campanile Feb. 1, 2011 issue, Bono attributes his  Player of the Year Award to his team’s unwavering dedication.

“The [season] was pretty good, I mean we won the State Championship and were undefeated, so that part speaks for itself. But as a team, just seeing how our team went through a lot of different things, and how no one expected us to win [because] we were the underdogs may have given me an edge [to set me apart from the other athletes].”

Lastly, in 2010 and 2011, the girls volleyball team placed first at the CIF Division I State Championships. In the 2011 game, the team won three sets to two against Marymount High School.

Former senior Maddie Kuppe discussed her sudden boost of confidence in the final set of the game in the The Campanile’s Dec. 16, 2011 issue.

Note to readers: Peyton Wang is a member of the varsity girls swimming and diving team; in order to eliminate bias in the article, she did not write or conduct interviews relating to her team.