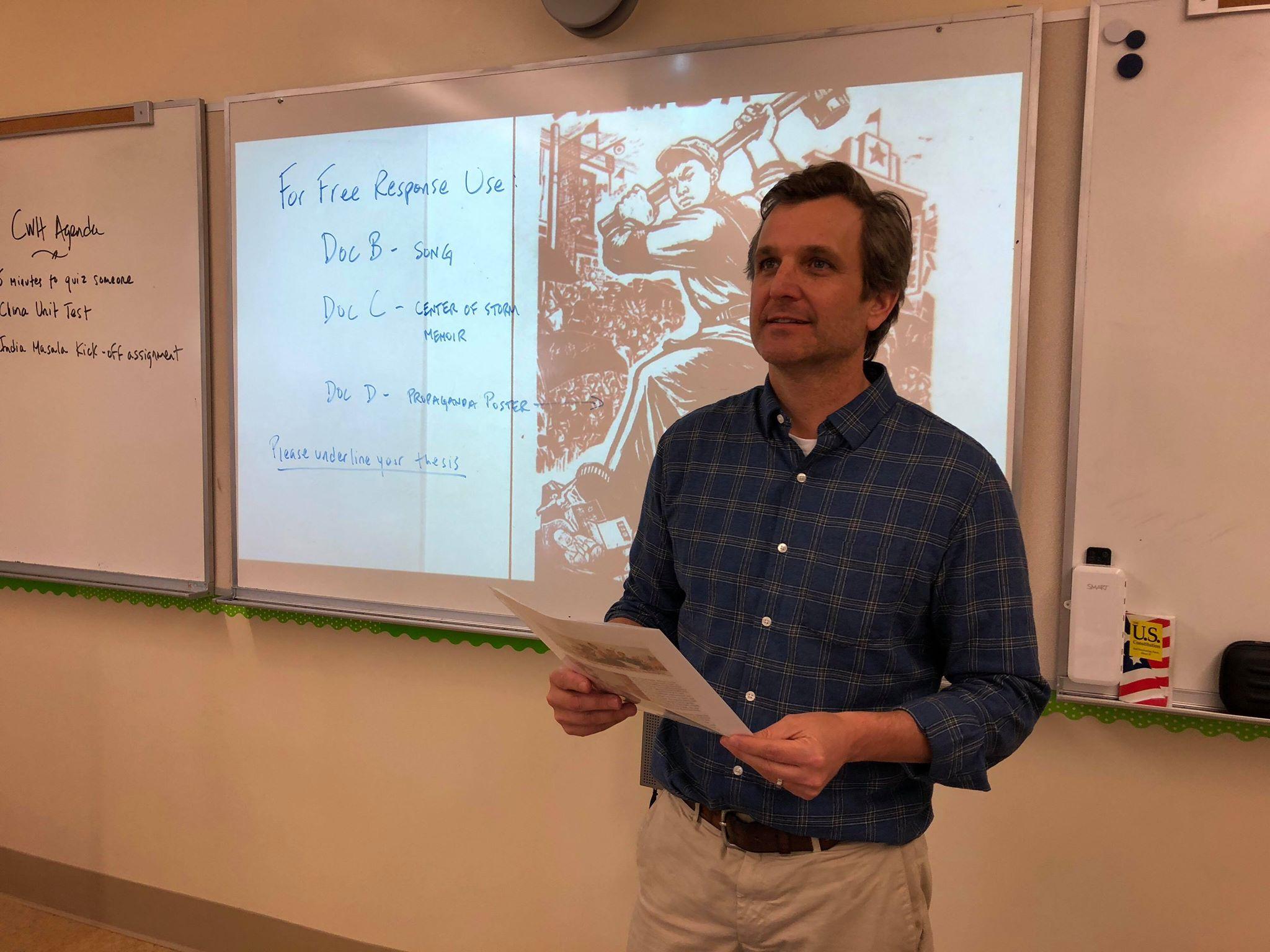 With the World War I era coming to a close and the World War II era just beginning to ignite (without the United States), Paly introduced a new course for students for interested in the anatomy of wars and, more importantly, how to resolve them.

“The course, taught fourth period by Tully C. Knoles and fifth by Mrs. Leona McCully, deals with problems of war and peace and is designed to give those who will soon be fighting on the battlefront a clearer conception of what the war is all about,” The Campanile reported in the March 12, 1943 issue. “Both classes have reviewed the causes of World War I and the defects of the peace which followed. Currently Mr. Knoles’ class is reading in the American Observer a series of articles about our allies, while Mrs. McCully’s is discussing the work of the League of Nations.”

Although the class no longer exists, a current class that draws parallels to it is U.S. Foreign Policy H, which is taught by Adam Yonkers and covers the policies that the U.S. uses in its relations with countries in Africa, Europe and Asia.

Because U.S. Foreign Policy is geared toward policy making and international relations, it is distinct from “World Problems” in that “World Problems” aimed more toward how students can achieve peace in the midst of World War II.

According to Yonkers, he believes foreign policy is important for students to learn because they need to be aware of how countries view the U.S. and how the U.S. impacts the world on many levels such as foreign aid, trade and the environment.

“Just off of the top of my head: a global sense, a world view, understanding not just from the outside in but inside out. We need to have a perception of how we’re viewed and not just thinking about projecting our voice on the outside world.”

Recent U.S. Foreign Policy student Jeremy Dou said he would certainly take World Problems had he been a student in the 1940s.

“Global relations is generally a really interesting topic. I think having a general understanding of what was taking place at the time would have probably been a good idea if you were about to enter the war. I would definitely take The anatomy of wars to further my interests in this area.”

Additionally, according to Varun Dutta, a previous U.S. Foreign Policy student and current U.S. Army National Guardsman, he would take the class because he thinks he would be better prepared if he were deployed.

“I probably would take that class,” Dutta said. “Although being in the Army we have to listen to our officers, if I don’t really have an awareness or an understanding of what’s going on, I’m probably not going to be as successful on the battlefield. But the class would probably make life a little bit easier because when we get briefed by our officers, I would know what’s going on.”

According to Yonkers, if he were teaching World Problems back in the 1940s, he said he would emphasize the global perspective so that students would know what the U.S. is thought of by other countries. Furthermore, he added that if he were teaching, he would try to explain the idea that wars hardly ever come to an abrupt stop.

“I think one of the interesting things is that people don’t realize that the war in Afghanistan is the longest war in American history,” Yonkers said. “We don’t have a world war but we have the war in Iraq which continues to kind of fester, and then the war in Afghanistan and because global issues cause everyone to worry about like Iran and North Korea, you tend to forget that a lot of World Wars were kind of neatly ended with a treaty or a surrender.”