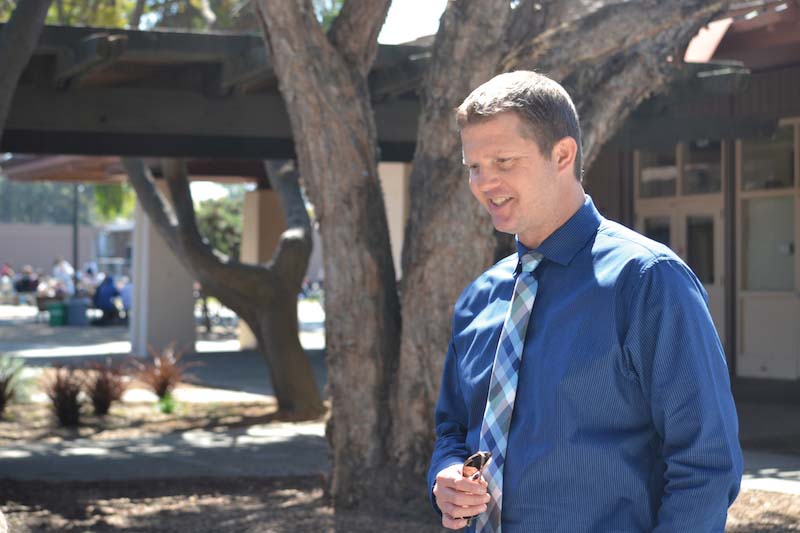 The Site Council was told about Paulson’s transition to interim principal by Assistant Principal Janice Chen at its meeting on April 17.

“[Paulson] seems like he is the admin who works with Mr. Hall and ASB-related things. He’s a pretty approachable guy and seems really sweet, and so I think he’ll make a great interim principal.”

In addition to ASB-related student activities, Paulson also currently oversees programs such as blended learning, Flex time and Camp Unity according to the Paly website.

Rodriguez, who was appointed interim principal on March 2 by the PAUSD Board, is going on leave due to the impending birth of his first grandchild, and will also become unavailable later in the school year, according to the letter sent to staff by Interim Superintendent Karen Hendricks.

As the Assistant Principal of Teaching and Learning, the administrator of the Class of 2019 and a previous elementary school principal, Paulson’s extensive experience in the District make him well prepared for the role as the acting principal.

According to Kumar, Chen said she was unsure if Rodriguez would return as interim principal this year.

Hendrick’s letter also stated Interim Assistant Superintendent of Human Resources Anne Brown will be conduct meetings with staff, parents, community members and students for input in the permanent principal hiring process. Students can share their input and opinions to PAUSD Board Members about the search for principal on April 24 during lunch in the Haymarket Theater.

Paulson didn’t respond to The Campanile’s requests for comment.