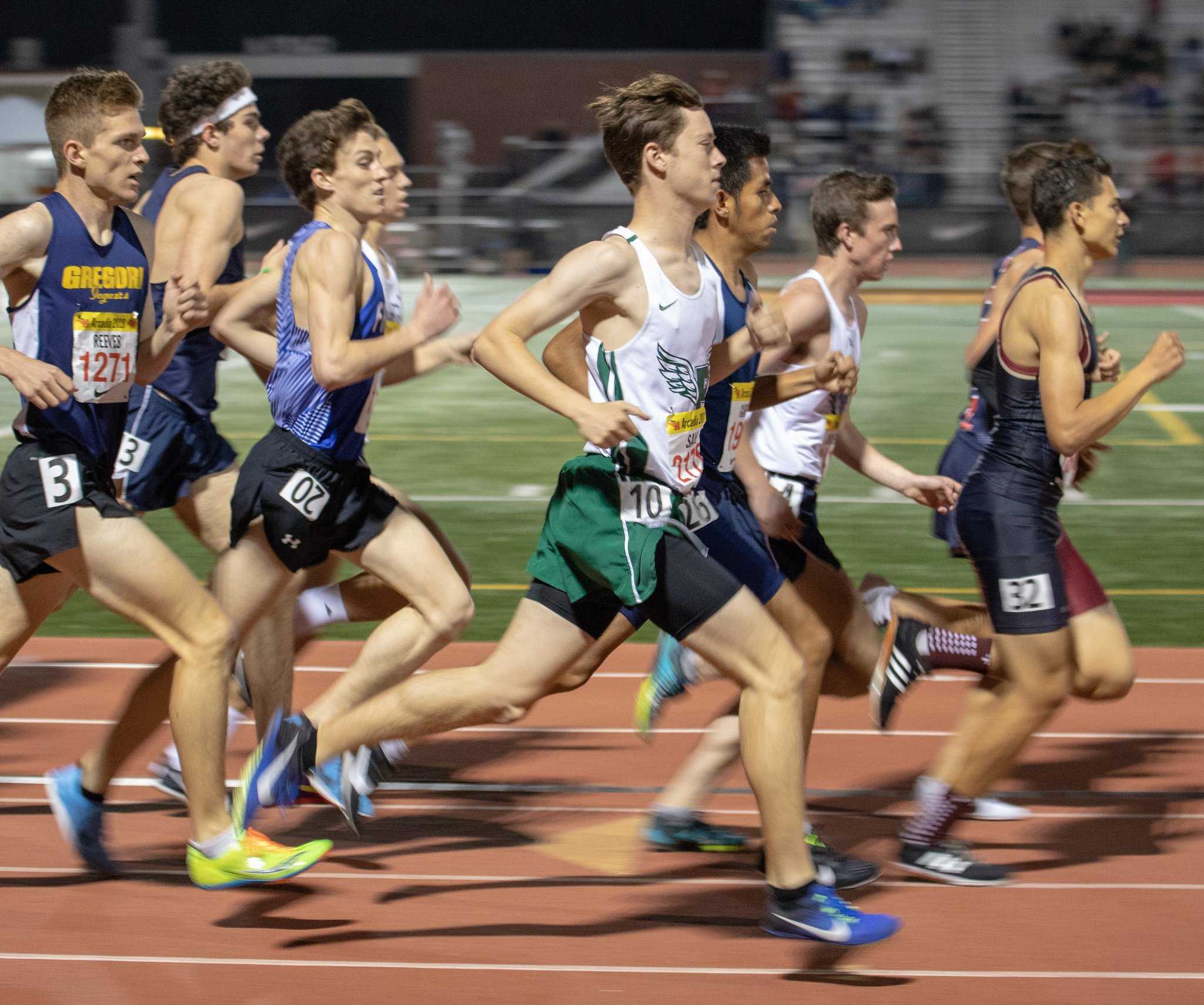 t is not often that athletes set new records or top the competition in the entire state. But for the Paly track and field team, that is exactly what several members have achieved at the recent competitions, such as Arcadia, Stanford and Milpitas Invitationals.

At the Arcadia Invitational on April 6 and 7, junior Henry Saul secured state ranking marks in the 3200 meter, ranking fourth in the state for juniors. At the Azusa Meet of Champions on March 24, senior Reed Foster placed in the 800 meter, ranking seventh overall. Both runners ran personal records in their races.

“Overall, the season’s been pretty good,” Foster said. “We haven’t been doing as well this year as last year; we graduated a number of our top athletes last year and there are some promising underclassmen, but they still have a little ways to go to.”

Nevertheless, the accomplishments did not end there. On the girls’ side at Arcadia, senior Adee Newman, senior Brianna Miller, senior Maya Reuven and sophomore Ella Ball all ran in both the 1600 meter sprint medley relay (SMR) and the 4×400 relay, placing third in their heat and overall with a time of 4:15.64 in the SMR with Miller and Reuven running the 200 meter, Newman running the 400 meter and Ball running the 800 meter.

The boys distance team also ran their way to victory at the Stanford Invitational on March 30 and 31. At the meet, Foster, Saul, Sam Craig and Bryan Kagiri set a school record in the distance medley relay, running a time of 10:25.

The team found similar success at the Lynbrook and Milpitas meets on March 27 and April 12, respectively.

“Despite the [Milpitas] meet being handtimed, which means the times are not official, the wind being strong and some people being injured or sick, I saw strong performances across the board,” Newman said.

But no success comes easy. Although the team’s triumphs can be attributed to their hard work and determination thus far in the season, the intense training as well as frequent meets have taken a toll.

“We’ve had a lot of meets in the past month, which has been difficult because it not only makes fitting in workouts hard, but it’s also really mentally fatiguing because these really big races (Azusa, Stanford, and Arcadia) take a lot out of you,” Foster said. “Right now, we’ve got a bit of a lull in competition.”

Despite this brief lull, the Vikings are ramping up training in preparation for Central Coast Section (CCS) and Santa Clara Valley Athletic League (SCVAL) trials and finals, which will be held at Paly on May 1 and 3.

“At this point, we’re all working on getting to CCS,” Ball said. “The series of CCS qualifiers starts in a couple of weeks, so at this point everyone’s just trying to dig in and get some hard training before we have to taper off.”