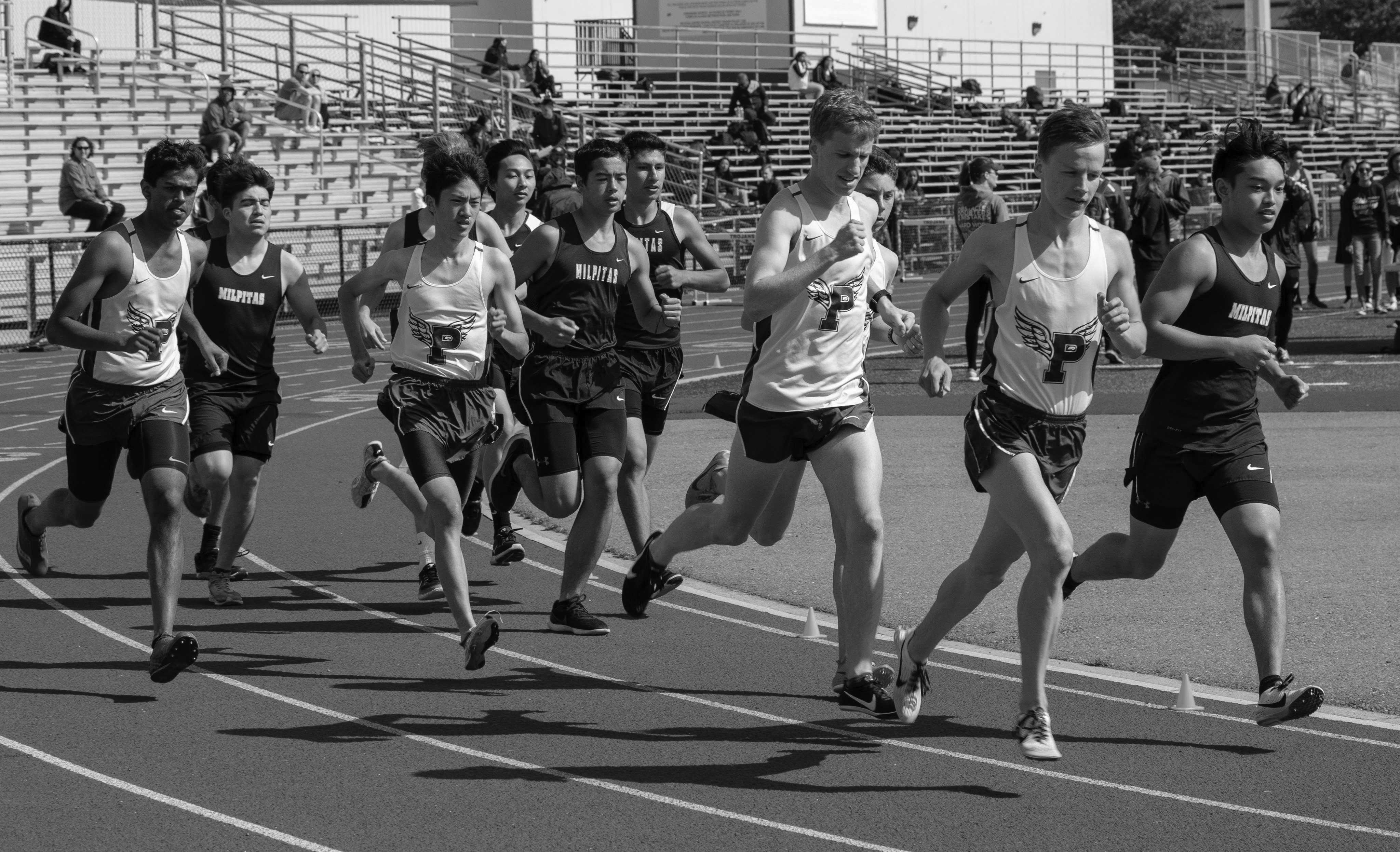 John Tayeri
Sports
May 9, 2018
Senior Reed Foster takes off in a panic, sprinting for an ideal spot in his race. His competition is strong, and adrenaline pumps through his body. Foster’s event, the 800 meter run, is notorious for being one of the most challenging races in track. However, he persists through the pain, beating his competitors and clocking in at 1:54.09, a personal best.

Foster is one of many students at Palo Alto High School who participates in strenuous sports. These sports are time-demanding, tiring and sometimes dangerous.

After a negative experience, such as a crushing loss or a brutal practice, these athletes often question whether they made the right choice to join a certain team. Nonetheless, certain things tend to sway them back into playing sports. Every athlete needs some type motivation when playing sports, to fight against the pain and fatigue they go through. Several things motivate them to not only stay active in the sports they play, but also drive them to improve.

One of the biggest driving factors to improve in sports is the desire to be the best. This trait is innate, and it does not apply to only athletic activities. People challenge themselves to become better at things that they particularly like. For example, a student who is fascinated by chemistry will want to score higher than their peers on tests in that field.

“Certainly at a meet, [winning] really validates the training I’ve been doing, and it shows that what you’ve been doing is working. When I get good results, I receive a good feeling that is difficult to explain.”

Student-athletes long to be the best for many different reasons. At a high enough level, students can end up competing collegiately.

Paul Thie is a junior attending Paly. This year, he has competed in varsity football, soccer and baseball.

“One thing that pushes me to get better is the idea that I may get scouted or recruited one day,” Thie said. “I want to get noticed by coaches and the only way to do that is by working hard to get better. No matter what division I may play at in college, there will always be kids working harder than I am, so I feel a need to do the same thing and claim the upper-hand.”

Students also like to show off, and showcasing one’s athletic capabilities is no exception. Whether it’s casual Snapchats from friends at the gym flexing their biceps, or messages saying their team won a tournament, many students want to brag and gain popularity by becoming a star at the sport they play.

Another thing that inspires people to become better athletes is pride. Whether it is familial pride, school pride or national pride, many play sports to represent a group. Most high school students represent their families and their school when they compete.

While pride can be a motivator, it can also lead athletes to cheat in an attempt to avoid disappointing results.

“Whenever I lose, I hate the feeling. I feel that I disappointed my team and my school. I strive to get better so I don’t ever get that bad feeling anymore.”

Losing in competition is frustrating; whether athletes gave it all they had and lost by a thin margin or if they get blown-out, recovering from losing in a game is always tough. Sometimes losses are so tragic that athletes question why they should continue to play.

“If I have a bad race, one strategy is to first be frustrated about yourself and what happened,” Foster said. “However, if you dwell too long on everything that went wrong, you are not reminded of the things that went well in your race. I try to focus on the positive aspects of my race whether I placed well or poorly.”

Losing is only one of the many obstacles athletes face when they play sports. Playing in games is the most important, but practice can be just as strenuous and demanding.

“Sometimes you have workouts that make you feel terrible, but in those times I remind myself that they will ultimately make me a better runner,” Foster said. “That makes me feel like I am doing the right thing by training hard.”

There is a particular thrill or sensation that athletes experience in big moments during sporting events. Being overly worried will usually worsen performance, but playing with the right amount of anxiety can go a long way. Adrenaline is a hormone released by the brain when humans are stressed, angry or fearful, all feelings athletes undergo in sports. This hormone increases muscle strength and increases glucose production, giving us more energy.

Coaches have a huge impact on their athletes; they are the most important motivational figures to the athletes themselves. Although coaches all have the same goals for their respective teams, their techniques and methods vary in order to get there.

Which system of coaching is the most effective? In most scenarios, coaching younger players requires an abundance of patience and quick desicion making. This is due to kids’ hyperness and lack of focus. These coaches have to bargain with their players, saying things like “You will all get popsicles if you can do this drill properly!”

Other coaches use a method of intimidation to motivate their players. Instead of rewarding athletes for doing well, these coaches will punish athletes for underperforming. Athletes will tend to play for such coaches when they are competing in higher levels.

Motivation is only one of the many topics covered by sports psychology. It is important to know about because we would not have the incentive to continue playing sports.