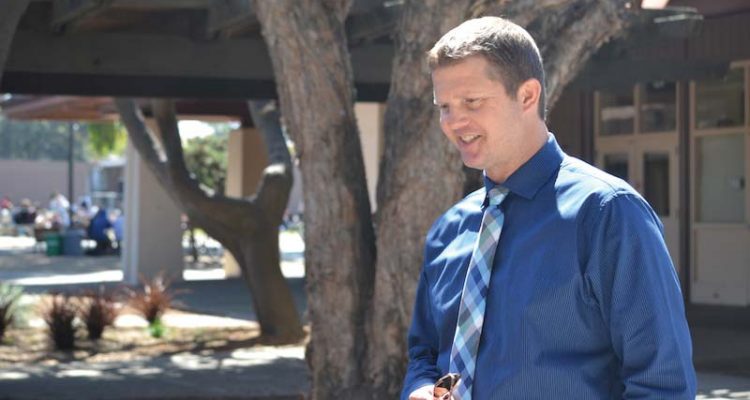 Paulson’s appointment will be presented to the Board for approval on May 22, according to an email announcement sent by Interim Superintendent Karen Hendricks. He will assume his position as principal on July 1, following current Principal Kim Diorio’s official resignation after her 13 years of service to the district, including five years as principal.

According to the District release, Paulson is well qualified for the position, with 16 years of experience working in education and an extensive background in teaching and managing a myriad of responsibilities at Paly.

Since 2014, Paulson has been working as an administrator at Paly as the dean of students, experiencing both managerial and student-centered aspects. According to the Paly website, his current role as Assistant Principal involves overseeing student activities, attendance academic integrity, blended learning, technology and other facets of administration.

With this broad background in education and a familiarity with Paly and its students, Paulson is stepping up to be principal and leading the school into its future.