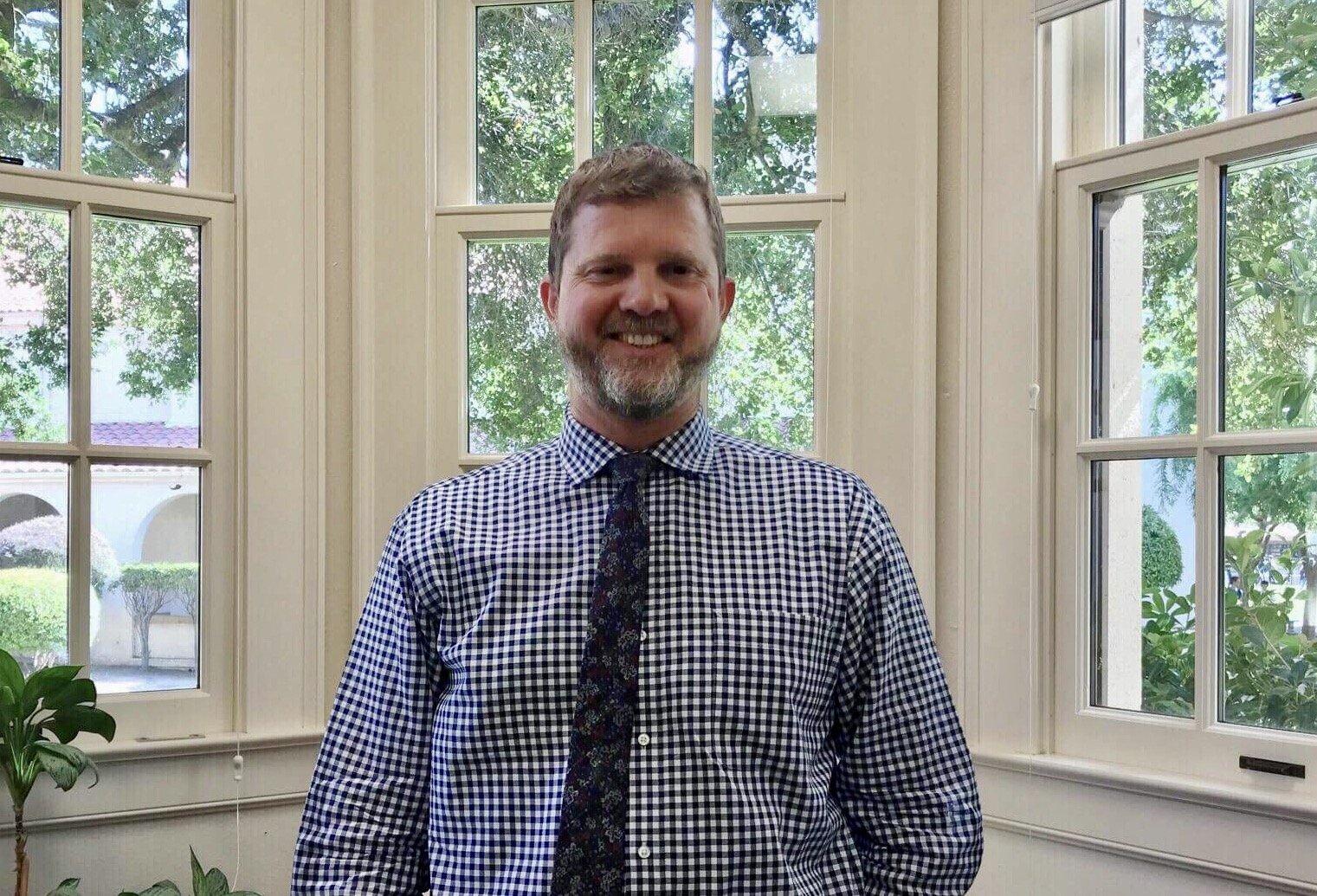 Board approves Adam Paulson as principal

Annie Chen, Miranda Li and Neil Kapoor
News
May 22, 2018
Following weeks of deliberation by the Principal Review Committee, the Palo Alto Unified School District (PAUSD) Board of Education approved former assistant principal and current acting principal Adam Paulson to be the new Paly principal on May 22.

According to an email announcement sent to the PAUSD community by Interim Superintendent Karen Hendricks, Paulson will assume his role as principal on July 1, following Principal Kim Diorio’s official resignation after her 13 years of service to the District, including five years as principal.

According to the District release, Paulson is well-qualified for the position; he has 16 years of experience working in education and an extensive background in teaching and managing a myriad of responsibilities at Paly.

Since 2014, Paulson has been working as an administrator at Paly as the dean of students, overseeing both managerial and student-related aspects.

“I’ve been an administrator for 10 years now. I think anybody that’s in educational leadership wants to be a principal. That’s why you study to become an education leader, to be in those positions where you can [have] influence. Being a principal here will give me that chance.”

Paulson’s previous role as assistant principal involved overseeing student activities, attendance, academic integrity, blended learning, technology and other facets of administration. As Paulson has formed bonds with students and staff as an administrator these past few years, former principal Kim Diorio believes he will have a smooth transition into his principalship.

“I’m thrilled that Adam Paulson has been hired as the next principal of Paly. This was a great decision by all involved. Mr. Paulson cares deeply about our entire school community and he brings years of instructional leadership and a student-centered vision to the role. He is a good listener, has a calm presence and, at the same time, enjoys having fun with students and staff alike. His understanding of our institutional history and the many positive relationships he has already built with stakeholders will serve him well.”

“[Paulson is] a very even-keeled-type person, so I think he’s great for the job,” Berkson said. “He’s been here for four years now, so he knows the place well. He’s been a principal before [and] he had a great team going for this year, so there’s a lot of continuity, which is important.”

“I think [Paulson’s] a perfect fit,” Billman said. “He not only has experience in the classroom and being an administrator; he’s also worked on this school site for many years. He has a vision for the future, and how he wants to move Paly out of this … dark shroud that’s been over the school for the past nine months.”

Paulson has already set three main goals that he will work towards as principal with fellow administrators: systems alignment, high-quality teaching and learning and innovative school cultures. He is also hoping to emphasize communication and collaboration between students and staff.

“It’s important to work with my own leadership team to understand what work we want to tackle for next year. You definitely have to make priorities because you can’t do everything, but I think it is important to at least tap in, especially with the student leadership, and [see] what the issues [the students] are concerned about … So I’ll probably spend a little time with the students at the start of the year just trying to understand where [they] are coming from too.”

“I’m a huge proponent of non-traditional curriculum and pedagogy,” Paulson said. “As a teacher myself, I’ve had some really non-traditional experiences. I have taught classes for four hour project-based learning classes, [and] I have done a lot of travel education with kids. I really like to see non-traditional classes like AAR. I think it just gives kids a more authentic place to learn. When your learning’s attached to a project or a real-life situation, I think it’s more interesting and exciting.”

After returning to Paly today, Diorio is planning to assist and support Paulson as he transitions into the role of principal.

“We’ve already been discussing ways we can work together over the next three to four weeks before I finish my service in the District,” Diorio said. “It’s a challenging job and there is a lot to learn, so I’m happy to support, mentor and coach Mr. Paulson to the extent possible so that 2018-2019 gets off to a great start. The school is in good hands with Mr. Paulson which brings me a lot of peace regarding my decision to resign . . . I think over time, Paly will only improve under Paulson. I have no doubt that Paly will continue to be a safe and welcoming school and that Mr. Paulson will lead with an equity lens.”

Lastly, many students hope that Paulson will provide a new spark for Paly and the surrounding community.

“I think [Paulson’s] going to give the community hope again. Ms. Diorio did a great job of that and interacting with the students, and I think he’ll do the same … I think he’s going to work his hardest to close the achievement gap that we have, in addition to providing a path for the community in regards to mental health and suicide prevention … and continuing Ms. Diorio’s legacy [while also] forging his own.”

With his many qualifications and the support of Paly students and staff, Paulson is excited to be stepping up as principal and leading the school into its future.

“I am looking forward to a fantastic year next year,” Paulson said. “I just want to get back to basics and see really good teaching and learning and just build a positive culture here.”