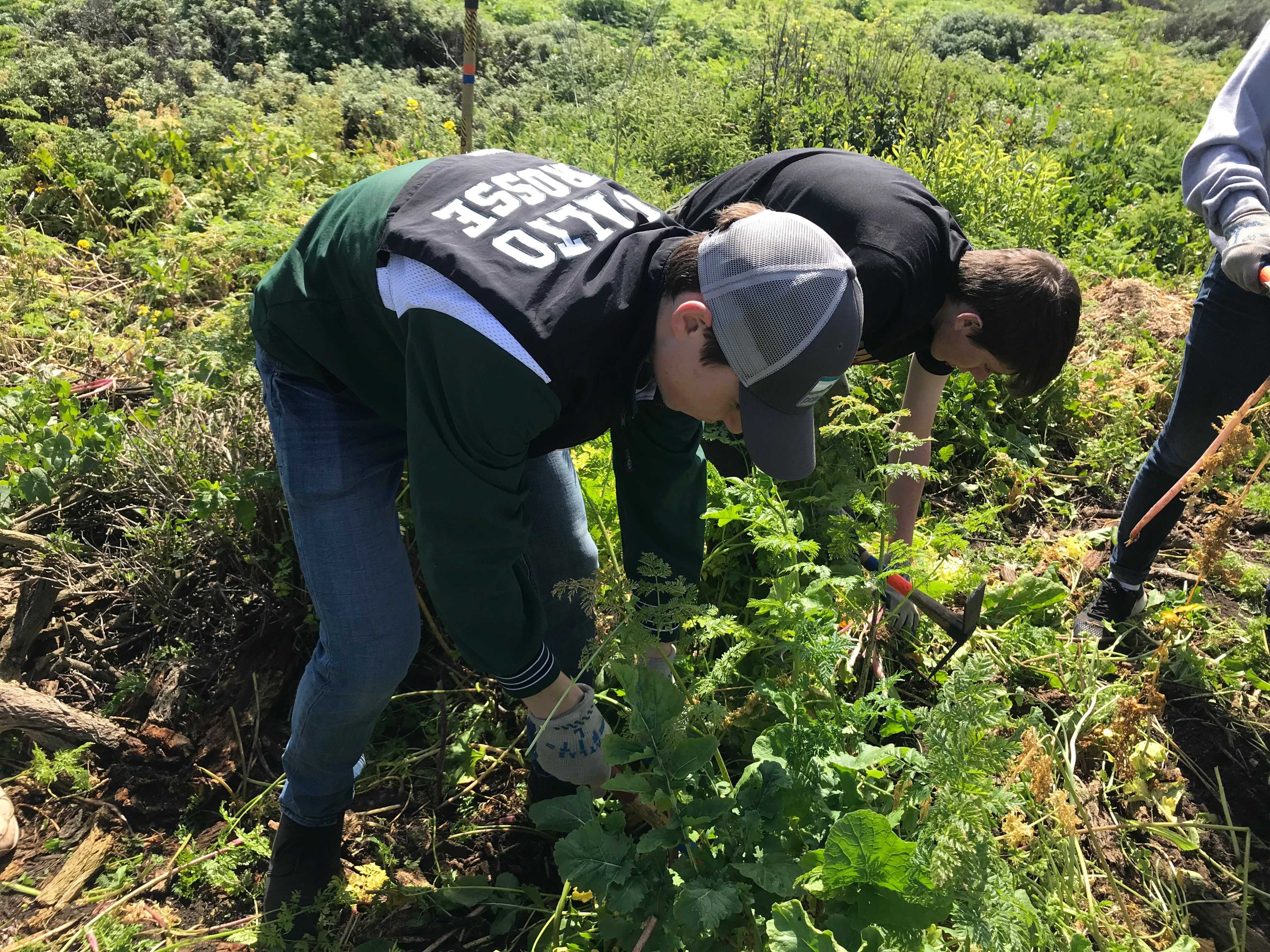 In order to provide opportunities for student volunteers, Palo Alto’s Youth Community Service (YCS) Interact Club hosted service day on Monday, April 23, a designated Flex Day. The event was held from 9 a.m. until 2 p.m. — though students were to report to Paly at 8 a.m. —  for students who wanted an opportunity to volunteer. The event offered 256 spots for student volunteers to sign up for. According to YCS co-president Mailinh Truong, approximately 220 students volunteered in the 14 events that were offered.

“Volunteers gained hands-on experience with habitat restoration and they got to enjoy a day outside with their friends,”

Senior Will Schmutz worked at Half Moon Bay for six hours during Service Day.

“Half Moon Bay was awesome,” Schmutz said. “During lunch, we got to go on the beach to eat. On a more serious note, though, giving back to the community is something that I take pride in. As a Boy Scout, I’ve always learned to give back to the community, and this opportunity allowed me to do that, so I’m thankful for it.”

While some travelled further, junior Kenzo Morabia wanted to stay closer to Paly and took part in the Grassroots Ecology Program.

“I chose to do my community service in East Palo Alto because the majority of my friends signed up for it,” Morabia said. “While we were able to help the community and keep the land we worked on as healthy as possible, I used a good portion of the time to socialize with my friends.”

Additionally, senior Kasra Orumchian was motivated by the event, and now has a passion for protecting the environment.

“I originally did Service Day for APES extra credit. After spending time pulling out invasive species and realizing how important it is to preserve areas of land, I look forward to engaging in future service events.”

Fortunately, for students such as Orumchian who have a passion for volunteering, Service Day is an annual event and will be available for the next wave of volunteers to join next year.

According to senior Interact Social Chair Iris Yuan, service day was full of excitement despite being during an optional Flex Day.

“I think this year it went a lot more smoothly than we were expecting,” Yuan said. “We were worried that because it was an optional Flex Day no one would really sign up because most people would rather sleep in. Many of the slots were filled, and from what I could tell, people had a good time.”

After returning to Paly, students filled out a form about what they learned from their service. Next year, YCS hopes to expand its events so that more volunteers are able to participate.