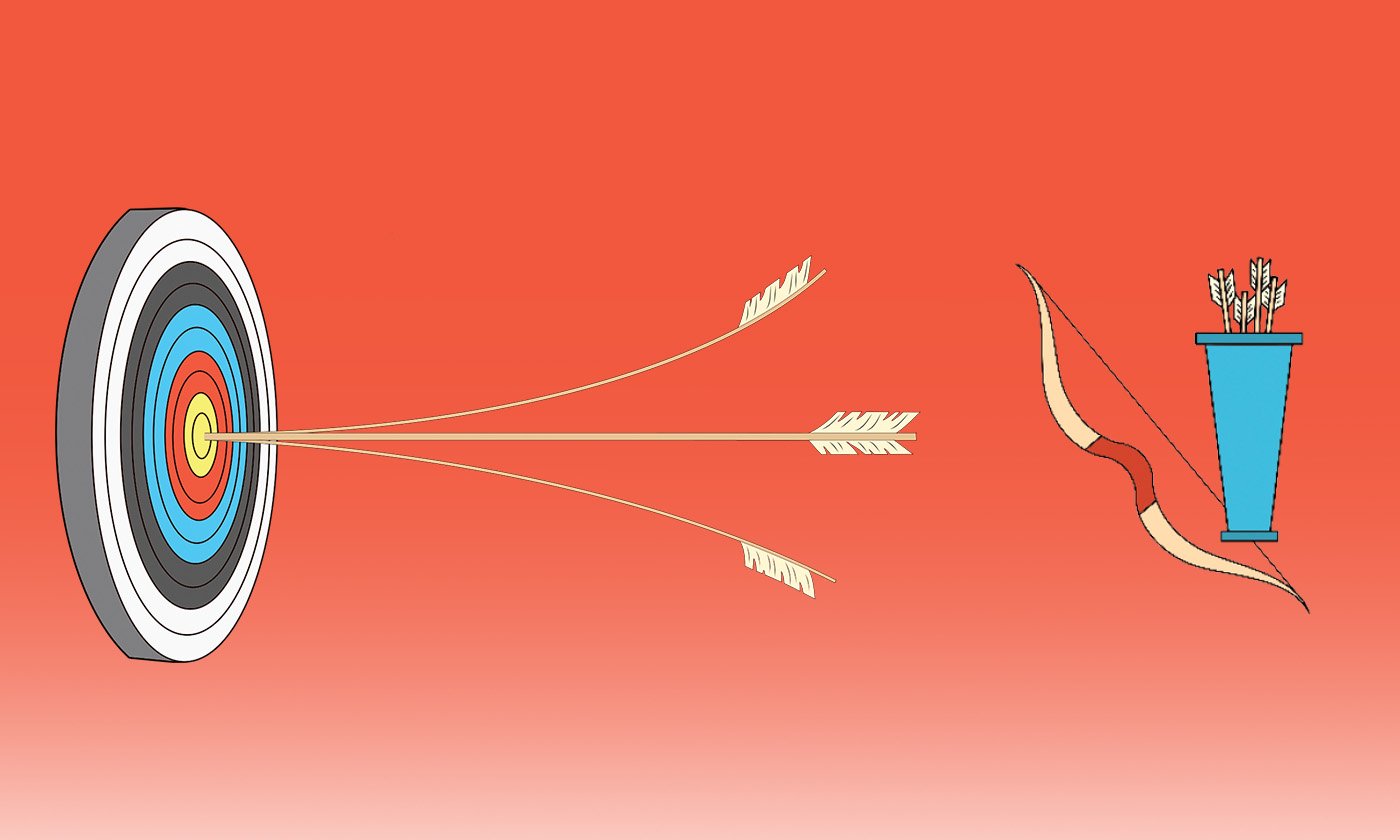 Archery: A sport for the body and mind

Sophomore Margaret Li shoots arrow after arrow at an archery tournament in Gilroy, Calif.; her victory here placed her as first in her division and qualified her for Sacramento Nationals for the second year in a row.

“I was extremely proud that my practice had paid off,” Li said.

At tournaments, archers shoot in divisions, known as bowman, cub, cadet, junior, senior and master, classified by age and gender as per USA Archery regulations. Scoring is based on the points associated with each concentric ring. An arrow closer to the center yields a higher score.

According to Li, archery is a difficult sport to master, both physically and mentally. Physically, one must train to increase their bow poundage, which is the weight applied to an archer’s fingers when the bowstring is fully stretched. This can range anywhere from 10 to 75 pounds.

“Archery is about consistency so it’s important that you can handle the bow weight,” Li said.  “When I got a new bow, I had to practice more to increase my strength to handle the new poundage. After increasing the bow weight, you know you are used to it when you can shoot 100 arrows without getting tired.”

Training to increase one’s bow poundage while maintaining consistent shots involves many activities, such as practicing Specific Physical Training (SPT) for endurance. SPT trains the specific muscles needed for archery by having archers draw and hold their bow for period of time ranging from 30 seconds to a minute for 20 repetitions.

This exercise must be done with proper form to reinforce muscle memory. Unlike what many people assume, the muscles archery focuses on are he ones in the back, specifically the scapula, rather than the arms.

“[One of the most important techniques] is definitely learning how to use your scapula,” said Alicia Kao, a member of the Stanford Archery Junior Team. “That’s the one muscle that makes the whole shot work. If you use [only] your arm muscles, it won’t be consistent enough.”

However, despite benefiting from strength and endurance in the arms and back, archery requires willpower and a strong spirit above all else, according to Kao.

“Archery is by far more mental than physical,” Kao said. “Yes, being strong might mean you can pull a heavier-poundage bow . . . [but] I have also been at tournaments where there was someone who used their teeth and a sort of mouth guard to pull the string because they did not have function over their arms. [Archery is] primarily [a] mental [sport] because your mind is in control of the smallest details that make a really big difference in your shot.”

“For a lot of people, you put in a lot of hours of hard work and when you shoot a [bull’s-eye], it just feels good,” Kao said. “When you finally perfect your shot, it all seems worth it.”

“The first time I hit a gold, it was probably by pure luck because I had just started archery then,” Li said. “But once I could consistently hit the gold, I felt really proud of all the practice and training that went into it.”

In fact, Li said she enjoys archery so much, in her free time, she coaches children with special needs at the Los Altos Hills Archery Club in order to introduce others to the sport.

“I volunteer there every Saturday,” Li said. “I guess you can call it my happy place, because I love working with kids . . . It’s rewarding to share my passion with others.”

According to Li, archery has many benefits, such as teaching applicable life skills like perseverance and patience because not every shot is perfect. It also teaches one how to hone ones focus and perform under pressure.

However, both Kao and Li say the most rewarding part of participating in archery is becoming familiar with the community.

Archery is one of the world’s oldest sports, with roots in ancient civilizations around the world, used for both hunting and warfare.

In the Ancient Near East, carvings in Egyptian tombs from 5,000 years ago depict legendary figures providing archery lessons. In the palace of Darius I, the fourth king of the Persian Achaemenid Empire 2500 years ago, a frieze illustrates two archers holding recurve bows. One hundred years later, ancient Greek philosopher Xenophon described the usage of longbows in the city of Corduene, Greece.

In the Greco-Roman era, many practiced archery, and Cretan mercenary archers were commonly sought after. Greek god of archery Apollo and goddess of hunting Artemis were often depicted holding bows. In 4th century Rome, archers became useful assets in armies across the empire.

Across the world in East Asia, archery was a essential part of Chinese history, culture and philosophy. Archery was one of the six noble arts of the Zhou Dynasty 3200 years ago and was an important skill for Chinese emperors. South Korea also adopted a military examination system with a focus for archery skills.

However, with the development and adoption of firearms, the bow and arrow eventually became an outdated and neglected form of warfare. With a strong standing in the cultures of many ancient civilizations, archery became less of a weapon for battle and more of a fancied sport, ensuring that it would continue to be practiced to this day.

Barebow archery, also known as traditional archery, features a thin, elegantly curved wooden bow. Using a barebow is considered the most traditional and purest form of archery because of its simplicity– it features only two basic limbs, a grip, string and riser, without additional mechanisms.

An Olympic recurve bow is essentially a barebow, but possesses sights, which are devices that help improve aim by using a pin, circle or lense to help archers hit the target. It also has stabilizers, which are weights that are mounted on the bow to absorb vibrations on the bow and keeps it steady.

The longbow is an extremely tall bow– nearly the height of the archer, with a slight curve and relatively narrow limbs. It is a simple bow that can be crafted from a single piece of wood. Because of its build, the longbow needs is less powerful and needs to be longer, and more elastic than other bows.

The compound bow utilizes a levering system of cables and pulleys to bend the limbs. It is considered the most modern bow because of its mechanical components. The rigidity of the compound bow improves aim and makes it the most energy efficient of the bows.