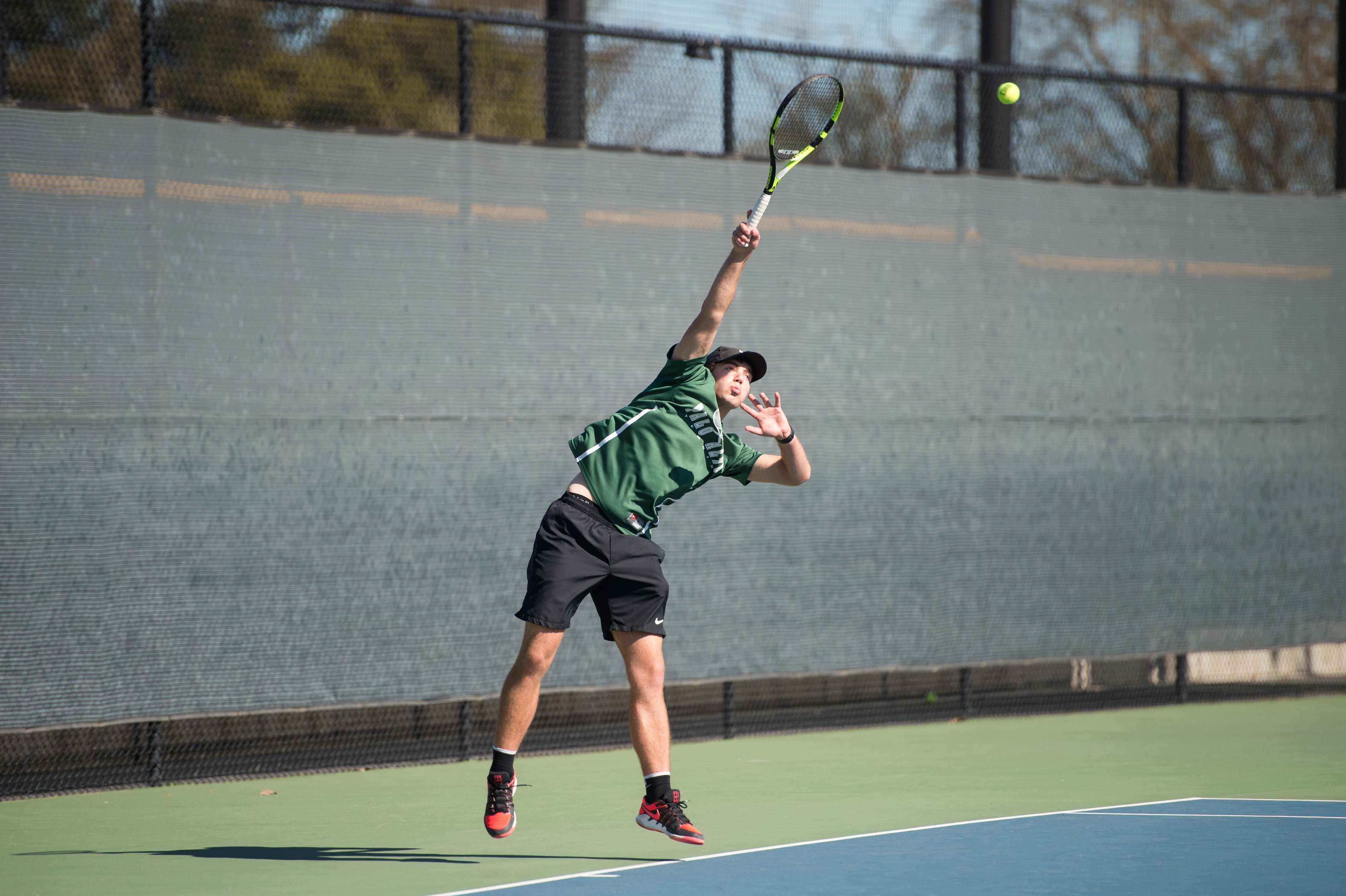 Though the boys varsity tennis team waged a hard-fought battle to avoid relegation, head coach Andy Harader is demoting the team to the less competitive El Camino League next year after ending last season with a conference record of 2-10 and an overall record of 4-10, finishing second to last in the Santa Clara Valley Athletic League (SCVAL).

Three weeks ago, players competed at SCVAL finals in the last few matches of the season.

“Unfortunately, I got a pretty tough first round draw,” North said. “I had a lot of fun competing with the best players in the league, and take the opportunity as quite an honor.”

These losses, as well as many others throughout the season, can be attributed to a number of challenges the team faced, according to Harader.

“Most of our improvement needs to be mental with more attention to commitment. [We had] a rough year with all the rescheduling of matches due to rain and lockdowns. Many non-league matches [were] not played.”

Senior Preston Sterling and freshman Matthew Ho said the team could have focused more on winning the tiebreakers that constantly arose through the season.

“A lot of our matches were pretty close, [in which] the other team beat us by just one match,” Sterling said. “We could definitely work on 10-point tiebreakers because that’s the deciding game to win a match.”

The team lost 4-3 in matches against Cupertino, Gunn, Homestead, Saratoga and Los Gatos.

“[We] were just unable to come through multiple times,” Ho said. “I think we just need to stay loose [and] not get tight when it’s the deciding match.”

Some players also said a lack of focus contributed to the losses.

“In multiple matches, we had trouble staying focused and maintaining our intensity,” said sophomore Samuel Xing. “In a couple of our really close matches, we won all of the first sets, then proceeded to lose the next two.  If we had stayed focus, we could have closed out the matches easily.”

Despite moving down a league, the team’s goal for the future is to to be league champions.