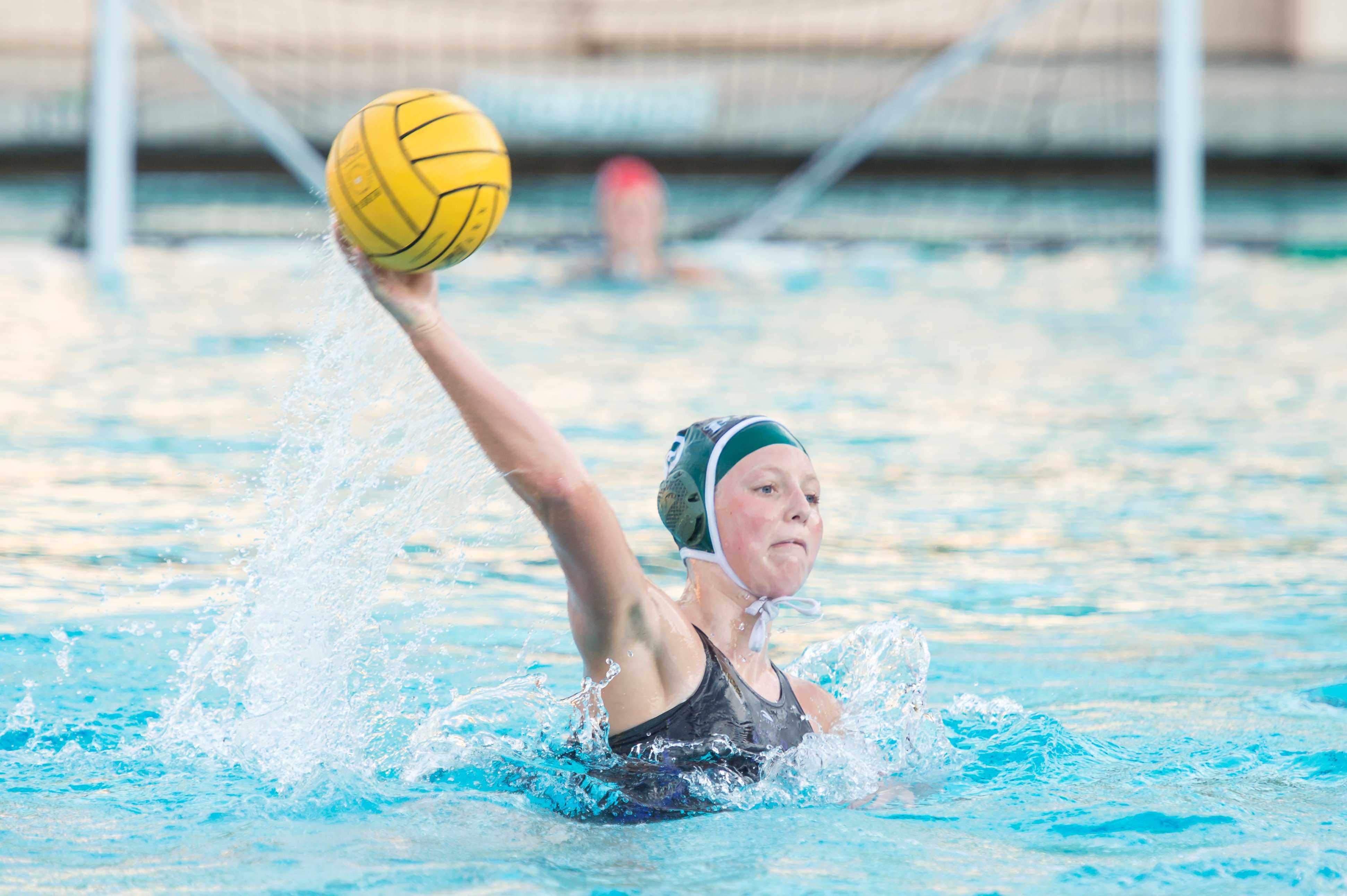 Despite losing over half of its varsity players with the graduation of last year’s senior class, the girls water polo team aims to extend last year’s successes in the Santa Clara Valley Athletic League (SCVAL), according to head coach Doug Stotland.

The team kicked off the season with a victorious home game, beating Carlmont High School 8-2.

“We’re disappointed we didn’t win but are encouraged to see how well we matched up with one of the strongest teams in the area.”

According to sophomore Hana Erikson, the team previously had 15 varsity players but has shrunk as a result of last year’s exceptionally large senior class.

“We had eight seniors who left, so we’re a pretty small team right now,” Erikson said.

According to sophomore Lulu Gaither, the departure of so many teammates has left shoes to fill and a legacy to protect.

Last year, the team made it to the quarterfinals of the CCS tournament, after placing fifth in the league.

Like many other sophomores, Gaither will advance from her spot on junior varsity to replace graduates Sophie Frick and Sabrina Hall in their positions as setters on the varsity team.

In order to help with the transition, Frick, Hall and other graduated members mentored incoming players during summer practices.

“We have a lot to learn because we have so many incoming freshmen and sophomores on varsity, but it’s going to be really fun and I think we’re going to learn a lot.”

As new players learn the ropes, junior Alexandra Leehopes believes positive attitude, quality coaching and a strong work ethic will drive them beyond the quarterfinals of the CCS tournament.

“I’m super excited for the season to get going,” Lee said. “We’ve had a lot of high energy practices [and] we’ve been doing a lot of conditioning, so I feel super ready to play.”