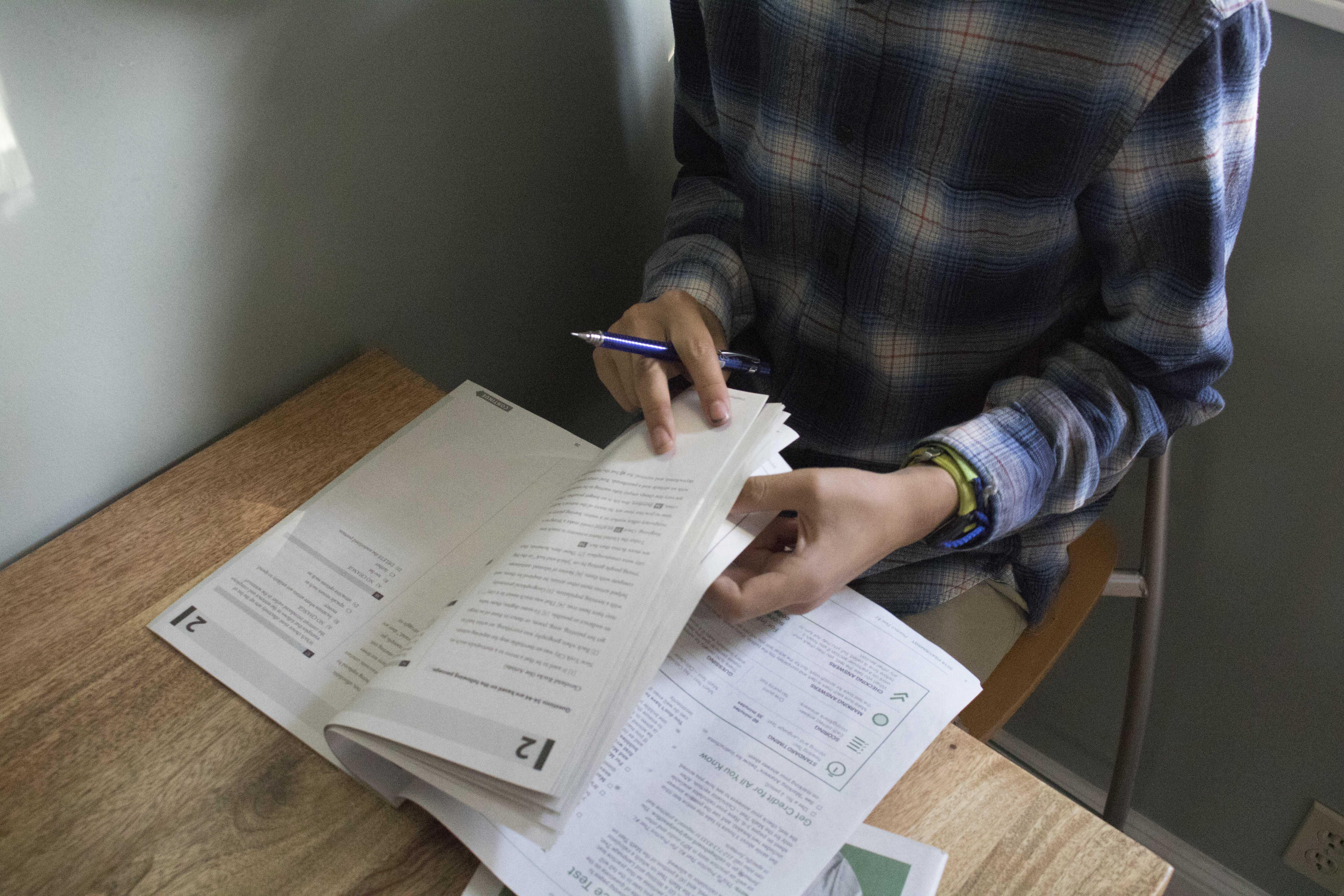 Alleged use of recycled questions on SAT impacts students

The alleged use of old questions on the SAT test on Aug. 25 has upset high school students across the country.  Some students are said to have gained an unfair advantage because they had seen questions from a previous test administered by College Board internationally in October 2017. Those test answers had been circulating online for months and were easily accessible to anyone who searched for past SAT tests.

Some students immediately started a petition to get administrators to cancel scores. On Aug. 25, a parent filed a class-action lawsuit against College Board in U.S. District Court in Florida.

College Board administrators have been known to recycle questions from old tests. In fact, a go-to study method for many students is to search for old, administered tests to reuse as practice, which explains how fast the October exam circulated online.

The controversial matter found its way to Paly campus, where juniors, who are just starting the testing process, and seniors, taking their last exams, expressed disapproval towards the incident.

“I understand how standardized testing can get challenging creating new tests for every single date. But [College Board] needs to realize that some students will want to get access to past tests, so it’s inevitable that they do. It’s not [the students’] fault either— they’re using that to their advantage.”

Senior Alyssa Gee expresses her concern of how the alleged reuse of the October 2017 exam may negatively affect her, especially with a jam-packed schedule that includes school and college applications.

“It’s [the College Board’s] job to make the test,” Gee said. “And then they don’t. I studied over the summer to take the August SAT. If they end up canceling the scores it shouldn’t be the students’ fault. Personally, my schedule would get messed up.”

Although the College Board recently confirmed they are to release scores on schedule, avoiding the question of test duplication, many students continue to question the possibility of the leak. The resulting curve of this test can also tarnish seniors’ chances of being done with standardized testing before early application deadlines for college.

“The people who might have seen the test before should not be penalized,” Akella said. “But that also means that that messes up the curve for the rest of the people who didn’t see the test. When the actual organization that is preparing these tests doesn’t catch these things, it’s really disappointing because you think that they would double and triple check before they release it.”

Junior Davis You emphasized the convoluted situation of this problem that College Board put themselves in by “not learning from their past mistakes.”

“I did expect the College Board to administer an original test because that’s their one job,” You said. “The incident was really irresponsible of them. This is something that has happened before, and they haven’t learned.”

Although College Board has not directly addressed reports about the security breach before the test was administered, they issued a statement reassuring that they were tackling the alleged problem.

“We recognize that organizations and individuals will consistently try to challenge the system and find new ways to cheat, which is why we continue to enhance our test security measures,” the College Board said in a message to NBC News. “We are compelled to take bolder steps to ensure the SAT remains a valid, reliable tool for college admissions.”.

However, the test-leak dilemma has occurred several times over the past years. According to VOA News, test preparation companies in Asia have been known to provide test questions to students within hours of a new SAT exam administration. Additionally, numerous Reddit blogs have allowed students to post test questions before site administrators can shut it down.

Another controversy regarding the College Board came at the end of the last school year, when June SAT exam takers were outraged over the harshness of the curve. The June exam is usually considered a good retake test for students who have already taken the SAT and wish to get higher scores, since it is the last test before summer break. However, several students said that although they had fewer overall incorrect questions than previously taken exams, they got scores lower than or around the same as their previous scores, according to NBC News.