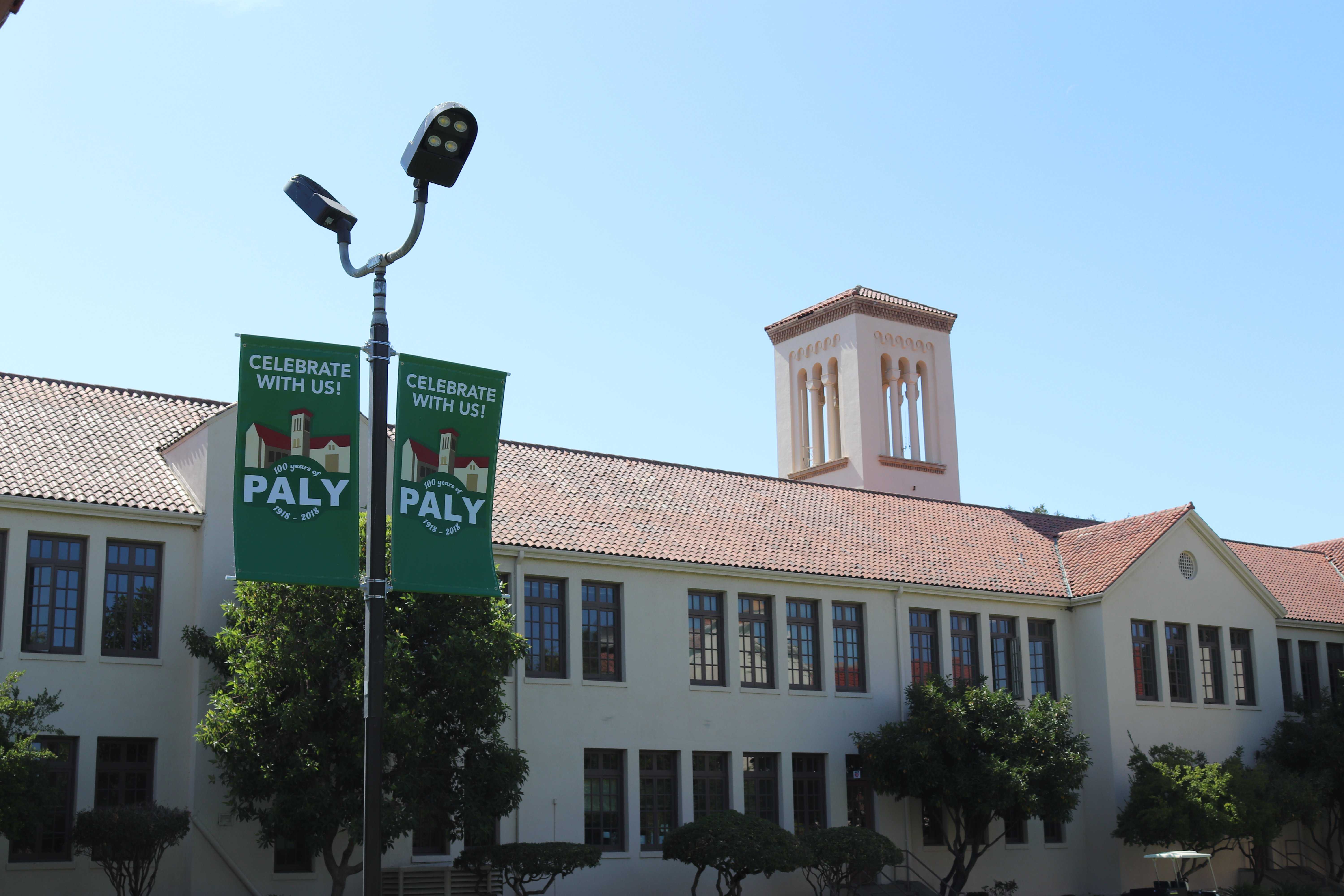 Kicked off with an alumni-hosted barbeque on Aug. 23, Palo Alto High School will celebrate its centennial birthday this 2018-2019 school year, paying homage to 100 years of history and remarkable education.

Paly will host a series of events throughout the year to celebrate the 100-year mark, finishing with an event commemorating the school’s native newspaper, The Campanile, on March 23.

“I did know it was turning 100 years old,” said senior Jacob Chernyak. “I didn’t plan on participating in any of the events, but I might.”

According to the Paly Alumni website, the next Centennial event will be the Historical Parade on Oct. 7. The Historical Parade is a reenactment of the 1918 march from the original Channing Avenue Paly campus to the current Embarcadero campus. The parade was organized in partnership with the Palo Alto Historical Association.

In addition to the parade, the area between the recently built Performing Arts Center and Haymarket Theater will be named “Centennial Plaza” in honor of the 100-year-mark right after the Historical Parade.

Following that will be the Celebration Time Party, on March 23, 2019.

Paly was initially founded in 1898, making it one of the oldest currently functioning high schools in the region. Originally a private school, it started with three teachers, 24 students and a $6-per-month tuition fee, according to the Paly Alumni website.

However, the classes of the original school were held in the two upper-floor rooms of the Channing Avenue Grammar School, not at the current Embarcadero campus.

The school that resides on the current campus did not officially open until Dec. 24, 1918,  the opening delayed due to the then raging influenza epidemic.

The land that Paly currently resides on was sold for $1 per acre – meager compared to multimillion dollar-worth campus that the school operates on now.

Back then, education was not as widespread nor emphasized. High schools were difficult to come across, making Paly a former diamond in the rough.

“There wasn’t a high school, because back in the day having an eighth grade education was considered a really good thing, but what did all families want who lived here in Palo Alto? They wanted their kids to go to Stanford. They wanted a quality education for their children. It’s been a community that’s always supported public schools.”

The grand opening of the campus was heralded by a march of students and faculty from the original Channing Avenue campus to the new Embarcadero campus.

At the time, one of the school’s most impressive features was the auditorium, a facility that Stanford did not have at the time.

Soon after, Paly’s newspaper The Campanile was born, which was spearheaded by then-senior Dorothy Nichols who decided the school needed a newspaper. Paly’s native newspaper is one of the oldest high school newspapers in the region, and is celebrating  a hundred years of student-driven journalism.

Paly’s deep roots have impacted many people in the greater Bay Area, with famous alumni and achievements that cemented the school’s reputation in Northern California. All three of the actor Franco brothers – Dave, James and Tom Franco – graduated from Paly back in the late 90s and early 2000s.

Jeremy Lin from the class of 2006 led the boys varsity basketball team to the California Interscholastic Federation (CIF) Division II title. Davante Adams, class of 2011 and current wide receiver for the Green Bay Packers, led Paly to a CIF state championship as a two-way starter for the Vikings.

Most recently, international-level ping-pong player Lily Zhang, who competed in the past two Summer Olympics, graduated in 2014.

Paly is also where a hundred years worth of unforgettable memories were built by  non-famous alumni and students, like current Paly junior Ella Ball.

Ball said, “My most impactful memory of Paly was my first debate practice and I just remember feeling like it was just a little community, within this bigger community, and it was just real nice.”