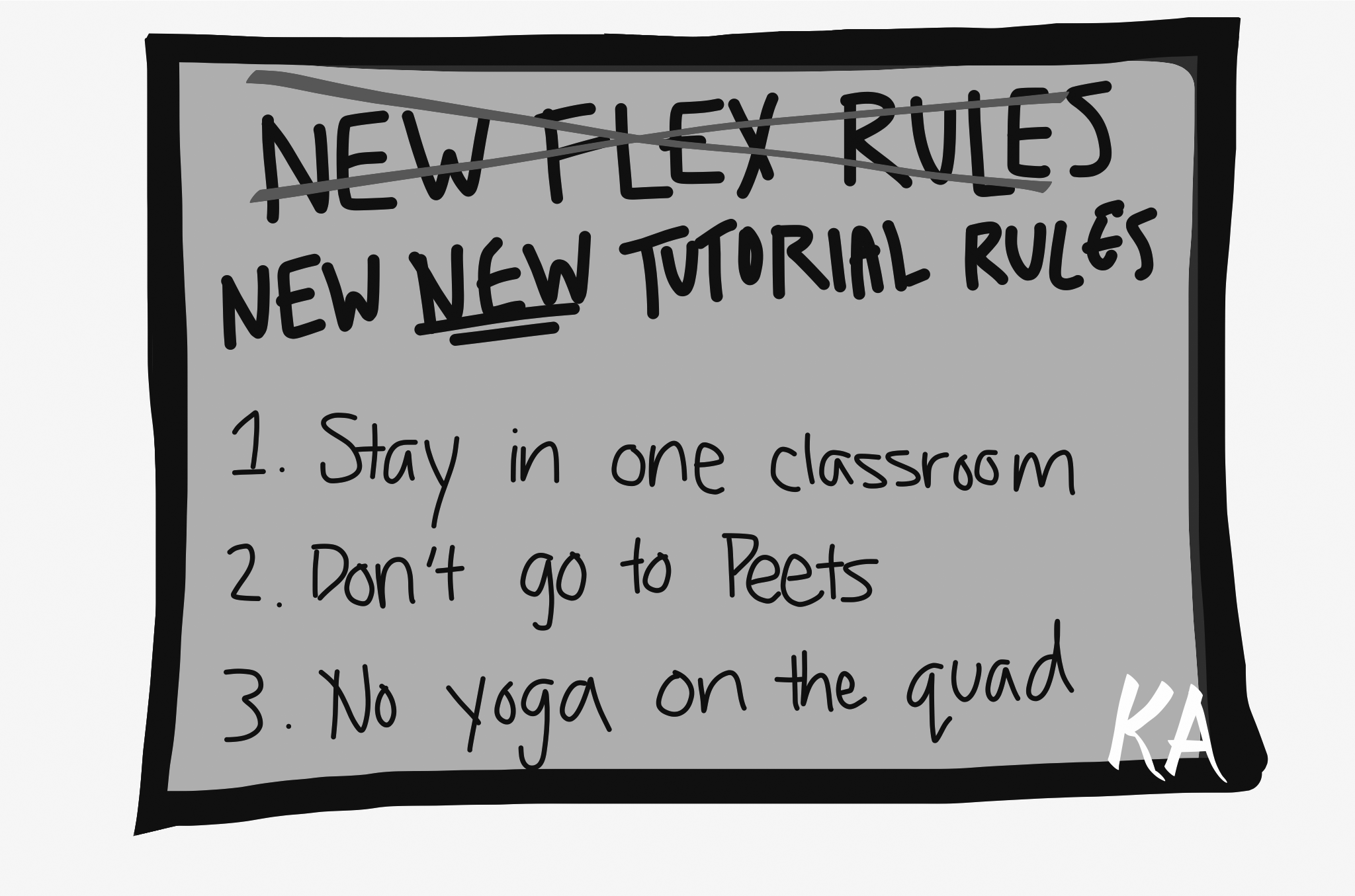 Paly has implemented a new tutorial model this year, the latest in a long string of schedule changes.

Students were first introduced to the new bell schedule through an email sent by PAUSD the week before school began, and the new tutorial system was released through a Schoology post by Paulson on Aug. 14.

“Tutorial will look different this year,” Principal Adam Paulson wrote in a Schoology post. “Students will make an appointment with the teacher of their choice or will find a classroom where space is available. They will remain in one location.”

Students were required to stay in their sixth period class during tutorial for the first week of school, where they received an informational lesson regarding the new tutorial protocol.

The new system prohibits students from visiting multiple teachers or classrooms during tutorial, and check-ins at the MAC and Quad will also be discontinued.

Instead, students are required to choose and remain in a classroom during tutorial, from 2:05 p.m. to 2:50 p.m. on even days.

The new system was created because of ongoing struggles to meet state-required educational minutes.

“The system helps [teachers] hold students accountable, which is helpful since we’re responsible for [students’] safety during instructional time.”

The newly implemented tutorial system has faced criticism from students, staff and parents alike for a multitude of reasons.

“I’m a bit concerned about fitting everyone at school. We’ve never had to cram every student in a classroom before because people always had preps or went to the atrium or Quad or around school.”

Foster also wishes administration had been more transparent about their determination process and that they had incorporated more student opinion.

For example, the Innovative Schedule Committee, of which Foster was a member, was a 19- person group tasked with creating the new bell schedule last spring. The committee was composed of administrators, teachers, students and parents, containing all the stakeholders and providing a variety of perspectives. According to Foster, the committee was not involved with the creation of the new tutorial system.

Senior Kaushik Seshadri echoed Foster’s sentiments, also adding his feelings of frustration with the lack of flexibility. Seshadri cites the common incident of being absent and needing to catch up  with multiple teachers, criticizing the new system for failing to allow students to accomplish the tasks usually meant for tutorial.

“I don’t like it,” Seshadri said. “I hate how we’re stuck with one teacher for the whole time and confined to an academic setting.”

Instead, Seshadri suggests that students should be able to sign into multiple places, allowing them to meet with the teachers they need and providing vital flexibility.

Administration has released a survey seeking to collect student opinion on what aspects of the new tutorial system have been working well and what should be improved upon.

They will be using this information to reevaluate and make improvements to this system according to Matthew Hall, activities director.