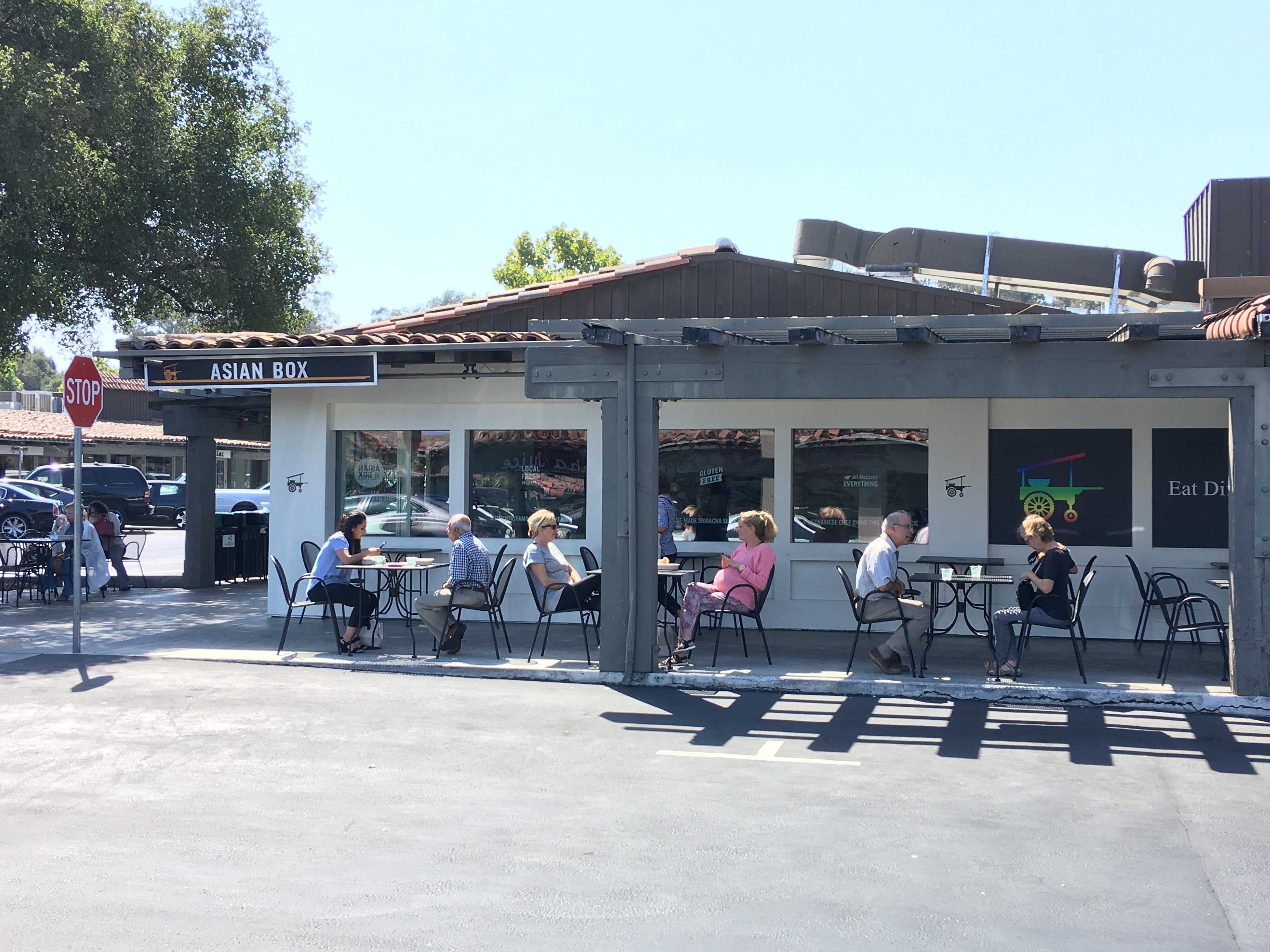 Year after year, Town and Country has been the hot spot for hungry Paly students during lunch and after school. However the recent price changes at certain restaurants are causing concern throughout the Paly community.

Popular restaurants such as Asian Box, Sushi House and Kirks raised their prices over the summer, leaving students’ wallets emptied after only a couple of meals.

“I find it really irritating that Town and Country would raise the price of their food, which in some cases is already really expensive,” said junior Zoe Baghaie. “I have a certain amount of allowance that I am able to use, following the prices of lunch at Town and Country, and it is much more difficult now because I have to either budget my money and only go a few times a week, or ask my parents to raise my allowance.”

While many students are angered by this sudden price raise, it is not so different from what is happening in many parts of the nation. The economy is growing rapidly, rents are increasing and new tariffs on imported goods, as well as interest rate heights, are causing some concern that inflation, already at its highest rate in eight years, will continue to rise.

As for the prices affecting Paly students, restaurant owners say they have to cope with the increasing prices either outside their store, or within the community, by raising the prices of their Paly specials.

Asian Box, one of the most popular restaurants, known for their fairly inexpensive Paly special, had one of the more noticable changes on their price, with a increase of five dollars to seven dollars over the summer. This came as a shock to many students. However, according to Asian Box, this change was necessary to keep their business running.

“We have been losing money. It was really just a donation to help the school before, so we decided after six years, we needed to keep up with some of the other stores. We are still not really making a profit, but we’re just not losing money.”

Other Town and Country Restaurants such as Kirks and Sushi House are also choosing to raise their prices to help pay for the increasing rent and the cost of their ingredients.

“The prices are being changed because most of the ingredients were also increased outside the restaurant,” said Kirks manager Fernando Coronado. “When the companies send the new budget with the increased prices, our prices automatically have to increase.”

Not only are the prices for food and rent rising locally, but nationally, tariffs are on the rise as well. The Trump Administration’s recently imposed tariffs are causing wide-ranging economic effects that most likely have negative consequences on certain businesses. Businesses that were once deemed affordable are being taxed more to get their products internationally, resulting in a possible price boost in their own products.

As the tariffs rise on certain international goods such as metals, anything in association with metals will most likely rise as well. If an imported good subject to a tariff is purchased from a store in Town and Country, the store will often raise their prices to make up for their increased spending.

Additionally, the economy has been steadily improving this past year, causing higher inflation. In 2017, the inflation rate was around 2.14%, and this year is estimated to be around 2.54%. Not only has this been the highest inflation rate since 2011, but it isn’t supposed to drop drastically in the upcoming years, according to The Statistics Portal.

Along with an increase on goods, rent is also becoming a major issue for companies. With such a high demand for space, specifically in the Bay Area, landlords are able to charge more for their land. If businesses such as the ones in Town and Country want to stay in business, they must comply with the increased rent.

Between the new tariffs, increased rent and inflation in the United States, prices will likely continue to rise each year

“It’s unfortunate that the prices are rising because I think all students should be able to find a quality affordable lunch,” said junior Summer Daniel. “However, with the high demand from students and the inflating economy, it wouldn’t make sense for the shops in Town and Country to keep their prices the same.”

While many of Paly’s favorite restaurants increased their prices on food, others have remained the same.

“Originally we increased prices to compensate for minimum wage, however, we believed that six dollars for a slice of pizza and a drink is a good amount for high school students. We know money can be hard to spend for high schoolers.”

A large portion of Paly’s community would rather spend their money on other items rather than lunch at Town and Country daily. A common solution, is bringing their own lunch to school.

“I don’t go to Town and Country for lunch because I don’t have a need to,” junior Sonny Young said. “I always bring my own lunch, which is both cheaper in the long run and more convenient.”

Whether you bring your own lunch to school or buy lunch at Town and Country, our nation’s inflation and new laws are affecting everyone, and it is important to take into consideration when purchasing items such as lunch.