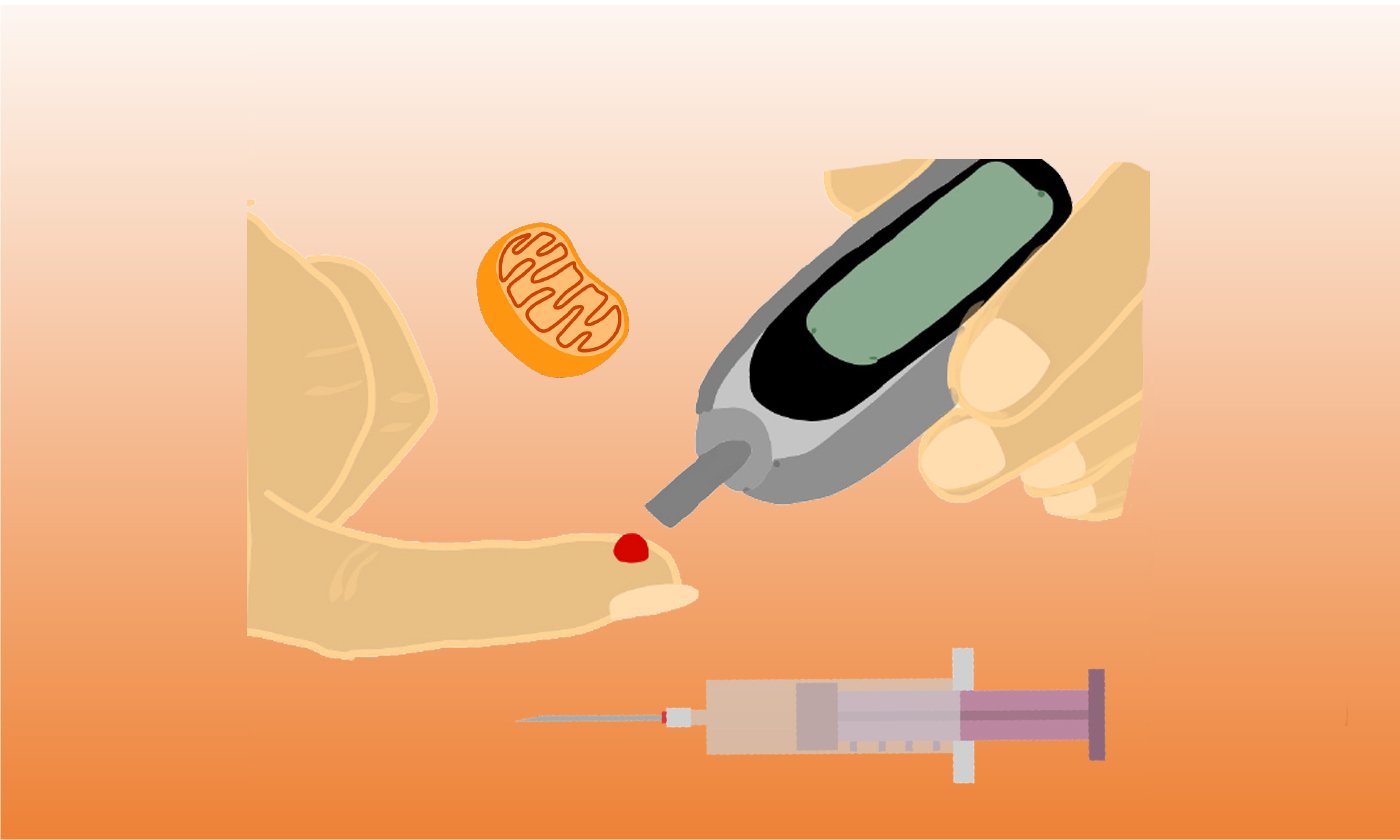 Every day at Palo Alto High School, students rush out of their classrooms at 11:35 to eat lunch. For the most part, our lunches comprise of some of the foods we like most. Some students  go to Town & Country, picking out their favorite “Paly Deal.” Others pack their favorite snacks. In a school full of overachieving kids, some find that food is one of the only things they can control. Nonetheless, there are still a handful of students who manage everything they eat and drink. While some of these students are on diets by choice, others are left with no option but to watch their food intake.

These students have Type 1 Diabetes.

All people with Type 1 Diabetes (T1D)  need to count carbs and dose insulin before eating. The process is fairly simple, but for students at school all day, life with diabetes is much more hectic and out of control. T1D is not a rare disorder; a handful of students at Paly have it. Chances are, you have a class or have had a class with a type 1 diabetic in the past.

As it is a disease with no cure, and since many students are diagnosed with it, awareness about T1D should be raised.

The pancreas is one of the many organs in the endocrine system, a group of body parts that secrete hormones into the bloodstream. Hormones are essential for the body to maintain homeostasis, keeping a stable internal environment.

In the pancreas, beta cells are used to produce the hormone insulin, which plays a key role in the body, entering our cells to help fuel the body after intaking sugar.

“Day to day, my routine changed in that I’ve had to become much more conscious of what I‘m eating and how I’m feeling.”

Insulin acts as the “key” to get glucose into our cells. Without it, glucose is left in the bloodstream.

Type 1 Diabetes (T1D) is one of many autoimmune diseases, illnesses that stem from the immune system attacking a part of the body.

In T1D specifically, the immune system attacks beta cells in the pancreas, hindering the body’s ability to produce the hormone insulin.

Due to the lack of insulin, glucose cannot enter the cells and therefore stays in the blood, causing the build-up of sugar in the bloodstream to become too high. This leads to symptoms such as exhaustion, extreme hunger and thirst, frequent urination, blurry vision and weight loss.

This whole process of experiencing symptoms and diagnosis usually takes a few weeks.

Senior Colby Perlman was diagnosed with T1D in 2008, when he was in second grade.

“I found out while I was visiting my uncle and cousin in Southern California,” Perlman said. “I was drinking way more water than I usually would and having to go to the bathroom more often too. This is when my parents took me in to get tested.”

Although many share the same symptoms, they do vary from person to person. Sometimes, people experience completely unique symptoms.

Paly graduate Katie Look found out about her diagnosis in 2011.

She said, “I had lost a lot of weight and was really thirsty all the time, but the issue didn’t become clear until I went camping and vomited after drinking five glasses of orange juice.”

Syringes and pens are both methods of delivery that require self-injections. Pumps are devices that diabetics put on their bodies to deliver the insulin for them. These devices’ adhesive backing sticks onto any part of the body that has some fat on it.

A small tube goes into the body, which delivers the insulin. With pumps, patients can simply input how much insulin they need onto a device, and the pump does the rest of the work from there.

Although helpful, pumps are scarce and expensive. However, in the high-tech area that we live in, the majority of patients still use pumps.

“Over half of Stanford Pediatric patients are using some type of insulin pump or continuous glucose monitor,” Maahs said.

Another device that many diabetics put on their body is a continuous glucose monitor (CGM). This device also includes an adhesive backing, a small needle that goes into the body and the main device left outside the body, which interprets the blood sugar and gives a reading. These come in many different forms as they are made by various  companies. Nonetheless, they all play the same role in checking blood sugar constantly throughout the day. A CGM takes blood sugar measures typically every five minutes, which is drastically more effective than finger-pricking.

However, CGMs do have their drawbacks.

“I have a CGM, but it’s not as good as I want it to be,” de Anda said. “I get tired of calibrating it all the time, and it’s painful to put in. So I usually just do finger-pricks before I eat.”

Alternatively, some diabetics are on a closed-loop system, comprised of both pumps and CGMs. The two devices communicate with each other to keep blood sugar in range. For example, if the CGM detects a high blood sugar, then it will tell the pump to dose more insulin.

Sophomore Alex Washburn was diagnosed with T1D at 5 years old.

“I am constantly on the metronic 670g, a new pump that uses the closed-loop system to give insulin or cut off insulin automatically depending on your blood sugar,” Washburn said.This helps me because if I don’t give the proper amount of insulin, I don’t have to worry as much and usually the system will bring my blood sugar back in range.”

Although there is no cure to T1D, treatment is fairly simple. Because diabetics are unable to produce insulin, they must obtain it through an outside source. According to Dr. David Maahs, Chief of Pediatric Endocrinology at Stanford, artificial insulin is relatively easy to make.

Just as it sounds, blood glucose, or blood sugar, is simply the amount of sugar in your blood. For Type 1 diabetics, blood glucose levels must be kept within a healthy range. According to Maahs, the ideal blood sugar for diabetics lies between 80 and 180 milligrams per deciliter. Individuals with T1D test their blood sugar by pricking their finger and using a meter, or by using a continuous glucose monitor.

Low blood sugar can be fixed by simply eating a snack with some carbohydrates in it.

Freshman Jade de Anda was diagnosed only one month ago, in late July.

“I’ve had a lot of [low blood sugars] recently, and I even dropped to nearly 30 mg/dL one time,” de Anda said. “Lows are my least favorite thing because of how shaky it makes me feel.”

For Type 1 diabetics, blood sugar levels are always fluctuating. Before each snack and meal, individuals with T1D have to check their blood sugar and calculate the amount of carbohydrates in their food.

After getting these two values, they can conclude how much insulin they should take. They then inject insulin through syringes, insulin pens or by using a pump.

Most people with Type 1 develop new diets after diagnosis. With the exception of snacks for low blood sugars, high-carb meals are typically avoided.

“I had to become a lot more aware of my dietary choices and the activities I did,” Perlman said. “I usually eat one of a few meals that I know the carb-count of. The worst part about Type 1 is not being able to eat huge meals when my blood sugar is high. I will usually eat whatever I want on my birthday and accept that [my blood sugar] will run a little higher.”

In addition to monitoring meals, eating snacks becomes much harder for type 1 diabetics, especially if they dose insulin through syringes or pens.

“The biggest transition for me over the last month has been controlling my eating habits, because usually I would just have a snack at random times of the day,” de Anda said. “Now that I’m forced to dose insulin, there is a whole process of things I have to do before eating. So now, I often don’t eat those snacks because it’s simply not worth it anymore.”

Type 1 Diabetes is not an uncommon disorder; According to the Americans with Disabilities Act, roughly 1.25 million Americans have T1D. However, many still remain unaware about how the disease works.

“Usually when I tell people I’m type 1 diabetic, their first response is to ask me if I ate too much candy or if I used to be overweight.”

“It can be annoying when people don’t know the difference between Type 1 diabetes and Type 2 diabetes.”

According to the Center for Disease Control and Prevention, only about 5 percent of people with diabetes have Type 1. Type 2 is a much more common disease, usually occurring in older people who eat unhealthily and lack exercise. Nicknamed “Juvenile Diabetes,” people with Type 1 are typically diagnosed when they were younger, but adults are vulnerable to the disease nonetheless.

Another common misconception is that those with Type 1 cannot include any sugar in their diet.

“I think the biggest misconception is that I can’t have sugary foods or drinks, but the reality is that my diabetes doesn’t influence my diet in any way; I still eat what I want to eat,” Look said.

Overall, being diagnosed with Type 1 is a big transition in one’s life. According to de Anda, most of the day-to-day activities that she does affect are somehow affected by her diabetes.

“Going to the office every day is frustrating,” de Anda said. “I have to go there five minutes before I eat every meal or snack.”

In addition, many newly-diagnosed patients have to quit certain activities, as they may have an effect on blood-sugar.

“When I was diagnosed, the biggest thing I had to give up was eating whatever I wanted and whenever I wanted,” Perlman said. “I also miss just being able to go exercise without having to eat certain food or have to take carbohydrates while doing that activity.”

It is indisputable that having this disease adds many inconveniences to one’s life.

However, as long as blood sugar is kept within a reasonable range, nothing limits Type 1 diabetics from doing anything normal.

According to de Anda, diabetes is helping her become more patient and careful, as well as better at managing herself.

De Anda said, “In a way, [diabetes] is helping me, but it’s still super annoying. Being diabetic can be a hassle at times, but it teaches me a lot of great life skills.”