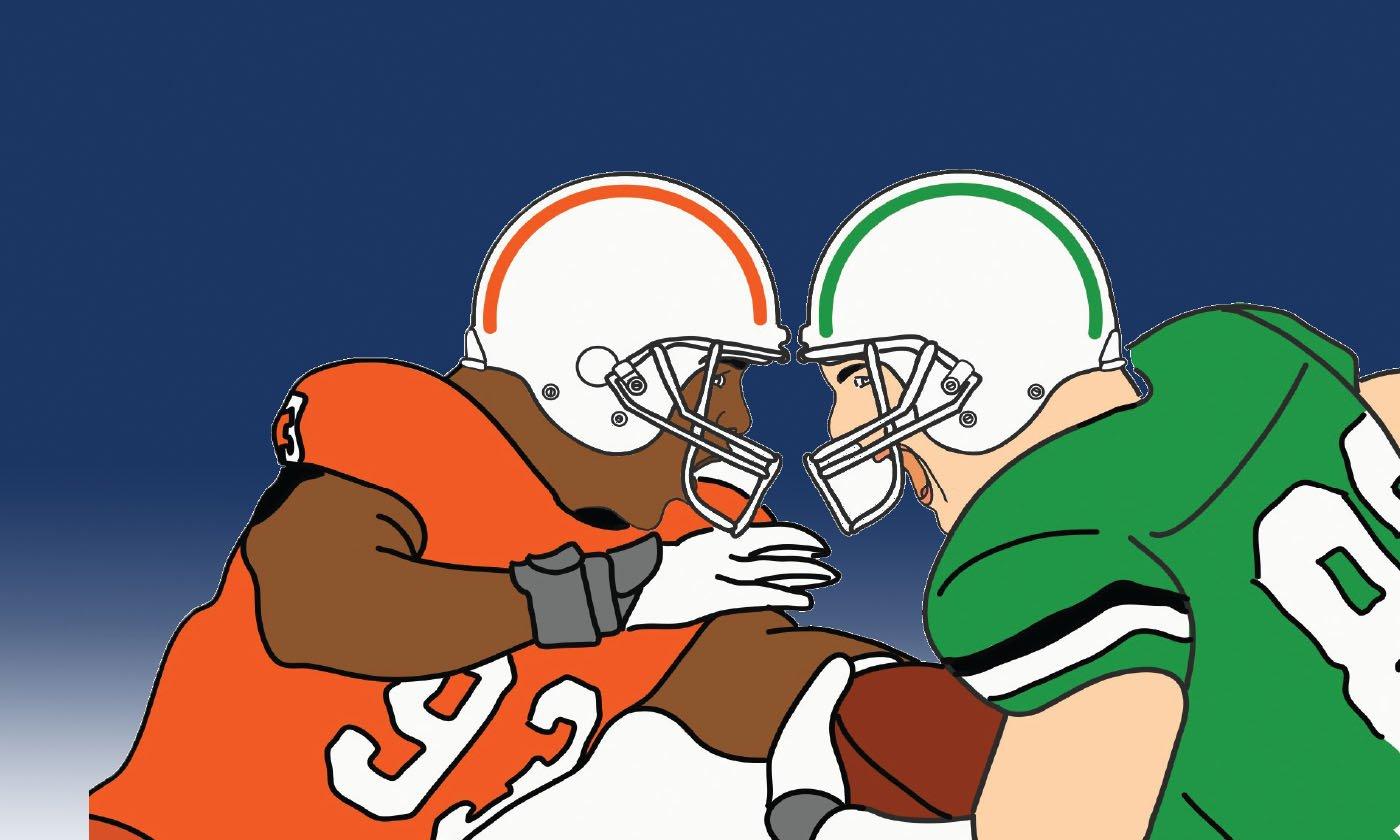 With two games behind them, Paly is off to a great start, coming away with wins against St.Ignatius and Half Moon Bay. Paly players can be spotted wearing the Vicis Zero1 helmets, a helmet that retails at $950 and ranks first in helmet safety by the National Football League Players Association (NFLPA). Despite having the new and improved helmets, some players have still chosen to wear last year’s helmet, the Riddell SpeedFlex, which is ranked as the third best helmet for player health and safety.

Football’s concussion rates and the aftermath of constant contact have become a popular topic to debate, causing people to argue whether the sport should be played or not. Many worry about the about conditions like Chronic Traumatic Encephalopathy (CTE), a degenerative brain diseases. For years, viewers and scientists have been calling for a change in player safety.

Paly’s previous helmet brand, the Riddell SpeedFlex, was still highly-ranked, coming in at third by the NFLPA. Many NFL, college, and high school players still prefer it over other competitors, due to fit or appearance . At $400 retail, the SpeedFlex come at a much lower price than the Vicis.

However, the Vicis Zero1 helmet is known as the safest helmet in all of football, with their 2017 and 2018 models placing first and second by the NFLPA Virginia Tech. With a soft outer shell built to mold to impact, the helmet utilizes technology that limits the force to head.

Nelson Gifford, the head coach of Paly’s varsity football team, believes that the Vicis helmets will benefit everybody involved in the sport.

“I think the helmets are great, the parents really got behind it, the kids are encouraged by it. Anything we can do to make the safer, we will take those steps.”

The Vicis helmets prices were eye-openingly expensive. However, due to the number of helmets purchased, Paly was able to get the helmets at a discounted price. Gifford believes that the pricing of the helmets should not prevent players from attaining maximum safety when on the field.

“At the end of the day, we cannot put a price on player health and safety,” Gifford said.

Senior Seattle Hmelar, the outside linebacker and running back for the varsity football team, mentioned that that he has experienced an increase of security on the field with the latest equipment.

“It’s very comforting knowing that we’ve got the safest equipment in the game,” Hmelar said.

Although many players are using the Vicis helmets, senior starting quarterback Jackson Chryst along with a number of other players can still be spotted using the Riddell speed or SpeedFlex helmets, due to their preference.

Some players, similar to Chryst, choose not to wear the new Vicis helmets. According to Coach Gifford, players who wear the lower ranking helmets shouldn’t be concerned about their safety.

“There’s always a personal comfort level, not all helmets fit all people. Even if you have the most well designed helmet in the world, some people are going to fit in other helmets better. In this instance some players are more fit for the Speedflex. Ultimately the Speedflex is a fantastic helmet, that is used all over the NFL and college football, it just so happens the Vicis is really good.”

Along with the Vicis and Speedflex helmets, Gifford has changed his coaching style and drills in order to prioritize player health and safety.

“We’ve changed the coaching style along with the helmets. We are always evolving techniques for blocking and tackling making sure we are keeping the head out of the game, making sure the kids can be successful and safe,” Gifford said.

The new Vicis have been proven in multiple test by the NFLPA,  that it is the safest helmet in all of football. But even with its new technology, it can’t take the risk of concussions completely away from the game.

“Injuries are a part of any athletic contest,” Gifford said. “Obviously we do not want to see anyone injured or concussed, but we are in the position of prevention with these helmets. If injuries do occur it’s unfortunate, but we do hope to see a reduction.”