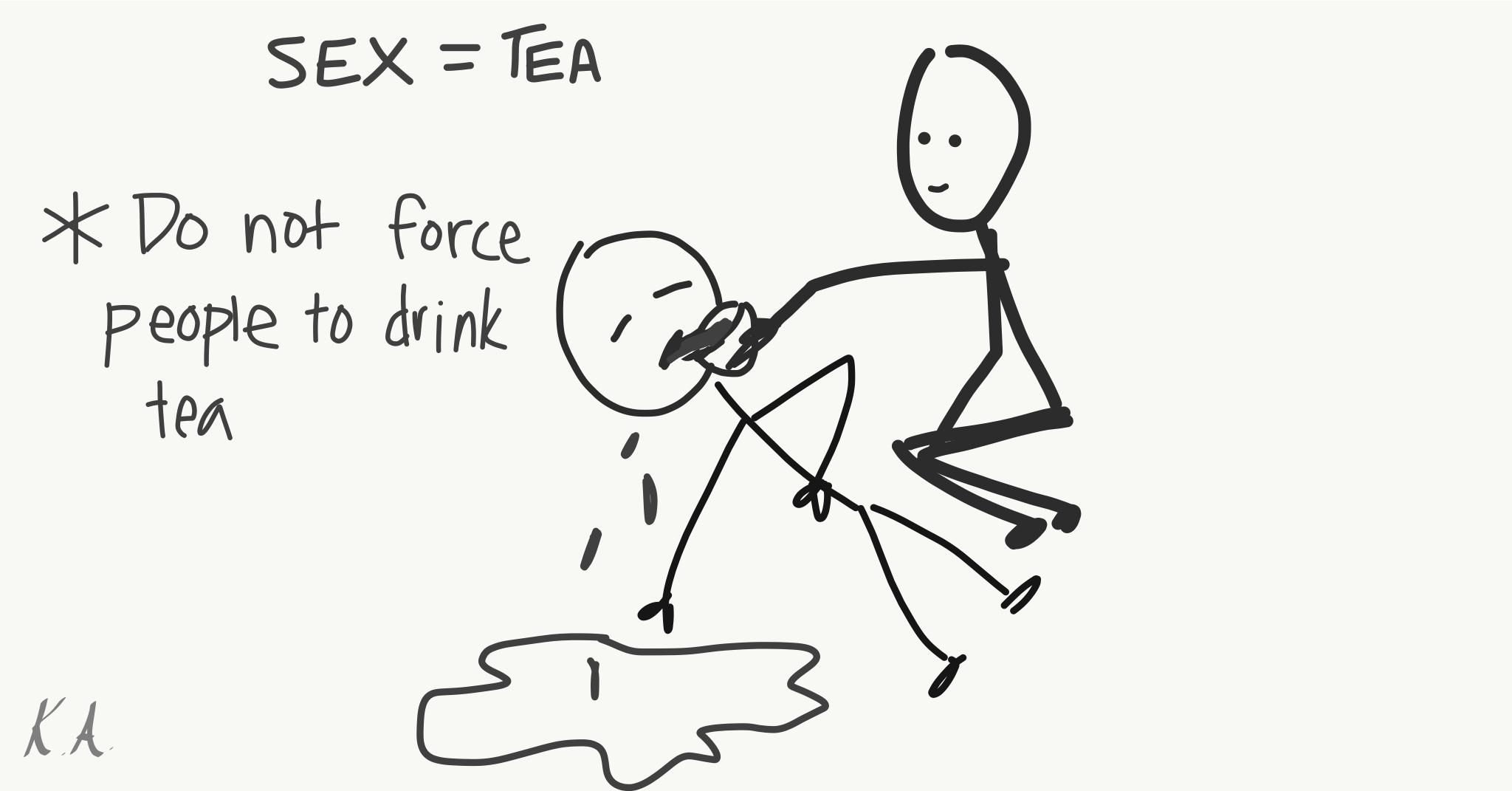 Students should learn about consent at a younger age

The Me Too movement has sparked many sexual assault victims to speak up against notable celebrities such as Donald Trump and Harvey Weinstein. Though this may seem distant, this issue is closer to home than we think.

Many students in the Palo Alto Unified School District (PAUSD) do not understand what is classified as consensual activity, which is largely due to the delayed education on the topic. We should start educating students on topics like consent as early as kindergarten.

Lack of consent starts at an early age, with innocent actions such as tickling or poking a  peer. Even with these seemingly harmless activities, children need to be taught that they must respect each others’ bodies. For example, young students must understand that if they are tickling someone and that person does not like it, even if they are laughing, it is not OK to continue to do so.

In our school district, there is no education or curriculum targeting consent until students reach 7th grade. A common way our schools have tried to teach consent is showing “Tea Consent,” a video by Blue Seat Studios published in 2015, during assemblies.

The sexual assault scandal at Paly in 2016 sheds light on this issue and it is clear that the issue of consent is pressing and relevant to the PAUSD community and needs to be adequately addressed immediately.

PAUSD seems to be focused on treatment after incidents occur, as opposed to prevention. Paly has had two speakers come in to address this issue in assemblies in the past year, which is a step in the right direction. However, it is unfortunate that this issue was mainly brought to attention  after multiple sexual misconduct incidents occurred at Paly.

As a part of his Social Justice Pathway project, junior Max Pearson created videos which contained basic information on consent and presented them to elementary school students.

“There’s no reason to wait until high school to start learning about consent. It seems as though we’ve covered bullying and being safe on the internet a thousand times, but we should also focus on consent.”

It would be simple to implement consent into school curriculum. At the elementary school level, age appropriate videos such as “Tea Consent” could be used to teach kids respectful and proper behavior. Currently, PAUSD elementary schools have a no bullying program in place called ‘2nd Steps’. However, this program is not uniformly implemented across the middle schools and does not include consent basics in the curriculum.

First grade teacher Tamar DeFrancesco from Escondido Elementary School said she would like to see the District implement a district-wide program addressing consent at a younger age. The no bullying program, ‘2nd Steps,’ targets empathy training, emotion management, problem solving and skills for learning. However, the elementary school teachers have not received any training on how to instruct this material; instead, teachers are reading the lessons and implementing them however they best see fit.

This form of education is inconsistent and doesn’t give students a uniform level of knowledge. DeFrancesco said her students would only know about consent if their families were teaching them. This could be an issue given that many families could be unable to provide their students with the right amount of education.

Additionally, the high schools have begun to make apparent changes, bringing in speakers and having classroom discussions.  Pearson believes that “the district seems to be struggling to understand their role in teaching consent. It’s great that they’ve started to address the issue of consent in assemblies, but there is definitely room for growth.”

If the message is introduced appropriately at a younger age, students would be able to understand what is classified as unacceptable behaviors. Additionally, teachers would be able to identify students that may need extra help on the topic and potentially offer counseling.

At the middle school level, there has been an act put in place called ‘The California Healthy Youth Act.’ Taking effect in January 2016, the legislation aims to “have healthy, positive, and safe relationships and behaviors,” according to the Calif. Department of Education.

This is a great step forward, especially since two years ago there was no mention of consent in the sex ed curriculum. At both middle schools Greene and Fletcher, this change has been incorporated into sex ed curriculum.

At the high school level, both PAUSD high schools have incorporated Living Skills, a required semester-long class that includes information on sexual misconduct. However, the issue with Living Skills being the primary method of educating the youth about consent is that many students put off taking this class. Students often end up enrolling in Living Skills in their junior or senior year, when the lack of information in their years as underclassmen could have already caused problems.

A simple solution would be to require students to take this class within the first two years of high school. This could be managed by PAUSD expanding Living Skills enrollment during the summer.

After this, the next step to a safer community is the application of this knowledge. There is a difference between learning consent and applying it. As a model, the #MeToo movement has encouraged more people, including celebrities, to openly share their stories in relation to sexual misconduct.

In contrast to much of the District, special education classrooms enforce simple consent basics on a daily basis. Though academics are a large focus in special ed classrooms, another prominent focus is teaching basic social skills such as consent.

They take time out of the day to define consent at its roots, even when it’s unrelated to sex. Students are reprimanded in special education classrooms when they have given someone a hug without asking for permission first.

Superintendent Dr. Don Austin believes that sharing stories of correct implementations of consent could be beneficial. Austin says he would like to know the stories of students who have applied what they know about consent.

Through sharing stories of empowerment, more students may feel like they are not alone and that they have more power than they know.”