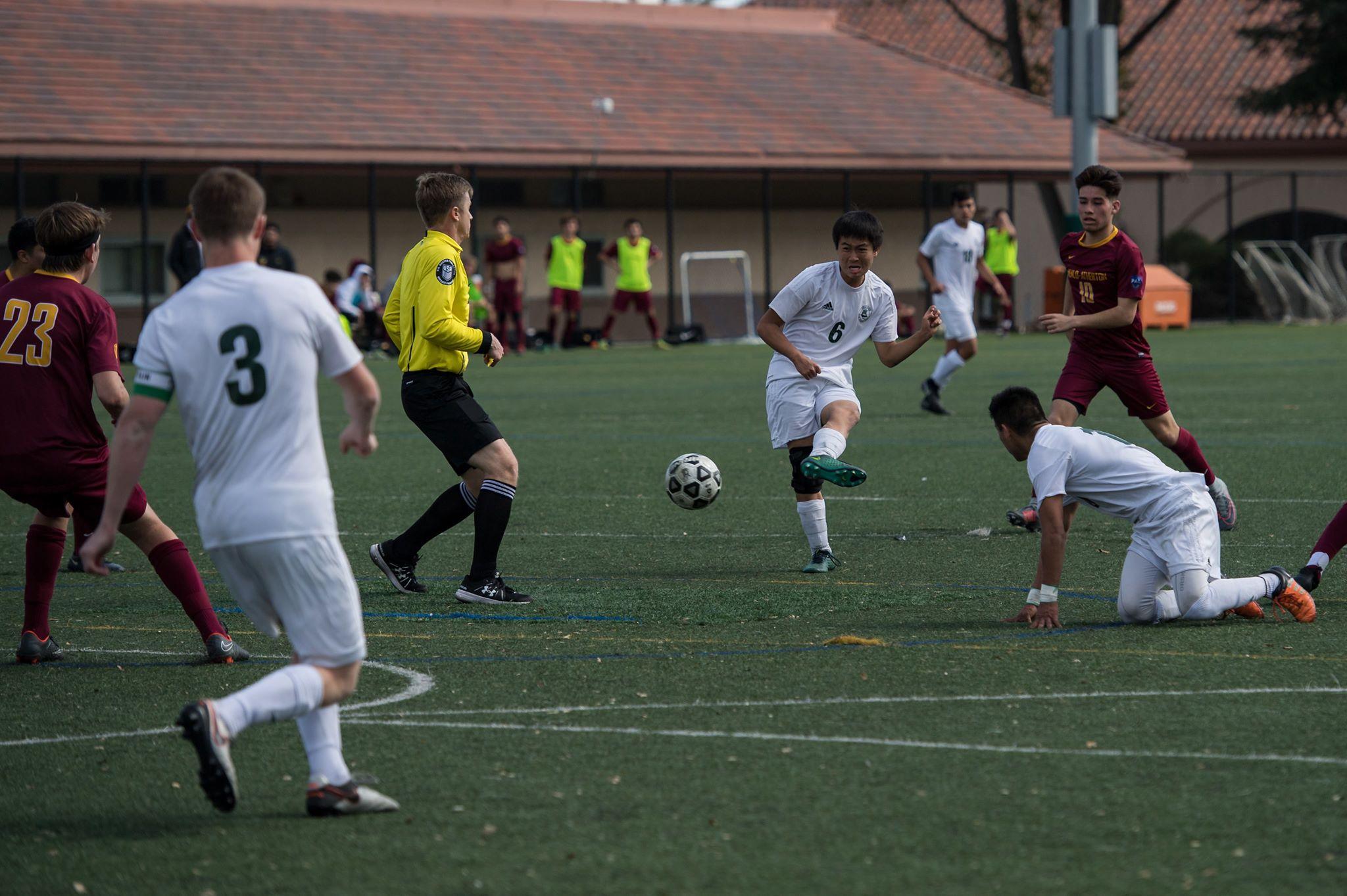 While many students seek employment in the bustling hot spots of Palo Alto, others have taken an alternative route, finding their niche on the field.

Senior Eitan Klass is no stranger to work. With experience at chain restaurant, Chipotle, and as a referee of youth soccer in the competitive Northern California leagues, Klass has equipped himself with various working experiences since he began working.

“The jobs have their similarities,” Klass said. “There is pressure to perform in both jobs, but they are both very rewarding experiences. I would say becoming a referee is easier because you don’t have to be of legal working age. The primary difference is the pay really. Refereeing got me much more money.”

Working as a California North Referee Association referee pays well compared to a standard minimum wage job, in which workers make $13.50 per hour in Palo Alto. Linesmen, the two sideline referees, earn $0.50 per minute played in a match.

That means when refereeing a 50-minute under-eight age group game, the two linesmen earn $25 each. Meanwhile, the center referee, who makes calls like fouls and whose primary job it is to keep the flow of the match going, earns $30 for the 50-minute match.

Becoming a youth referee is fairly easy, and the job pays well,  according to Klass.

“I took an online course, then I had to pass a test, which was pretty easy. Then, I attended a three-day classroom course where they went into more details. Then, I participated in real training where we practiced running from side to side and using the flag at the right time. Again, pretty simple stuff.”

While refereeing has its major perks, there are certain aspects of officiating matches that one does not get with other jobs. Referees take full responsibility for the match and it becomes their responsibility to carry out a fair match once they put on the referee badge.

“The pros are that you get to referee with your friends and you get paid a great amount,” Klass said. “The cons are dealing with parents and pressure. When refereeing a game, parents can be very involved to the point that it gets unhealthy. Also, there is a lot of pressure for you to make all the right calls because one wrong call can change the whole dynamic of the game.”

People who may not enjoy soccer can consider becoming an umpire. Senior Ben Civjan said he has enjoyed his time as a Little League umpire.

“I would say being a youth umpire is a great way to get started in the work world,” Civjan said. “It pays well and you get to have a lot of fun doing it. Also it was fun to continue to be involved in youth baseball after I left Little League. The aspects of the job were calling outs, balls, strikes and counting runs.”

Like refereeing youth soccer, refereeing Little League baseball pays well. According to Civjan, first and third base umpires earn $30 while the home plate umpire earns $35 for a one and a half to two hour game.

Similarly to how straightforward it is to become a youth soccer referee, becoming a Little League umpire is just as simple, according to Civjan.

“We had to go through training, which was about an hour. There is no license or test involved. You just [umpire] some practice games.”

At the end of the day, umpiring Little League baseball is the same as refereeing any other sport at any other level out there.

“There are rules that need to be followed and all players need to be treated with respect,” Civjan said.

One can referee just about any sport if they put their mind to it. Senior Alex Harrenstien has found his officiating career in ice hockey.

Like soccer and baseball, earning an ice hockey referee license is simple.

“You go through a whole training camp,” Harrenstien said. “It’s an eight hour session for one day. [The supervisors] basically train you with all of the responsibilities as a referee. You obviously have to have skating experience.”

When it comes to the high pay of refereeing, ice hockey is no exception. One earns $30 for a 45 minute to hour game, according to Harrenstien.

As a whole, refereeing youth sports is all extremely connected. Regardless of the sport and the pay, officiating anywhere echoes the same sediment.

“It’s all about the kids,” Klass said. “We just want to make sure they have an enjoyable experience and have fun.”