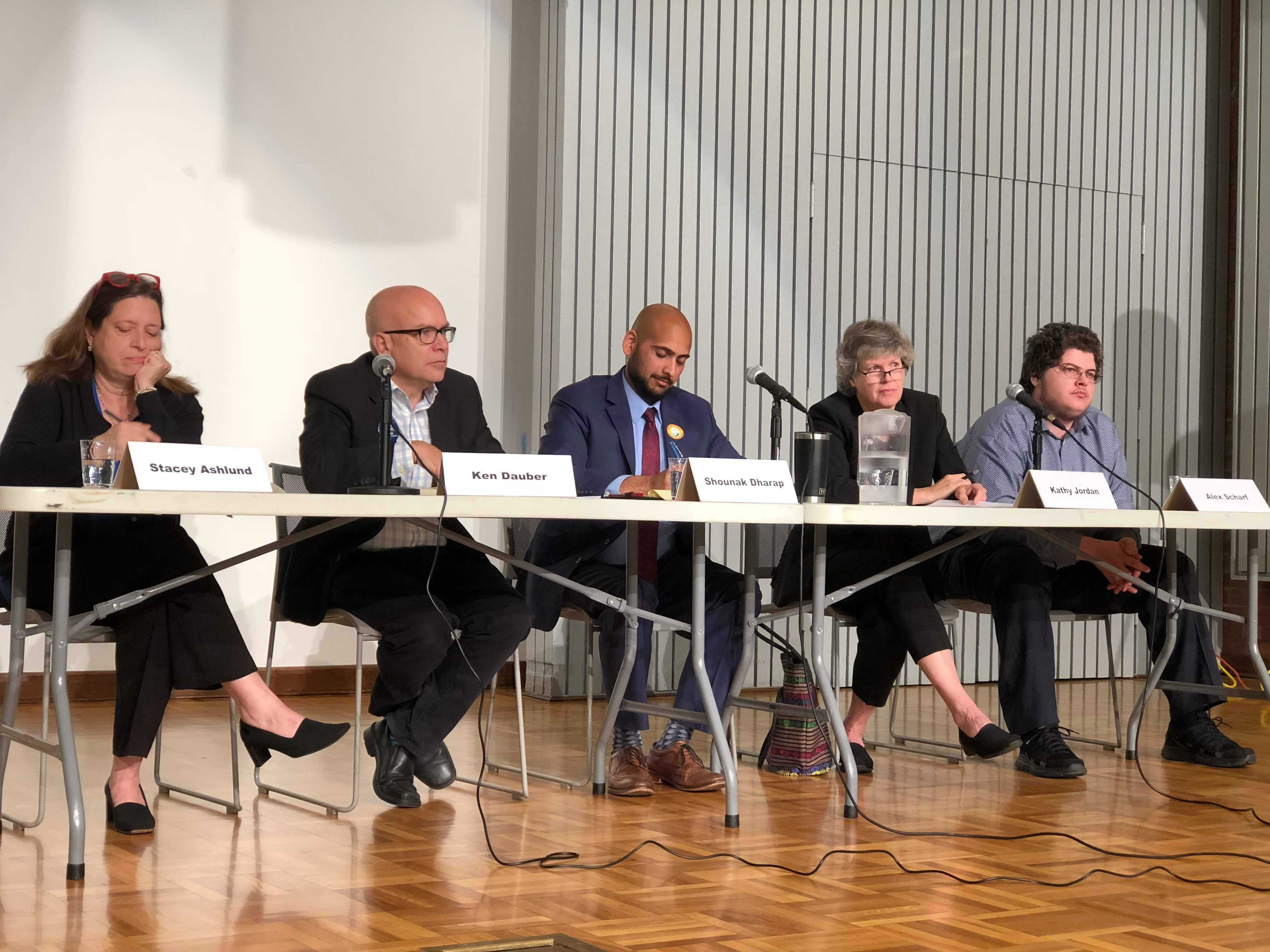 From a series of hostile emails last year to her response at a recent candidate debate, Board of Education candidate Kathy Jordan has taken an aggressive tone toward student reporters, in the name of protecting victims of sexual assault. Jordan takes issue with The Campanile’s coverage of a sexual incident that took place on Paly’s campus two years ago.

At the school board debate on Sept. 20, a Paly Voice reporter asked Jordan a question about her stance on student journalism. Her response sparked a discussion in the community over her criticism of The Campanile.

Jordan implied The Campanile’s article was libelous in public comments and explicitly accused The Campanile of libel through email correspondence. The Student Press Law Center (SPLC), a nation-wide organization dedicated to protecting the freedom of press for student journalists, confirmed The Campanile’s coverage of the sexual assault incidents was not libelous.

In one of several emails to The Campanile staff last year, Jordan stated: “[The] statement was inaccurate, false, misleading and unverified by professional journalists and needed to be retracted immediately. As aspiring journalists you might be interested in the definition of libel, as I would contend that the statement The Campanile printed, even after notice and knowledge given to all of you, which you no doubt shared with your teacher advisor, is libelous.”

Last fall, when The Campanile and Jordan tried to organize a face-to-face discussion, she initially agreed to a meeting, but then insisted the meeting only take place if both Campanile teacher advisers were not present, leaving just Jordan and a student reporter at this meeting.

The student Jordan had been arranging to meet with, who asked not to be named because of concerns over community backlash, said Jordan’s insistence that they meet alone “seemed like a red flag” and the student “definitely would have been uncomfortable to go by [themself].”

“I understand what Kathy Jordan’s intentions are; her whole idea is that she cares for the students and wants to speak up for them, but I feel like while she was speaking up for the victim, she did make the student journalists feel as if they were being attacked and in a hostile situation,” said a former Campanile writer who worked on a story Jordan took issue with and received emails. This staff member requested to remain anonymous due to fear of harassment.

In order to put an end to the repeated emails, Paly administration hired a lawyer who specializes in the First Amendment, Thomas Burke of Davis Wright Tremaine LLP, to help former Assistant Principal Janice Chen craft the following statement to Jordan:

It has come to my attention that our Campanile staff is feeling threatened and harassed by your multiple emails, phone calls and text messages regarding some articles published in the Campanile. The students have shared that the repeated contacts occur sometimes more than once a one day and the students are feeling stressed and harassed. Our Campanile staff prides themselves in being student journalists, and since they are minors, I respectfully ask that you stop any contact directly with students, in particular the Campanile staff. If you do have any questions or comments you would like to make in regards to the Campanile, please contact theeds18@googlegroups.com and the teacher advisers ­­— not individual students.

I appreciate your understanding and cooperation.

Last month, when addressing the topic of these emails in the comments section of a Palo Alto Daily Post article, Jordan wrote, “emails that no one need open are not harassment.” In an email statement about her interactions with The Campanile staff, Jordan reiterated that “no one is forced to open any email sent to them.” Jordan said she never called reporters.

Journalism is an integral part of Palo Alto High School. The program operates according to Education Code 48907, which protects the freedom of student journalists.

Editors’ Note: The Campanile is and always has been a student-run publication. We receive advice from teacher advisers, but final decisions are made by students. Whether or not the administration and Campanile advisers communicated about what to publish, our students do not write to push the agendas of the school or the District.

The Campanile also published an editorial on the candidates The Campanile endorses and a clarification and apology for the Title IX Misconduct article and its revision.

This article will be followed up with additional reporting.

Here are four of the emails Kathy Jordan sent to Campanile staff members: