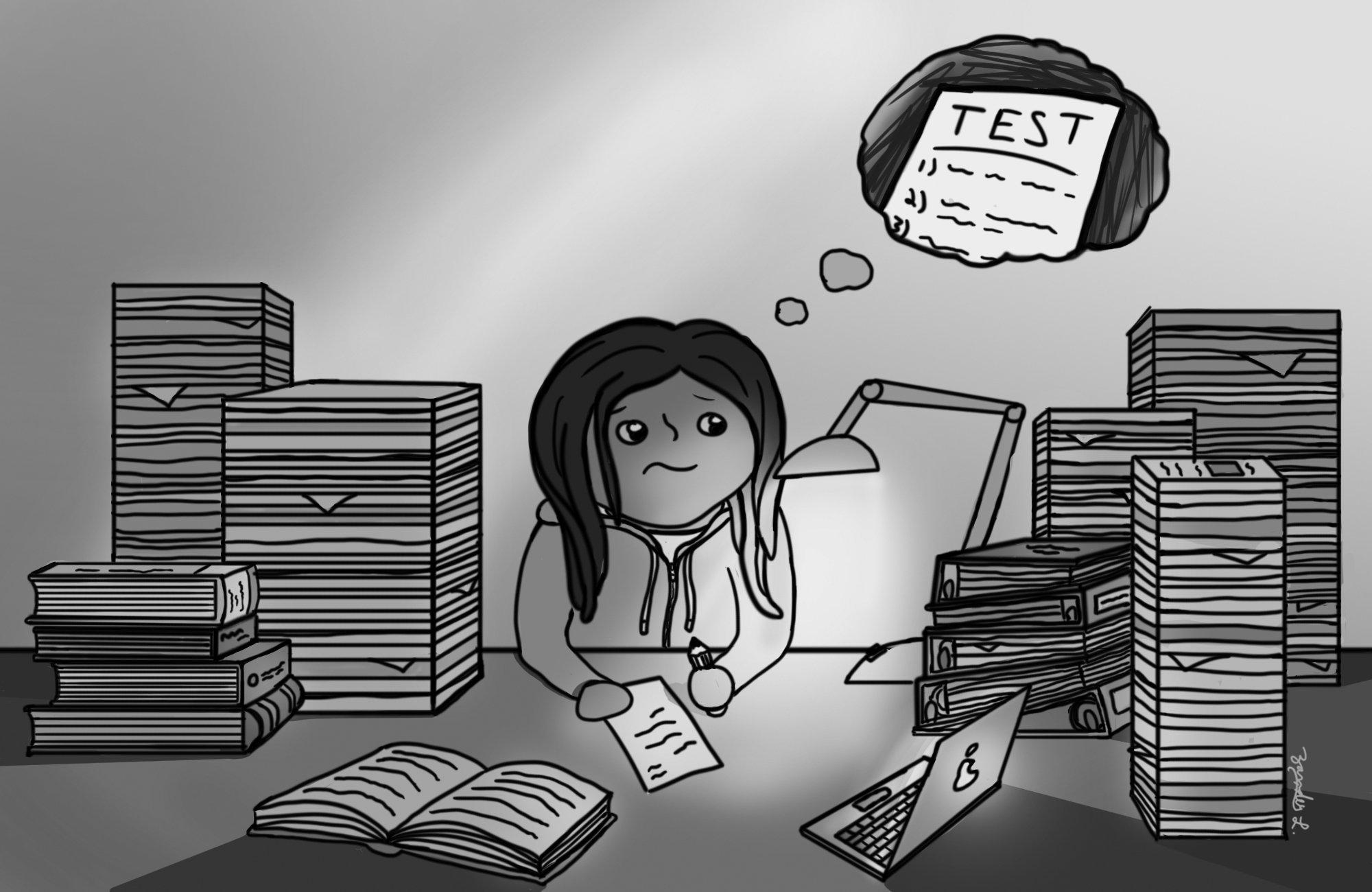 While many students’ lives are dictated by the strict due dates of their homework, tests and other assignments, teachers don’t seem to have such strict deadlines. Instead, they have the ability of waiting to grade assignments weeks or even months later from when they were turned in.

For this reason, stricter grading deadlines should be implemented. While there are already progress reports that occur three times a semester, they allow teachers to be very broad about the student’s performance in the class, which doesn’t help in terms of speeding up the grading process.

These progress reports should require teachers to enter grades of all assignments that have been turned in, giving a specific percentage grade in the class. They should also be more frequent and occur at least once a month.

While this could be harder to enforce and keep uniform, teachers should be able to hold themselves accountable and adhere to these deadlines to the best of their ability.

If students have strict deadlines, teachers ought to have them too.

Long delays between the time when students turn in assignments or tests and receive feedback on them can result in students developing a false sense of security about their grades.

When teachers wait for a month to grade assignments, students can get complacent and comfortable with their grade and their motivation may decline with the belief that their performance is satisfactory.

Once the points from the ungraded assignments, tests and quizzes are entered into the gradebook, however, the realization that their grades are not what they wanted sets in. This is especially detrimental at the end of the semester, when there is no way to make up for these points except for the final, since all work is coming to an end.

A specific example of this happened to junior Zach Donaker. On the night before one of his end-of-the-year finals, he said he was missing scores for around 20 activities in the gradebook, so he had no idea of where his grade in the class stood since there was a large number of unentered points. A nearly identical scenario happened to me, so I can vouch that the slow grading set me back in my studies.

While a common student tactic at Paly is to calculate the score needed on the final to get a desired grade in the class, Donaker said he couldn’t do this since his current grade was not up-to-date, putting him in the dark about what score he needed on his semester final to get the final grade he wanted in the class. He also said he wasn’t able to prioritize which finals he needed to study for the most because of this. In the end, his missing activities never got graded, which didn’t hurt his final grade, but could have been harmful if his grade was lower.

Another reason that grading deadlines should be implemented is students are more likely to remember material if they receive tests back sooner. According to Edutopia, feedback should be provided within 24 to 48 hours. If it takes too long for students to get feedback, there’s a risk of losing the context for the valued learning of the work.

Many students have the learning mindset of cramming before the exam and forgetting that information soon after the test has been taken. If an exam is returned a month after it’s taken, the information is no longer relevant and all that matters is the score, causing students to only care about their grade, not what they got wrong or what they could have improved on.

Sophomore Charlize Nguyen said she has experienced long periods of time between taking a test and receiving it. While she said she understands teachers have a heavy workload, she said there should be a two-week maximum grading period because a long grading process adds extra stress to students. Especially if the test was difficult, she says she finds herself stressing about what she could have gotten wrong, and the longer the process is, the more agonizing it is to wait.

Some may argue that implementing grading deadlines would be unfair to teachers since they have a heavy workload. While this is true, many teachers have teacher assistants (TA’s), which are students that help grade completed assignments. With TA’s helping teachers grade, these deadlines are reasonable because TA’s will cut down a good portion of teacher’s workloads.

Despite many teachers taking weeks to grade a single test, there are many of them who grade quickly and efficiently. I appreciate these teachers. They are proof that it is possible to grade tests within a couple days rather than a couple weeks.

Still, a large number of teachers don’t enter grades in an efficient manner, meaning teachers should have grading deadlines. This would greatly benefit students’ lives, relieving them of stress and bettering their education.