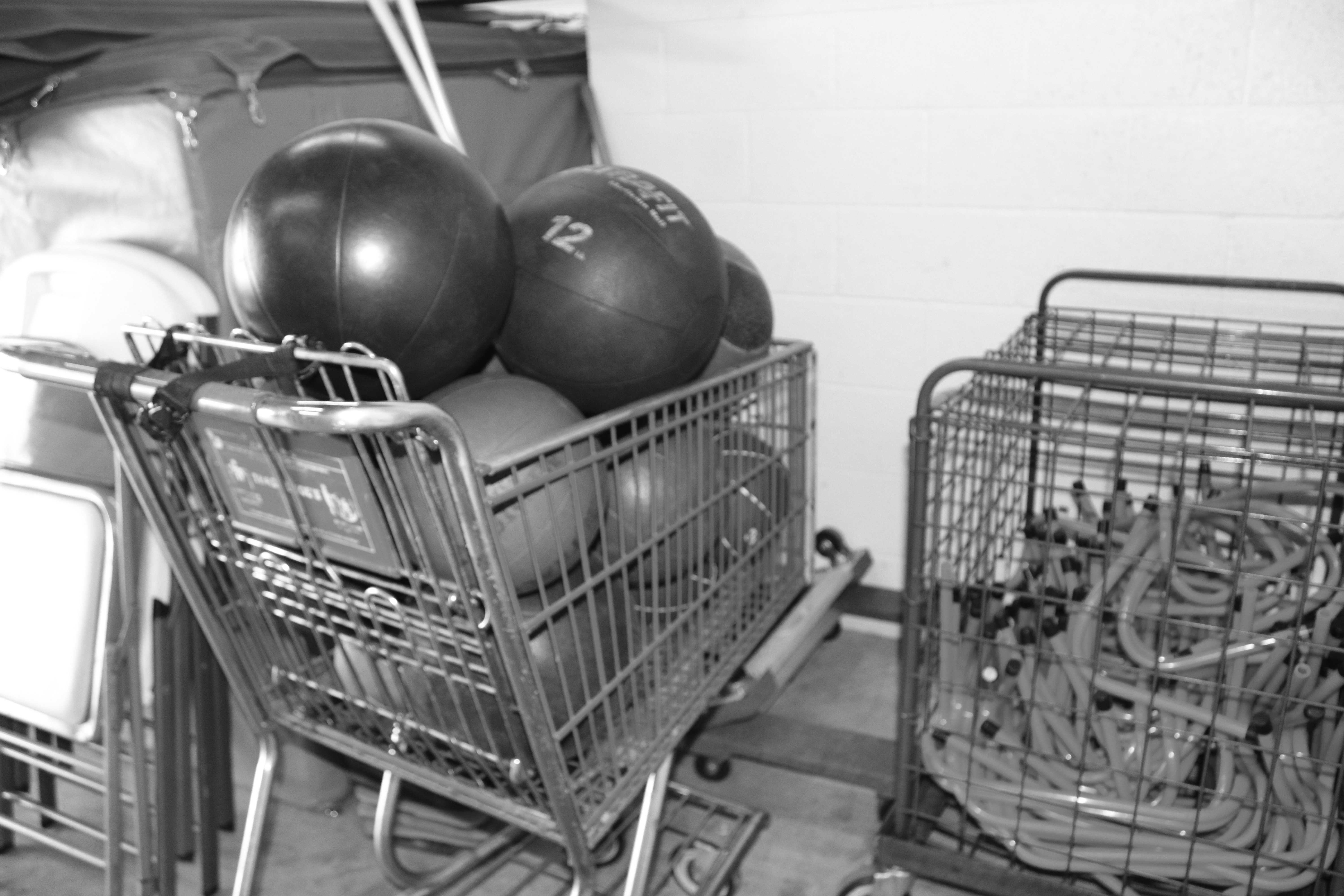 For many kids, it starts at young age. After practicing a sport for the first time, people go to the store to pick out gear and to make sure they get the perfect colors. After a couple years go by, more advanced equipment is necessary, and certain items are outgrown by the time the new season rolls around.

From soccer cleats to football helmets, equipment is an imperative part of youth sports. The cost of sports equipment for high school parents is always increasing as its industry expands. According to Time Magazine, the youth sports industry in the U.S. has grown by 55 percent since 2010.

According to research from Utah State University, parents are spending up to 10 percent of their income on their kids’ sports. For more privileged families, this includes private lessons and summer camps. According to junior Anna Tomz, a member of the Stanford Soccer Club team, most club sports get support from big organizations to help them afford uniforms and equipment.

“[Stanford Soccer Club] has shirts sponsored by the Lucille Packard Hospital and Stanford [Soccer Club] is funded by the club and parents,” Tomz said.

According to Nays.org, not only does a sponsor help fund the team, the sponsor itself benefits from supporting youth sports because spectors of games who see the sponsor’s name on uniforms may be lured toward that organization over a competitor.

In addition to club sports facing funding issues, schools can also struggle to get the money their teams require. The Paly Sports Boosters is the reason that every year there are more student athletes than the last.

According to Sports Booster President Rebecca Passarello, the Paly Sports Boosters hold fundraisers throughout the year and ask for donations in order to support Paly sports.

“Our budget this year is $365,000, which means we aim to raise that much and spend that much during the school year.”

According to Passarello, they pay for all uniforms, referee officials, transportation, awards, equipment, additional practice fees and tournament fees.

“The biggest source of our income is from the participation donation that we ask each athlete’s family to make for each season they compete,” Passarello said. “Our target for this year is $200,000 of our $365,000 budget. It’s important that we hit this target since our budget for supplying the teams with what they need depends on it.”

According to Passarello, other sources of income for the Boosters  include ticket sales from football, volleyball and basketball games, snack bar sales, Paly gear sales and fundraising events such as the Christmas Tree Lot and the Fun Run.

Some money is also raised from team photos and restaurant nights, where a portion of a restaurants proceeds go to the Sports Boosters.

Many people don’t understand why Sports Boosters needs so much funding. Lots of it is used for equipment which is not only expensive, but also short lived.

“As equipment wears out, we replace it,” Passarello said in an email. “Uniforms, for example, are on a rotating schedule so they are replaced every 3-5 years. Some teams have more expensive equipment while the larger teams have higher transportation costs. Our goal is to support all of the teams with what they need to compete in the SCVAL [Santa Clara Valley Athletic League].”

According to junior Mikayla Rimsa, a player on the Paly girls JV soccer team, the players also make an effort to raise money for their teams.

“We do some fundraising and hopefully we can get some sponsorships from some places for our new equipment, but most of it comes from our parents.”

Some families have done the sports season shopping spree enough times that they have found some tricks to making things easier. Junior Noa Lehrer played tennis for Paly last year and shared how her family combats the high prices.

“My family doesn’t struggle financially so price wasn’t an issue for equipment, however we would go to Fremont to get a racket instead of buying one in Palo Alto because it’s cheaper,” Lehrer said.

According to Lehrer, the tennis team also gets money from holding tennis tournaments, which participants have to pay to enter. Additionally, the Paly Tennis Camp, held over the summer, charges attendees and the profits go to the team. One sport that has to do a lot of fundraising is golf. It is particularly expensive sport, according to junior Priya Bakshi, member of the Paly golf team.

“Golf is especially expensive just because there are fourteen clubs and each is about $300, at least, so it’s really important to find your balance and what works for you before buying a whole set because it’s so expensive,” Bakshi said.

According to Bakshi, all the girls on the team have their own set of golf clubs. The golf club does not get funding from the Boosters for equipment and uniforms. They only pay for the fees of the matches. Things like uniforms and other gear is paid for by fundraisers, donations or families.

From goggles to cleats, student-athletes, their families and the Sports Boosters find a way to ensure that their performance on the field is impeccable.