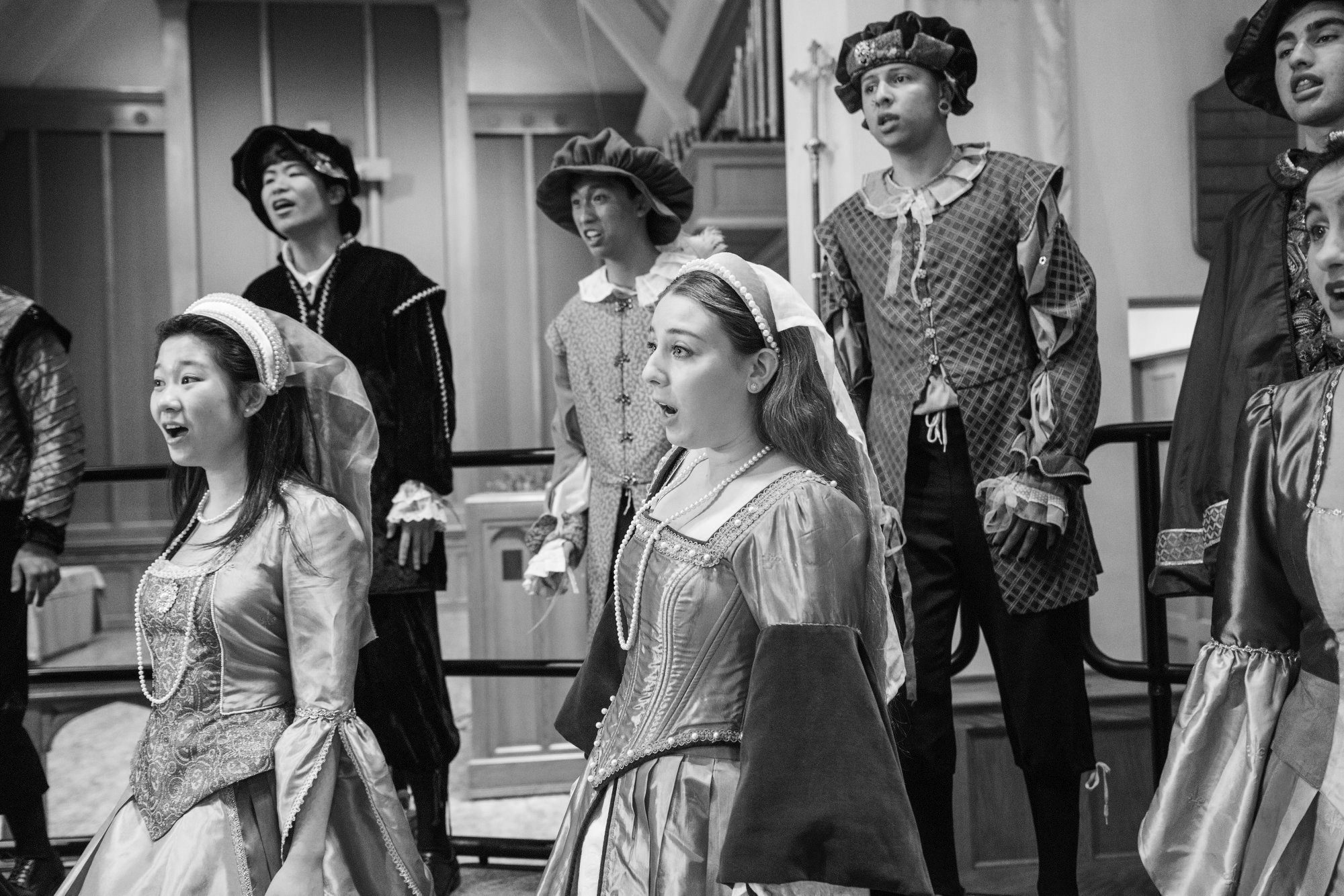 Choir to host fall concert in the PAC on Oct. 21

After months of preparation, the Paly Choir will bring its fall concert to the community on Sunday, Oct. 21, from 4 p.m. to 6 p.m. in the Performing Arts Center (PAC).

This will be Choir President and senior Jessica Weiss’s fourth year as part of the choir, as well as her second year in Spectrum and Madrigals, both advanced, selective choir programs at Paly. She said she has high hopes for the choir’s performance at the upcoming event.

“[The fall concert] is the first chance for an essentially new choir to get to perform and show off a little,” Weiss said.

Senior Esme Stotland echoed Weiss’s statement, and said she hopes the group will use the upcoming fall concert as an opportunity to “be more dynamic and musical.”

Weiss said the behind the scenes preparation that goes into making the performance seamless is intense.

“We all rehearse during class time, and then before concerts we have a dress rehearsal to make sure things are running smoothly,” Weiss said.

Weiss praised the individuals in the group, without whom she said it would be difficult to come together in such a short period of time.

“I would have to say that our biggest strength is the commitment people bring to choir. It takes only one person to sink a ship, but everyone is so focused and really giving their all in rehearsals and will be in our upcoming performances.”

As the arrival of every new year undoubtedly burdens the group with the loss of key seniors from the graduated class, it is important that the incoming vocalists step up to the plate, according to Weiss and Stotland. Weiss said the shift can be difficult for some, but said the new students have done an excellent job assimilating into the group.

“We’ve lost a lot of great, talented singers, but it’s always exciting to welcome in fresh voices,” Weiss said. “[However,] it does take a little time for us to get acclimated to them and to have the group click vocally.”

Stotland said there wasn’t a massive transition at the start of the year, but the returning members in the group are missing the voices and personalities of the class of 2018. She, like Weiss, is hopeful the group will be increasingly cohesive as the year progresses.

“I hope that we can work hard and push ourselves. My hopes are that we are able to bond as a choir and spend a [lot] of time together.”

The group’s debut was an off-campus performance that took place in the Stanford Memorial Church earlier this month.

The  event, held on Oct. 7, took place unusually early in the year for a performance. The group had to begin rehearsing pieces on the very first day of school in order to be adequately prepared by the day of the performance, according to Weiss.

The evening concert was a “reflective, contemplative 30-minute set of choral music,” according to the Paly choir website, and allowed the group to get some exposure from a different crowd.

The event served as a test run before their fall concert, where more of the student body will be present in the audience.

Choir has been working extremely hard to bring their best performance to the community and encourages students to attend the concert this Sunday to support them as they showcase their work over the course of the current school year.

Weiss said, “We’re poised to have an amazing concert later this October.”