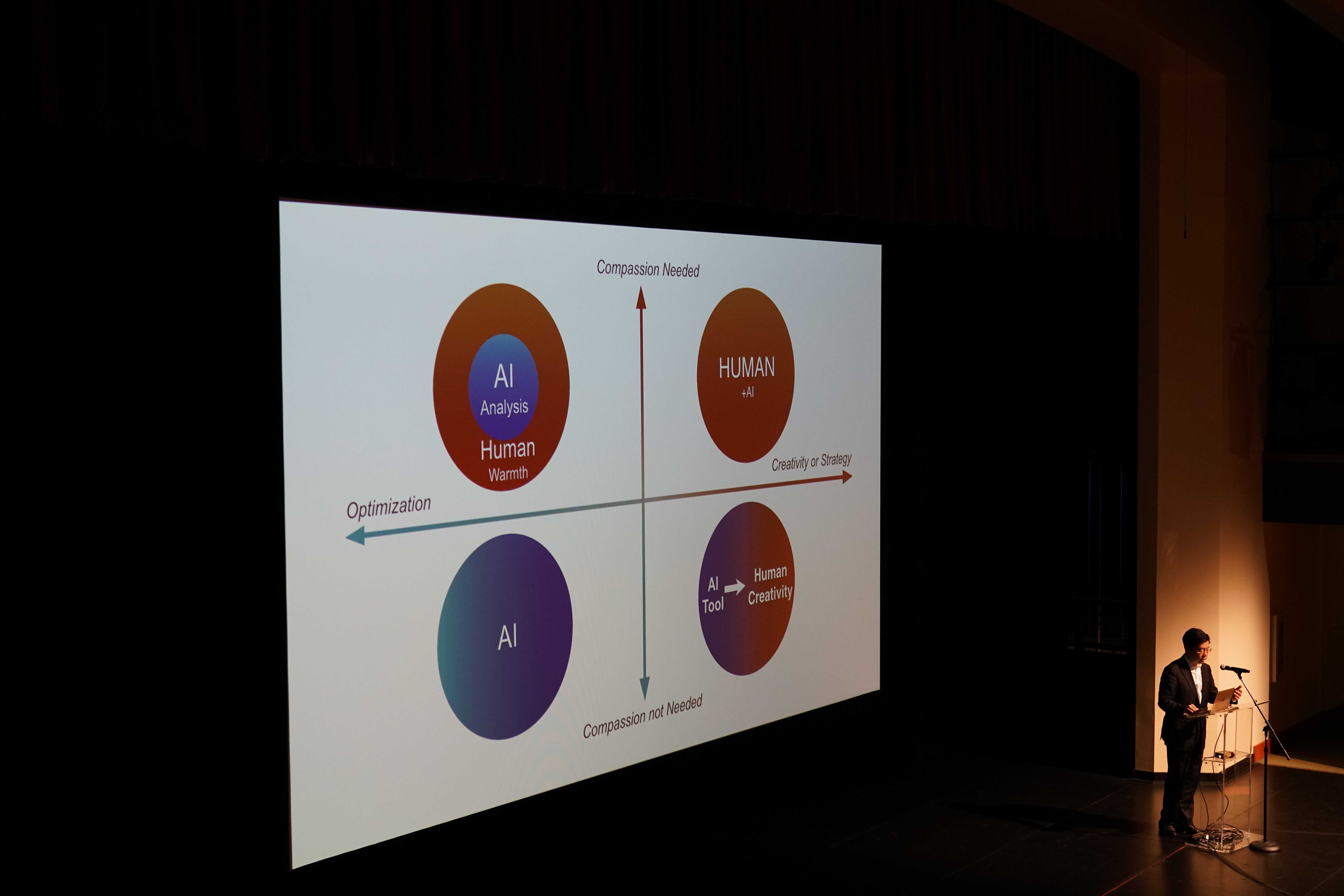 Within the next five years, AI-oriented products will replace routine jobs, such as cashiers and fast-food workers, according to Lee. AI only allows for extreme specialization of careers that focus on passion and human connection, which will lead to entrepreneurism.

“AI is trained on objective outcomes. They can determine basics like if you bought something or you didn’t before leaving a store. But you can’t label compassion, or vulnerability. Even if you train for creativity, the mistakes can be catastrophic. Basically, AI is mimicking people. So it can’t do a job like customer service. People just don’t want robot nannies, nurses, teachers, doctors.”

Lee, one of the most prominent technology investors in China and current CEO of Sinovation Ventures, says that China’s technological revolution is rapidly advancing to overtake the powerhouse of American technology, a topic he talked extensively about in his book.

“Silicon Valley believes that its technology models are the best, but China has been rising,” Lee said. “China is emerging as a pillar of entrepreneur strength. It may not be amazing innovation; it is probably better business wise in creating companies that cannot be copied.”

To describe Chinese industry development in words easily understandable to students, he used a historical analogy: Thomas Edison invented electricity, but the whole world employed electricity to create their own advancements.

Similarly, America invented various technological models, but other markets like China are able to evolutionize these models.

“I think China is currently maybe around same as the U.S. (in terms of AI advancements), maybe a little bit behind,” Lee said. “In five years, I think China’s monetization, valutization and making money and revenues from the market will be greater than the U.S. This is [only] about product and revenue, if you want to ask about research, technology, or a breakthrough, that of course puts the U.S. ahead again.”

Lee addressed the fear that some Americans have regarding Chinese markets interfering with American ones, especially in the midst of a trade war between the two nations.

“I don’t think there is a race because Chinese companies are funded by Chinese species for Chinese users, they don’t cross to the U.S.,” Lee said. “For AI, we’re actually living in two parallel universes.”

According to Cathy Williams, the organizer of the talk and Parliamentarian for Paly Parents, Teachers, Students Association (PTSA), Lee’s presentation is a learning process for parents and students on their future career choices.

“When you think about career, something that you want to bear in mind is that you do not want to get a job that will be disappearing in the next 20 years. It’s coming very quickly, much faster than we expected.”

PTSA Vice President Diana Pang said she hopes more parents and students can find out about activities that the PTSA organizes.

Pang said, “We actually organize quite some events so if you pay attention to the Paly Link, we don’t know if everyone reads it, but sometimes you could get some good advice from the speakers and authors, some of which we actually pay to be here.”