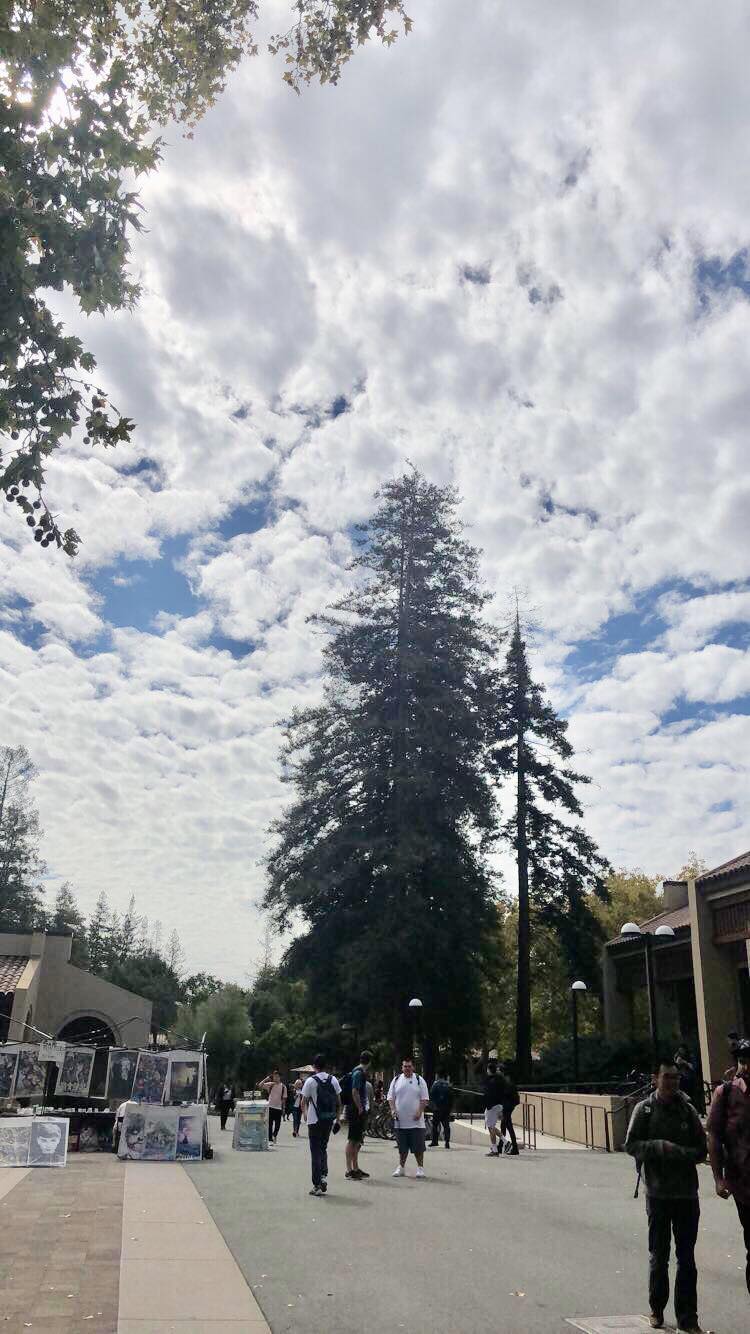 When Brooke Santana and Blake Ragsdale picked up their Paly diplomas, they knew their high school academic records would not lead them to the colleges of their dreams. Fast forward to today. Santana expects to graduate from the University of Southern California (USC) this upcoming spring and Ragsdale expects to land a University of California, Los Angeles (UCLA) degree a year later. What was their secret? Community college.

“Community college gave me an opportunity to prove to myself that I could do better,” Santana said. “Comparing my GPA from high school versus community college there’s a big difference.”

For many students leaving high school, community college as a first step offers two advantages — it is a much cheaper alternative than going to a four-year institution and it is accessible to everyone, regardless of prior academic achievement.

Students will attend community college to save money. Many now offer the opportunity to attend the first year for free, not including student fees,” Paly’s Community College and Career counselor Crystal Laguna said.

While low costs are a major benefit of attending community college, the path also allows students who may not have performed to their maximum academic potential in high school to get a fresh start and move on to a four-year school, sometimes even their top-choice colleges.

“[Some students] use [community college] as an opportunity to improve their GPA and have more options when transferring,” Laguna said. “If students wish to transfer they can look at what schools have transfer agreements and guarantee their spot at many four-year colleges, so long as they complete the requirements.”

Santana, who graduated from Paly in 2015, said this path was a good fit for her.

“Out of high school I got into two colleges because I had the worst GPA, so I knew if I went to community college I could try much harder and my GPA would reflect that,” Santana said.

Santana was dissatisfied with her two college admissions, so she went to community college for two years.

“It was nice going to a [community college] because there were very limited distractions. It was tough because all my friends were going away to colleges but I knew I made the right decision because two years from then I was going to have much better options as far as colleges go.”

Now Santana is on track to graduate with a degree in business administration from USC.

For Ragsdale, who graduated from Paly in 2016 and now is a junior at UCLA, community college offered an opportunity to get into programs that would have been difficult to be accepted into straight from high school.

“I graduated Paly with [about] a 3.0 [GPA] and my college GPA when applying to schools was a 3.9, so I would say don’t be scared applying to hard schools/majors if you never did well in high school because as long as you are motivated and actually put in the work you can do really well,” Ragsdale wrote in a message.

Ragsdale went on to transfer as a business economics student, one of the most popular and competitive majors at UCLA. He landed at Foothill after a year at the University of Arizona and acknowledges the challenges of coming back to Palo Alto.

“It is definitely different than going to a normal school,” Ragsdale said. “Since you are still living at home, it kind of feels like being back in high school. But community college is also a lot about what you put into it.’’

He found a group of friends and supportive teachers at Foothill who helped him bridge to UCLA.

“Since it is smaller classes, you get more one-on-one experiences versus colleges where you are in lectures with hundreds of others, and you never really interact [with your professors],” Ragsdale said. “The professors know you want to transfer, so if you put in effort to talk to them, they’ll help you out.”

As a former community college and transfer student, Laguna is familiar with the process.

In addition to a lower-stress transition from high school and a beneficial academic experience, the community college path is a process free of standardized testing, making it much simpler than taking the four-year college path.

“[Something I find] appealing about the transfer program is that it doesn’t require standardized testing,” senior Leslie Santos said. “Overall, I’m not a good test taker, so that was always something I worried about.”

Laguna hosts “community college week” in April for students curious about this step. This gives students an opportunity to learn more about the experience and connect with alumni. According to Laguna, the feedback on the community college experience has been largely positive from the students she has helped in the past.

“When I connect with our alumni, they seem to enjoy community college and are doing well,” Laguna said. “I appreciate it when they keep in touch and share their stories of where they have transferred.”