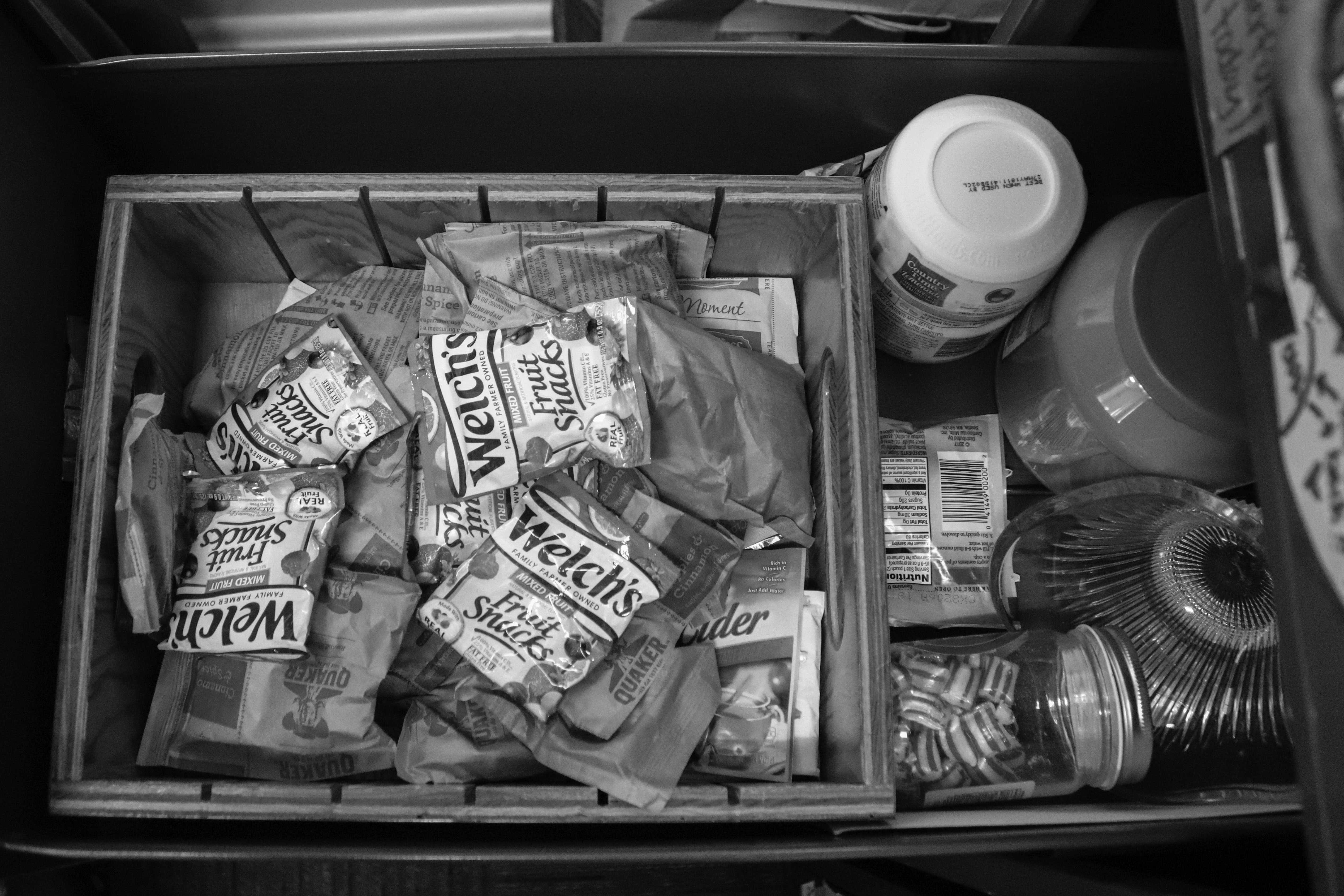 For nearly five years, students have filed into the main office by the dozen for food during brunch to be greeted by a smiling Vallen Queen, who has a plentitude of snacks in her drawer. Now, however, she is no longer able to provide snacks to those hungry students.

Queen, the administrative assistant to Assistant Principals Jerry Berkson, John Christiansen and Dr. Tom Keating, is known to many as the “snack lady” because she provides food outside the Tower Building on Friday mornings for whoever needs it.

Yet the effort and money that has gone into ensuring kids aren’t hungry in the morning has gone under the radar since the project’s inception nearly five years ago.

Queen has worked at Paly since the spring of 1999, originally working in the library as an assistant librarian. A year later, she made the transition into administration assistant, a job she has held under several assistant principals.

“I always tried to have snack bars and treats when they were around for the kids that came in hungry, but it wasn’t widely known and we pretty much bought the stuff ourselves. Then the word spread and we realized just how many hungry kids there were.”

Beginning in 2014, Queen provided a small number of students with snacks she stored in a file cabinet, helping out students who were in need of something to raise their spirits. However, what began as a small yet generous gesture to a few students slowly grew into a stream of 20 to 30 students flowing into the main office every brunch.

For senior Bakari Spencer, the option for him to have a snack at brunch was something he truly appreciated. He said that after having zero-period P.E. for his first two years of high school, being able to stop by the office at brunch and have a granola bar really helped him get through school and focus.

“Having the snacks at brunch was a great way of giving me energy for the rest of the day. I really appreciated Ms. Queen for giving her time and money to give us snacks.”

Queen tried providing breakfast once a month by partnering with Mary Ellen Bena, who as a secretary on special assignment helps with catering and coordinating testing.

The breakfasts consisted of biscuits or burritos that Queen would make beforehand, however, this only lasted nine months.

Having to shop for supplies and taking the time to make the breakfasts made it difficult for Queen to do her job, and even though she had financial support, she had to stop making breakfasts once a month. Nevertheless, students still came to Queen for food, so she decided to set up some food and appliances in the main office kitchen.

“I started going shopping once a week to get fruit, oatmeal, hot chocolate, bread for toast and whatever else I could manage,” Queen said. “I got a grant from the (PTSA) and donations from local businesses. They were very supportive.”

The grant she got from the PTSA consisted of $1000 and was only supposed to be for one year. However, Queen was able to get funds allocated for a second year. She also received donations from Mayfield Bakery in Town & Country Village.

In the 2016-17 school year, Berkson decided that snacks would be distributed in the Tower Building hallway to help hungry students.

“Since I didn’t have any appliances in the hall, the food was mostly prepackaged bars, cookies, crackers, fruit snacks,” Queen said. “This was funded by some funds that Mr. Berkson found. It was so popular that I blew through my budget after the first semester, and I don’t know where second semester’s money came from.”

Queen then had to cut back to just distributing food on Friday mornings because of the increased demand from so many hungry stomachs. Still, she said she remained determined to help those who desire a bite. This year, however, there is no funding to buy snacks. Queen said she remains hopeful to provide food to students in the future.

Spencer said that in previous years, students came back for snacks every day because they appreciated what Queen did for them. He said having someone that you could go for extra energy was helpful to him,  as well as the multitude of other students who would show up during brunches.

“You are better able to concentrate, you do better work [and] y ou behave better when you’re not hungry,” Queen said. “Kids are always hungry. It doesn’t matter what their life circumstances are—it isn’t about money or care or anything like that. There are dozens of reasons why kids need a snack: they ran out of the house in a hurry, their parents ran out of the house in a hurry and didn’t remember to leave money. It doesn’t matter why — it’s just a fact that you all need to eat, and I am determined to provide something for you.”