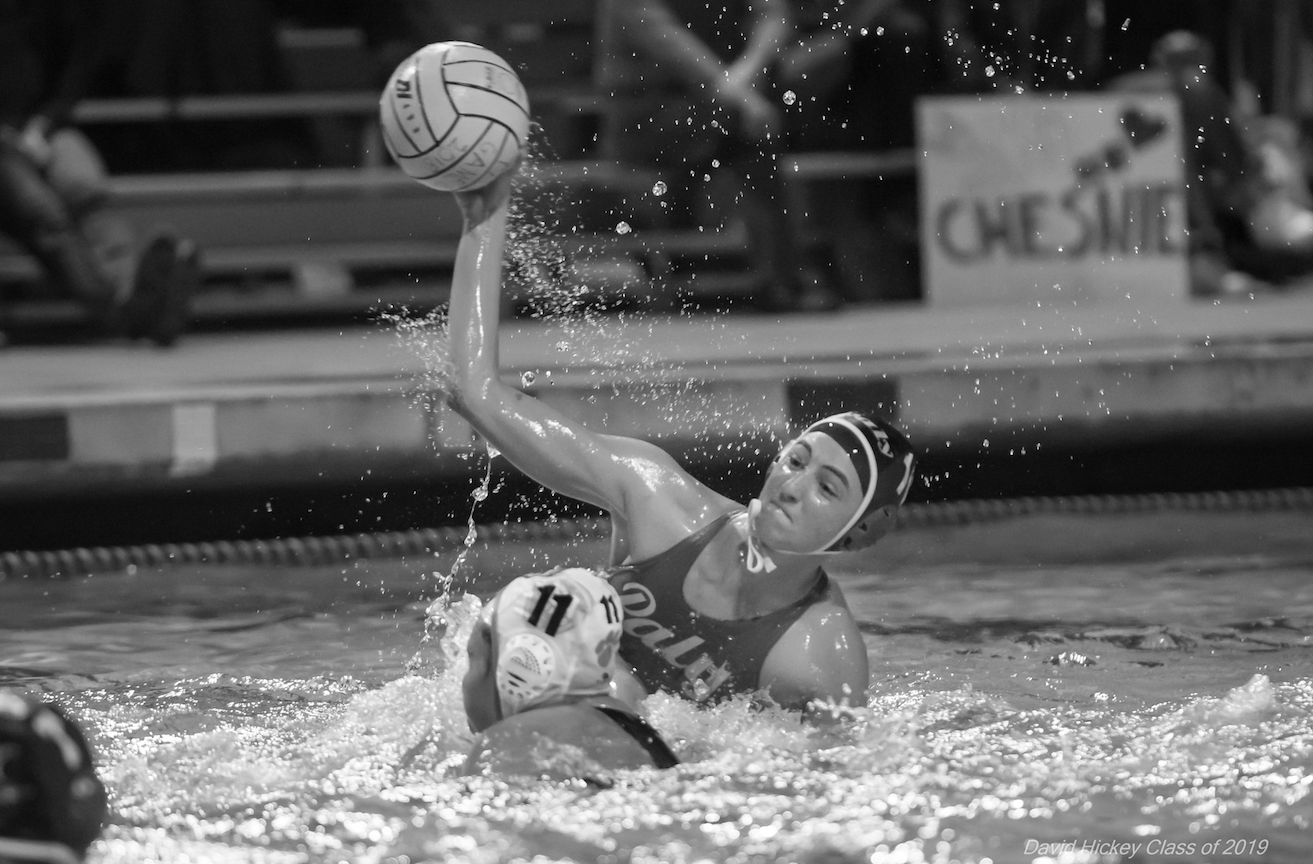 At the conclusion of a trying season, the girls water polo team anticipates recent wins and an accumulation of skill development will earn them a coveted spot in the Central Coast Section (CCS) playoffs according to coach Doug Stotland.

“[The players] get better and more confident every week. Even when we come up short, we see them making plays that they couldn’t make before.”

Stotland said many players who were new to varsity experienced significant growth in technical ability over the course of the season.

“They’ve pushed and inspired the whole team to take their games up,” Stotland said. “More than half the minutes played and goals are from players who weren’t on varsity last year.”

Earlier last week, the team beat Saint Ignatius High School 9-3 and Wilcox High School 9-1 marking its seventh and eighth wins of the season. The team is ranked sixth in the Santa Clara Valley League with a record of 8-14.

“I’m proud of the work we did, how hard the team competed and the improvements we made,” Stotland said. “With the league tournament and CCS ahead of us, we have the biggest opportunity so far to see if we can put it all together to win games against teams we haven’t been able to beat yet.”

According to sophomore Grace Lindstrom, the enthusiasm of underclassmen players on the team has contributed significantly to both a positive atmosphere and recent successes in the pool.

“The younger players are an amazing contribution to the team and they have stayed nothing but positive during practices and games. I have loved having them around and it has been super cool to see them grow into the strong players that they are.”

Sophomore Adora Zheng said the younger players grit and talent will carry the team into a strong finish to this and future seasons.

“They’ve brought fresh new mindsets to the team, and their improvement from the beginning of the season is incredible,” Zheng said. “We’re going to finish strong and use the games we have left to apply the things we’ve been practicing all season.”

The team is set to play three more season games before CCS as part of the Knarrs Cup at 7:30 a.m. on Saturday in the Paly pool.

Stotland said, “We expect the [team’s] contributions to grow and be key to finishing the season with strong showings in our conference tournament and a spot in CCS.”