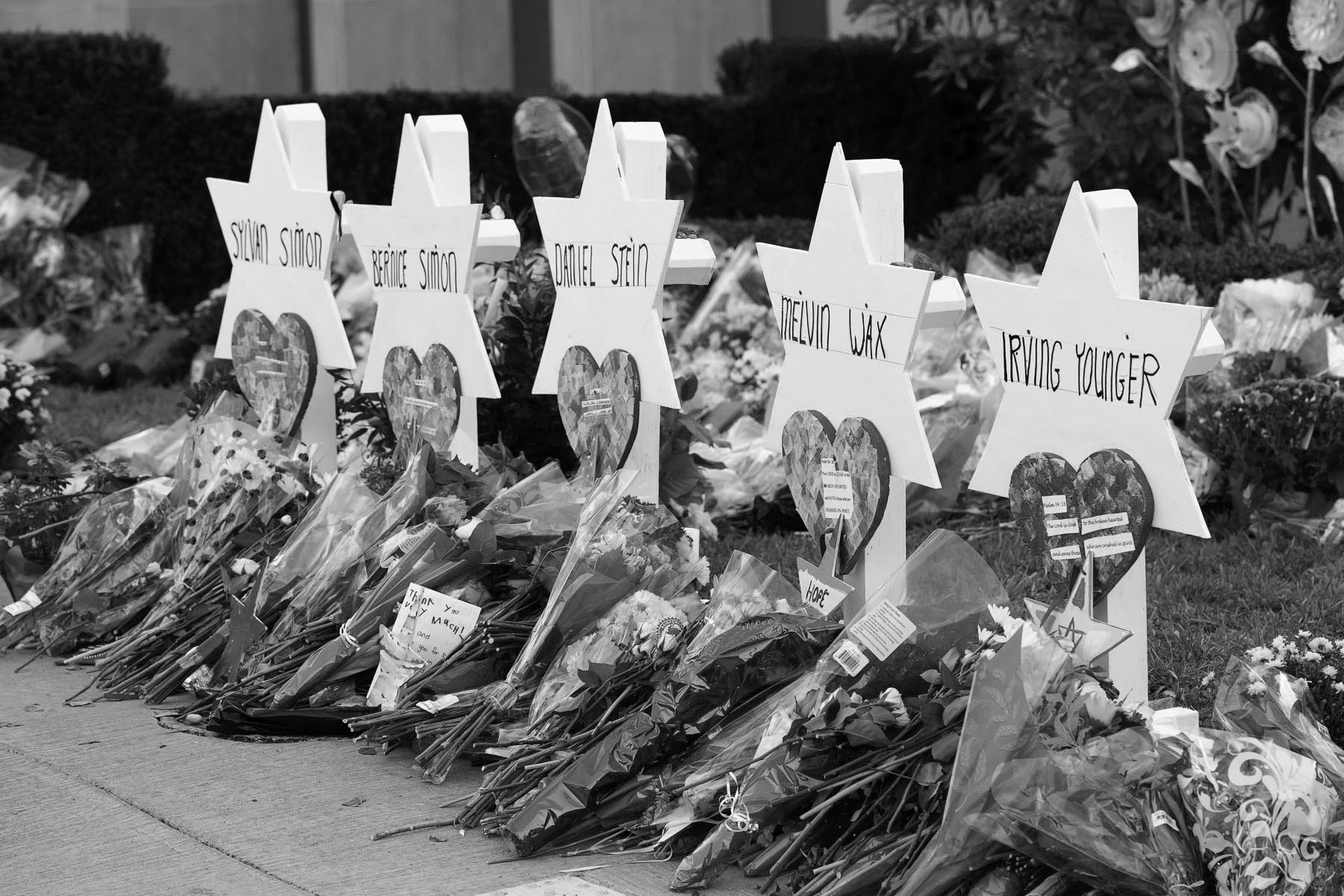 An anti-Semitic American gunned down 11 people at the Tree of Life synagogue in Pittsburgh on Oct. 27, the weekly holy Shabbat for Jews, claiming his targeted views were centered around the Jewish-American community supporting refugees and that “[Jews] were committing genocide to his people.” Although the effects of this shooting can be felt all across the country, the Palo Alto Jewish community at Etz Chayim congregation, Hebrew for “Tree of Life,” has been deeply affected by the tragedy.

The two synagogues are not formally connected; however, Rabbi Chaim Koritzinsky from Etz Chayim said the matter that his synagogue has the same name affected him and his community on a more personal level.

“It’s hard not to start imagining a similar scenario happening in our own synagogue, and so whenever one reads or hears the name Tree of Life (Etz Chayim), it makes it feel that much more close to home.”

Koritzinsky said he first heard of the attack the morning of at his synagogue.

“Because I don’t use electronics or watch TV on Shabbat, a congregant informed me what happened,” Koritzinsky said. “My first reaction was: ‘Are you serious? In a synagogue? A synagogue with the same name as ours?’ It took me a while before it started to sink in. When the time came to lead our Shabbat morning services, I noticed that there were a few people there that don’t usually show up. Some people’s instinct was to come to the synagogue to process, reflect and be in the community.”

Rachael Richmond, a Paly junior and a youth member at Etz Chayim congregation, said she saw growth in her Jewish community immediately following the attack, and received comfort through flowers, hugs and cards.

“People that don’t usually go to [Etz Chayim] came to [Etz Chayim],” Richmond said. “There were people who were not even Jewish who showed up to Shabbat to show us support. It was a big come-together of the greater community.”

However, Koritzinsky said he was not prepared to talk about this issue to Jewish youth at Etz Chayim.

“Sadly, our youth have grown accustomed to hearing about mass shootings,” Koritzinsky said. “But this one felt different — this one hit closer to home. On Sunday morning, I led a discussion with our teens who are becoming Bar and Bat mitzvah [13 years old] in the coming year. Both the teens and their parents wondered whether this event might have an impact on their Jewish identity and whether it may strengthen it and display it more proudly or make them more cautious about expressing it.”

Regarding ways to prevent an event like this from happening again, Koritzinsky said there is an urgent need for gun control and harsher punishments for hate crimes.

“I don’t know how America can stop these tragedies, but I do think Americans can make access to guns more difficult and create more serious consequences for hate rhetoric,” Koritzinsky said.  “When one allows virulent hate speech, it can too easily move from words to actions. We need to find ways to stop it long before it escalates to the level of action.”

From a different Jewish congregation, Paly senior Naomi Sporer said that her family decided to attend an interfaith memorial ceremony at Congregation Beth Am. She said that, although she had learned of the attack from a phone call from her synagogue, she did not have a complete reaction until she witnessed the mass of people at Beth Am.

“There was a memorial ceremony there, and there were Muslim, Hindu and Christian communities there. That’s when it really hit me, because I realized that these people [in Pittsburgh] were targeted because they were Jewish.”

Both Richmond and Sporer said they were touched by the turnout of the events they attended, but they wished there was a greater emotional response nationwide to the attack on their community.

“I saw that people that were posting about the Pittsburgh shooting got a lot of comments about supporting Israel, like ‘what about Palestine?’ and that was upsetting to see,” Richmond said. “Pittsburgh is not even related to that. It happened to people humans, so we should care about that and not involve politics.”

In order to combat future assaults on the world’s progress toward acceptance, Sporer, Koritzinsky and Richmond all say that communities need to remain intertwined and unified against hate.

Sporer said, “The more people, the more power that we have, the more love that everyone carries for each other. No matter what religion, race you are, what you believe in, [that] doesn’t matter to the point where you aren’t accepted. There is always a need for communities to be together for one another to stand together.”