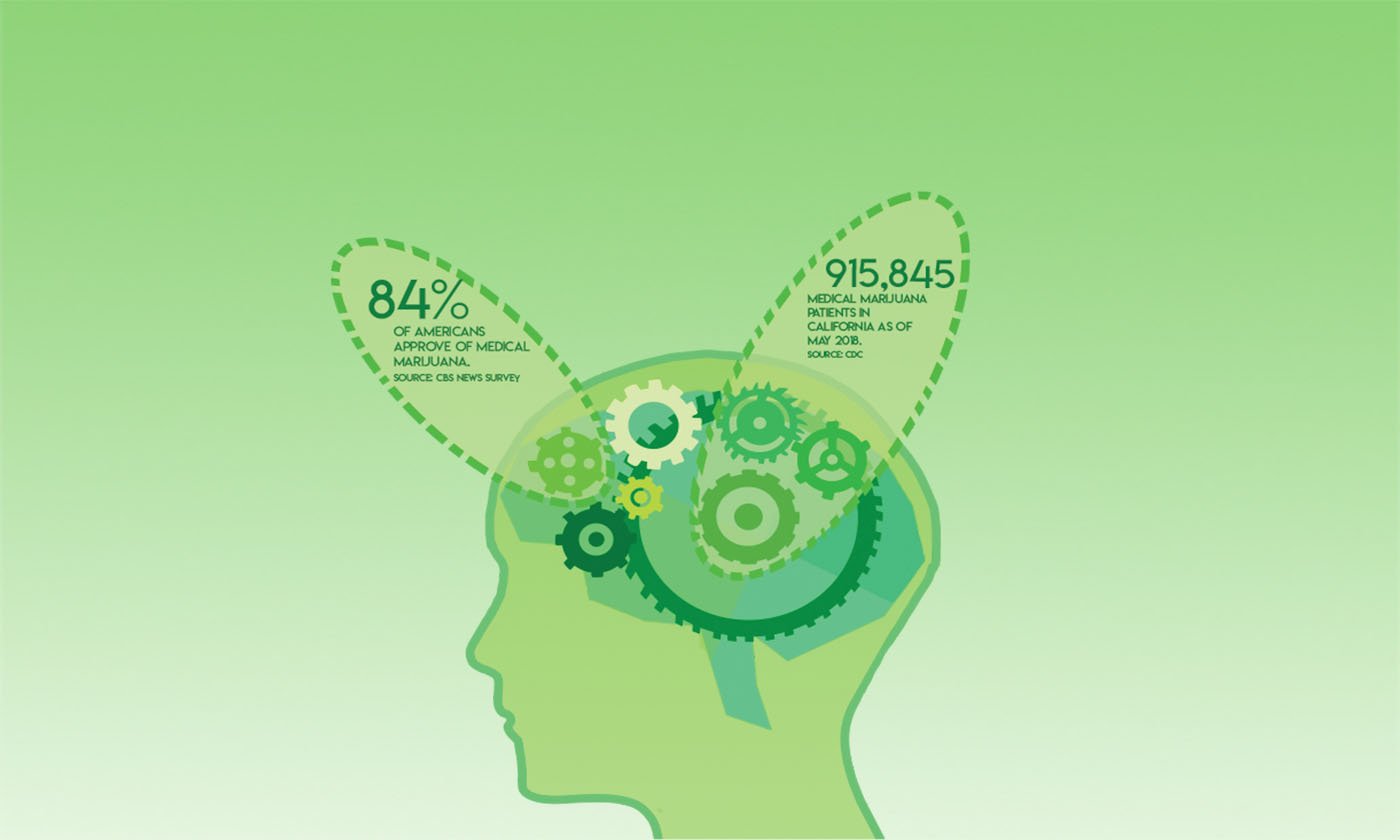 Whether recreational or medical, marijuana has cemented itself into American teenage culture. Especially in Palo Alto, where marijuana is legal for those over 21-years-old and money to purchase it is abundant.

In some cases, minors can acquire cards with the approval of a guardian and doctor.

Additionally, students have found loopholes within marijuana delivery services that can allow for them to be a medical marijuana card holder by answering some questions pertaining to mental health and paying $30.

Pete, a senior at Palo Alto High School whose name has been changed to protect his identity, has had a medical marijuana card since he was 15 years old. After struggling with depression and insomnia for years, Pete had tried various supplements and forms of prescription medication to no avail.

“I ended up trying cannabis in a social setting and found it did exactly what these solutions hadn’t. It helped me relax and not feel the effects of my depression and insomnia.”

Although many warn against frequent marijuana use for minors, Pete said his experience shows in some cases, curbing mental illnesses that would be taking a more detrimental toll on a student outweigh the possible negative effects of marijuana use.

“I spoke with my doctor about [my experience with marijuana] and he told me it undoubtedly had medicinal benefits, and although it can cause negative side effects, we agreed the good outweighed the harm in my case,” Pete said.

Pete also explained his perspective on the benefits of marijuana use, drawing from past drug use experiences.

Although Pete’s use of the drug is primarily medicinal, he also uses it recreationally.

“I wouldn’t call my use of marijuana solely recreational because it definitely benefits me in more ways than one, and while many disagree with its toxicity to the body, as someone who has abused certain other substances, it feels good to now only be getting high on cannabis,” Pete said.

Unlike Pete, Jack, a Paly graduate whose name has been changed to protect his identity, obtained a medical marijuana card without consulting a doctor. Using a loophole in the a marijuana delivery service, the student simply answered some questions regarding his mental health and paid around $30 for a card.

“So a while back (a marijuana delivery service) would issue medical records,”Jack said. “Basically, when you would go on the website, it would say ‘consult a doctor’, and if you gave certain responses that made it seem like you needed it for mental health issues as well as your personal information, you could be issued a [medical marijuana] card.”

Using this loophole, Jack was able to obtain marijuana legally without the approval of a real doctor. Despite recreational use not being legal at the time.

Although Jack used the drug for recreational purposes, he would also use it to calm symptoms of anxiety and depression.

“I haven’t been prescribed marijuana for tendencies regarding anxiety and depression, however I do have those tendencies and I have used marijuana to medicate which has really helped me calm those feelings,” Jack said. “But, I think you need to be aware that sometimes smoking weed can worsen people’s anxiety and make them more paranoid. However, I’ve learned to control that in most situations.”

But frequent drug use can also come with downsides, and Angelina Bene Michael, a Wellness Center administrator, strongly urges students to feel comfortable in speaking about their issues with drug use with a trained professional.

Because marijuana is legal in California, minors with mental health issues such as anxiety and depression have a much easier time acquiring licenses here than in many other states.

In many states where marijuana is not legalized, minors can only qualify if they are suffering from cerebral palsy, cystic fibrosis, irreversible spinal cord injury with objective neurological indication of intractable spasticity, severe epilepsy or terminal illness requiring end-of-life care.

For medical issues such as cancer, medical marijuana is used to ease painful side effects of the patients disease. In most cases, patients do not smoke marijuana; they take in the drug through creams or edibles. However, in cases of treating mental illness, researchers are fearful that the drug will only worsen the patient’s condition.

According to an article by Professor of Pharmacology and Pharmaceutical Sciences Simone Tambaro, “the main psychoactive ingredient of hemp, ∆9-tetrahydrocannabinol (THC), and its synthetic cannabinoid analogs have been reported to either attenuate or exacerbate anxiety and fear-related behaviors in humans and experimental animals.”

For students like Pete, marijuana can have a largely positive effect. The drug can create a euphoric and relaxing effect, reducing feelings of restlessness and depression.

THC and Cannabidiol (CBD) both create this positive feeling for the user. THC often brings on a wave of happiness and increases sensitivity to sound.

CBD is found to reduce pain and muscle spasticity, which is the main benefit for many medical marijuana users.

However, it cannot be ignored that, for minors, many dangers are associated with freuent marijuana use.

Krista Lisdahl, Director of the Brain Imaging and Neuropsychology Lab at the University of Wisconsin, strongly advises against teen marijuana use.

Lisdahl referenced a number of studies that show that using marijuana once a week or more actually changes the structure of the teenage brain in areas related to memory and problem solving.

In a study done by the National Institute of Drug Abuse, it was found that those who used marijuana heavily while under the age of 18 showed impaired mental abilities pertaining to memory and problem solving, even after they quit taking the drug.

THC, a primary component of the drug, alters the ability of the hippocampus.

This area of the brain is related to learning and memory and also allows effective communication between different regions of the brain.

However, it is important to note that scientists know very little about long term effects and there is a substantial amount of inconsistent data regarding the issue.

Many researchers disagree on the severity of marijuana’s effects.

Since reactions to the drug have a dramatic range, it is difficult for scientists to conclude on the ultimate effects of frequent marijuana usage. According to James Giordano, professor of neurology and biochemistry at Georgetown University Medical Center, people’s reaction to marijuana can be based on their genetics or even the cultural messaging they’ve internalized about how a given substance should affect them.

In cases ranging from mental to physical illness, marijuana is only a suppressor of symptoms. For some, it makes a world of a difference. For others, it worsens their condition.