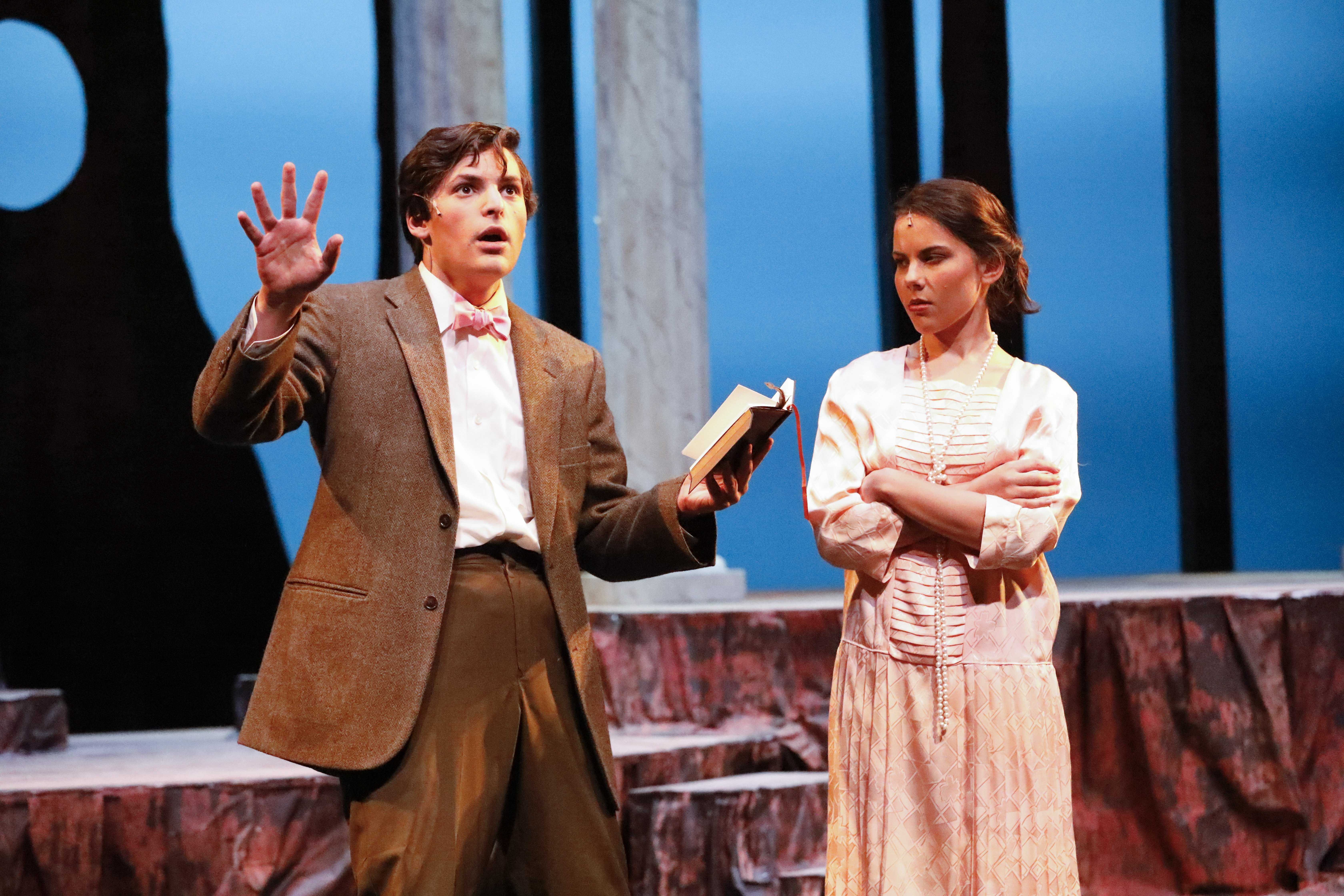 Paly Theatre is putting on its fifth and final performance of Shakespeare’s “A Midsummer Night’s Dream” on Nov. 9 at 7:30 p.m. in the Performing Arts Center.

The play is the first of Paly Theatre’s 2018-19 season.  It is co-directed by Tony Kienitz, parent of Paly alumnus, and Kathleen Woods, head of the Paly Theatre program. Paly Theatre performed the play on Nov. 2, 3, 4 and 8 in the late afternoon and evening.

According to Woods, Paly Theatre selected this play because of a shift in the performance schedule. Last year, instead of performing a Shakespeare play, the program produced “Venture.”

“Having waited an extra year, students were very eager to do another Shakespeare play. The last Paly Theatre production was ‘Macbeth,’ … so I was looking for a comedy. Midsummer was the best fit for the talent we currently have, and it is Shakespeare’s most popular play—for good reason. It is hilarious and offers many performance and stage tech opportunities.”

Preparation and design work for “A Midsummer Night’s Dream” began over the summer, and the show was cast late August. Since early September, the cast has rehearsed five days a week after school. Performers attended weekend rehearsals and made late-night preparations prior to the first performance.

“Hundreds of hours go into building and painting the set; collecting and creating costumes for the cast of 40, many of whom wear more than one costume; creating sound cues; finding and making props, etc.,” Woods said.

Furthermore, actors had to study their characters and adapt to the personages and language of the play. Junior Emilia Massoudi interpreted her character, Hermia, one of the four lovers in the play, as a spoiled princess. Massoudi studied and worked closely with the directors on the language and character development of Hermia.

“I rewrote all my lines in our modern language in order to match the rhythm of that to the old Shakespearean speech,” Massoudi said. “Since this took place in 1918, I watched some silent comedies and studied the body language and physicality of the women in the films. [I was] also drilling the lines every week to get them in my body.”

Senior Robert Vetter plays Demetrius, another one of the four lovers. Vetter had to adjust to the new character and discover how to effectively bring out humor in a serious character.

“This is really special to me because I’ve played Thisbe [another character] four other times, so playing a totally different role has been really interesting and fun.”

In addition to the acting, music plays a crucial aspect in this production. The performance includes a pre-show, in which the band marches in while audience members are still seating. The show also includes live music and dance that the band has spent much time rehearsing.

Junior Leo Marburg, the band leader and orchestra director of the play, is responsible for assembling musicians and cueing the band to play in the show. According to Marburg, Aaron Slipper, a Paly alumnus, composed the music for the show.

“Since the show is set in 1918, the music is similar to music from that time period,” Marburg said. “For example, some of our songs [include] ragtime, … Dixieland and ‘jungle sound’ Jazz. We also play more classically inspired tunes and a tango.”

According to Massoudi and Vetter, the previous performances have been very successful. Both believe they performed well, and are proud of their portrayals of the characters.

“It’s much better than anyone would think a high school Shakespeare could be,” Vetter said. “I’m just really excited for people to see it because it’s a really funny show and people have been enjoying it a lot thus far.”

The success of the production shows through the audience’s reactions as well, with laughter filling the theatre throughout each performance.

Massoudi said, “The audience changes every night, so the energy is always different, but so far the audience reactions have been really good.”