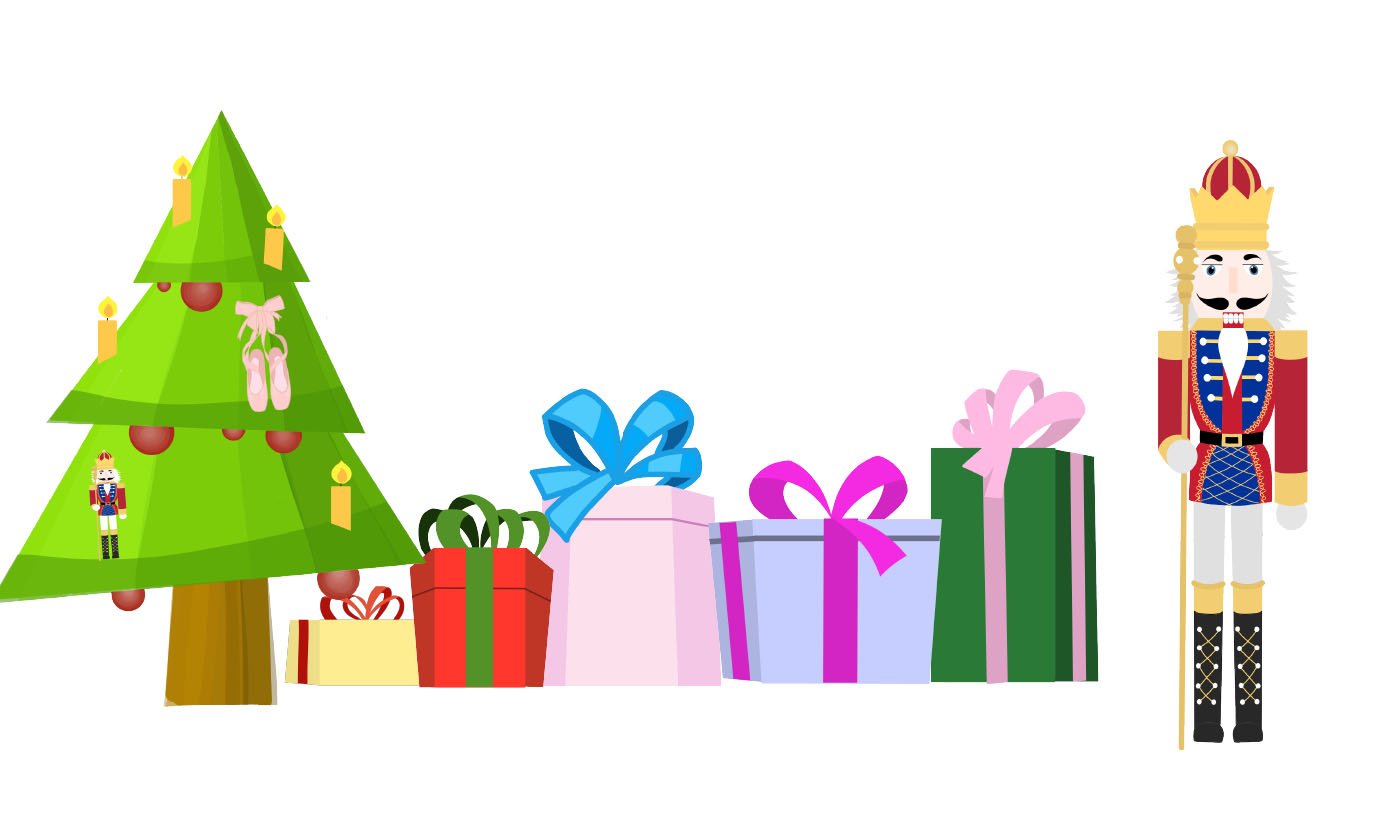 As Halloween passes, the holiday season approaches bringing sparkling lights, extravagant meals and festive spirits.  In the span of just three months, many celebrate holidays such as Thanksgiving, Hanukkah and Christmas, which fill the air with  holiday spirit and traditions. A common tradition is seeing an annual dance performance of  “The Nutcracker.”

The story of “The Nutcracker” takes place on Christmas day and follows Clara, a young girl, who dreams about a Nutcracker and his victorious battle against the Mouse King. The Nutcracker’s  defeat of the mouse breaks an ancient spell, and he transforms into a prince. Throughout the rest of the performance, Clara and the Nutcracker Prince travel through many different realms, such as the Land Of Sweets, and meet a variety of different people throughout their journey. The play concludes with a final dance in which Clara and the Nutcracker bid each other farewell.

Around the world, dance studios create their own versions of this popular and timeless performance, putting their unique spins on the story. Pacific Ballet Academy is a

This year, two Paly students are starring in the Pacific Ballet Academy production: senior Sabrina McDowell will be playing Clara and senior Nicole Adamson will be performing as the Sugar Plum Fairy.

While dancers such as McDowell and Adamson’s performances may seem flawless, the majority of the work they put in takes place before the show. In order to prepare for their shows, dancers attend classes up to four times a week. They also spend an extra two hours after classes rehearsing for the performances three times a week. Because the dancers have to balance dance with school and college applications, their busy schedules create difficulties during Nutcracker season, according to McDowell.

“One of my biggest challenges during Nutcracker season is time management. Since October, I have been going to the studio four to six days a week, up to 16 hours a week. On days that I don’t have rehearsal, I am still quite busy because I have to get ahead in school.”

Despite the hours spent in the studio preparing for “The Nutcracker” performances, the amount of time dancers spend rehearsing is one of the many ways they get to know one another.

“The busy schedule brings everyone closer together, and Nutcracker season is when most people make new friends,” McDowell said. “This is especially true during dress rehearsals, which, due to their run-through like nature, include more down time than most.”

Outside of rehearsals, the cast has other opportunities to bond in Nutcracker season. For example, the cast participates in an annual Secret Santa event.

“Everyone writes down five food items they want on a list and we exchange the slips, so it’s kind of like a Secret Santa, but you get food. We do that every year with Nutcracker, so eating lots of junk food right before the show is a tradition.”

Through all the various traditions, Rima and Marion Chaeff have been through it all — the two adult sisters have been directing “The Nutcracker” since they started performing it at the Pacific Ballet Academy. Marion Chaeff’s experience directing the show for 28 years has allowed her to work out all the details that go into putting a big production on like this.

“There are many areas to cover, including hundreds of costumes, sets, backdrops, music and someone to call the show, giving cues for all actions on stage, including lights and music,” Marion Chaeff said.

Along with dancers and props, costumes are one of the most important parts of the show, as they help transform the dancers into their characters.

“Clara has two costumes: a party dress and a night gown,” McDowell said. “There are a few party dresses that Claras can choose from, in a

variety of different colors and sizes. All of them are lovely, but I’ve liked the pink one the best for quite a while, and I am really glad I can wear it.”

New renditions of the dances also allow the dancers to make their characters more personal and stylistic.

“Part of this year’s choreography is new, and this year’s Clara has a different character arc than she does in most Nutcrackers,” McDowell said. “Clara even has a sword for part of the battle scene. This is one of my favorite scenes because I really enjoy making up thought processes of all the different characters, including Clara, and the new story gives me more room to interpret the characters.”

After weeks of auditioning, setting up the stages and dress rehearsals, the dancers, choreographers and directors are able to put all their work into action. There is a new cast every performance of the season, making every moment count for the dancers when they are on stage.

“It’s nice because we do six shows and they give you multiple parts, so you can perform multiple parts each year,” Adamson said. “I just try to enjoy it because there are six sugar plum fairies, one for each show, so I only get to do it once. I try to make the most of it.”

While some may experience nerves before a big performance like this, both Adamson and McDowell have expressed their love for performing.

“I spend most of the time before a performance trying not to worry about things, so I really rely on having practiced enough that by the time performance comes, everything, including character, is habit,” McDowell said.

After each performance, Marion Chaeff always expresses her love for her job and the students’ hard work throughout the process.