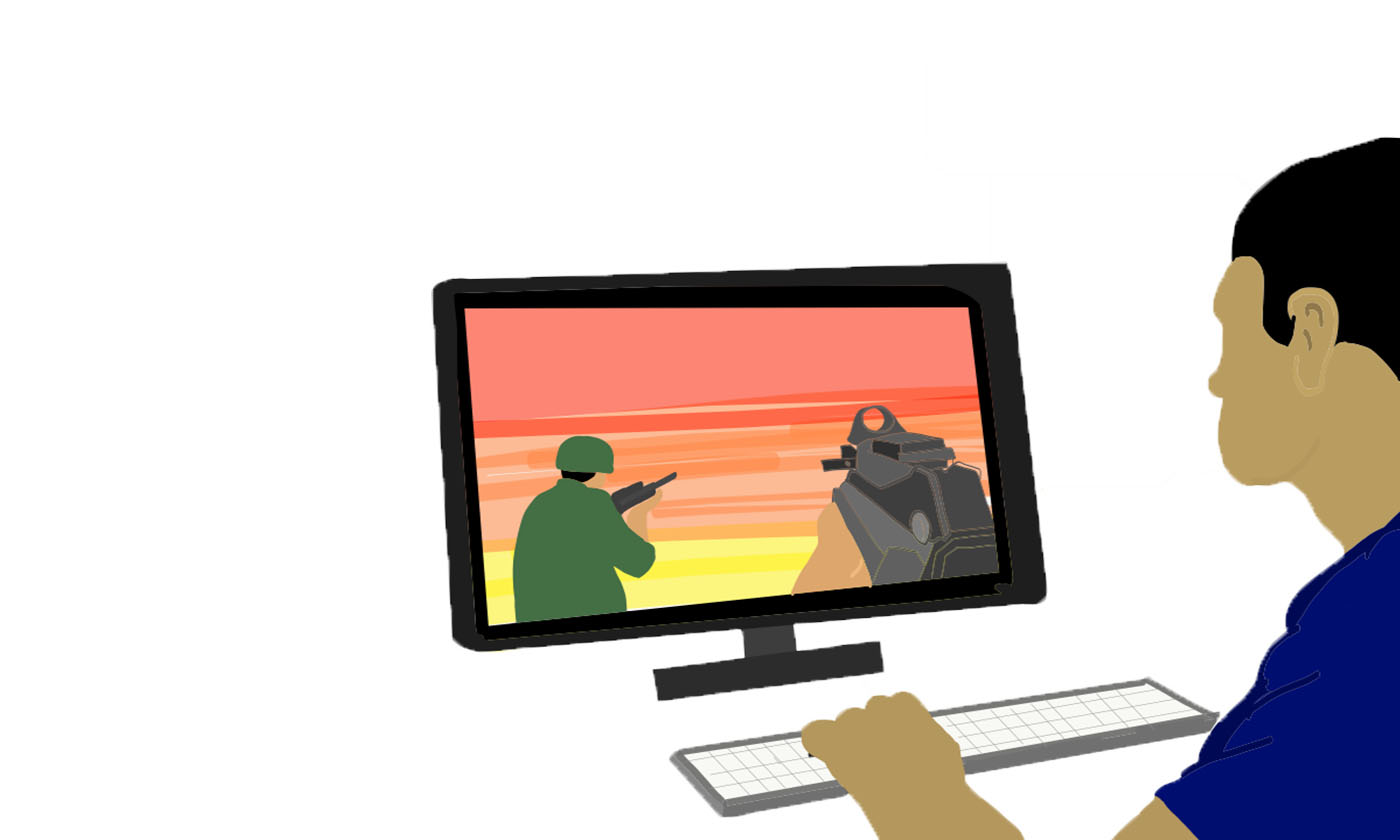 Cheers erupt from the stands as thousands of fans crowd Oracle Arena. Bright spotlights and giant screens replace the basketball court in the center of the stadium. Supporters of electronic sports, or esports, gather from across the country to watch players compete in the grand finals of the North American League of Legends Championship Series.

Less than 30 miles away, junior Benjamin Kong turns on his gaming computer, and opens three windows on his desktop — the first to watch the championship match, the second to log onto his own League of Legends account and the third to post a reminder that practice for the Paly Esports Club is about to begin.

Since co-founding the club in 2016, Kong has worked tirelessly as the co-president in a collaborative effort to provide students from Paly and Gunn High School with a productive outlet for their esport talents. Club members practice four times a week in preparation for competition at national, inter-high school tournaments for video games like Counter Strike and Overwatch. Today, the club boasts over 100 members across events.

“Originally, what we started out with was just a fun little project among friends,” Kong said. “We all played video games and we just wanted to see how far we could go as a team together and build friendships along the way, but as it went on, we finally won a tournament [and] we realized that we could turn the time that Paly students play [into] something useful.”

Sophomore and Counter Strike team captain Enzo DeMarinis said a shortage of players has been a limiting factor in previous seasons, when the club played against high schools where esports were more widely accepted.

“During the [Spring 2018 National High School League Tournament], we made it to playoffs, but we didn’t have enough players, so we had to forfeit quarterfinals [because] we just couldn’t play,” DeMarinis said.

According to DeMarinis, the club received unprecedented influxes of players at the beginning of the 2018-19 school year, after publicizing its achievements on Infocus. According to Kong, these influxes resulted in the club’s current status as one of the largest high school esports programs in the country.

DeMarinis said some members receive advice from a volunteer coach who reviews videos of their games online. Christine Ahn, a member of Carnegie Mellon University’s esports team, served as the club’s coach for its first season in 2016.

Esports, like any other sports activities, teach the same concepts: teamwork, leadership and communication. [All] require time commitment and cannot be done without being passionate about what you do, while still balancing [academics].

According to Kong, the club is currently seeking corporate sponsorship or official recognition as an athletic sport in order to obtain adequate funding. The team’s current lack of funding precludes many players from participating, as they are unable to afford tournament entrance fees or required equipment such as specialized computers, keyboards and mice.

“Some players have struggled… sometimes it’s hard for them to pay off the expenses,” Kong said.

Kong said players’ earning potential in esports is higher than in many other sports. After the team won the Winter High School League Championship in 2017, one Paly Overwatch player was invited to attend Upper Iowa University on an all-inclusive scholarship. Kong believes potential scholarships often attract academically ambitious students to join the club.

There are many tier one colleges that have teams now, including Stanford, Berkeley and Carnegie Mellon. There are huge leagues for colleges now and I think what people don’t understand is the size of esports now.

According to Bobby Pragada, the co-founder of the Stanford esports team, esport’s following has grown exponentially at both collegiate and high school levels and will continue to do so until it is widely accepted.

“I believe within five years, every school in the country will have an officially sanctioned esports program and a lot of them will be scholarship based,” Pragada said.

Pragada said criticism of esports will subside as its practice becomes mainstream.

“It’s almost like you’re out there for an hour or two hours practicing kicking the soccer ball around with your friends,” Pragada said. “It’s the same kind of mindset in that it’s not wasted time — it’s time spent building a specific skill set, creating a repertoire and creating a familiarity with a medium that is maybe [seen more negatively].”

Gunn High School junior and Paly Esports Club member Quinn Arbolante said students from his school sometimes join the Paly club as a way to play in official high school leagues which they would be unable to do otherwise.

“[A] major problem which makes it seem [like] there is stigma towards video games is that Gunn doesn’t allow anyone to play esports competitively under their name, due to the risk of being liable for cyberbullying or harassment,” Arbolante said.

According to Kong, esports provides students from both schools with the opportunity to use their talents and build important life skills.

“[Our goal is] to create a friendly and social and yet still competitive community of gamers in Paly and Gunn schools,” Kong said. “We strive to make Paly the best high school team in the nation and provide a way for students with talent in video games to become recognized.”