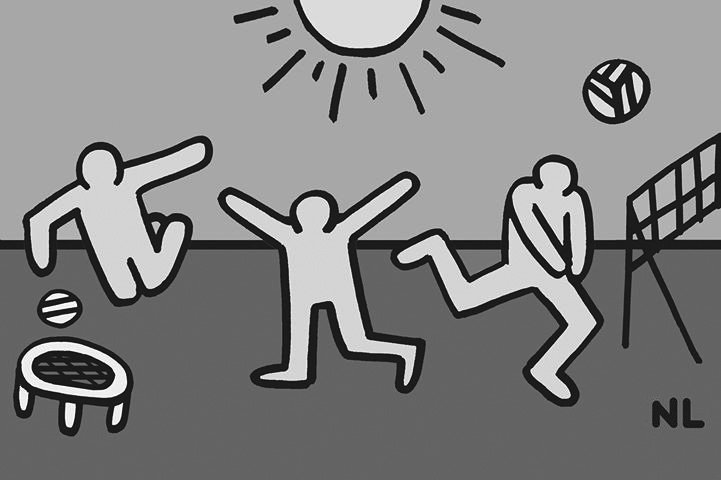 Paly should add more intramural sports throughout the year

Around every three months, students are given the opportunity to create a team with their friends and compete in an ASB-hosted intramural tournament. Some of the most popular sports include basketball, volleyball and capture the flag.

The intramural tournaments last a week, with games starting on Monday and ending with the championship on Friday. The games take place during lunch at locations across campus.

At each intramural game, students often show up to watch and cheer for their friends. This allows students to have a break from their ordinary lunch routine.

Because it can be repetitive to sit down at a bench, the quad, a table or another spot on campus to sit and talk with your friends at lunch, the intramural sports offer the opportunity to do something different.

In addition, on a normal high school day, most students aren’t looking forward to anything in particular, except maybe a five minute break during class or going home. Intramural sports, however, allow students to get excited about something.

For example, during Spirit Week, everybody  rushes out of their classrooms to go to the football stadium to show their school spirit and participate in the spirit rally.

Similarly for intramural sports, the participants are always excited to play, and the spectators are excited to watch during lunch.

Intramural sports are also a great opportunity for students who don’t have much time outside of school to participate in a sporting activity.

With the extensive workload that Palo Alto students are used to, it can be hard to play sports outside of school.

Intramural sports are perfect for these students because the tournaments occur at lunch, which allows the students to play without it cutting down time for their schoolwork. This makes for a great opportunity for students to de-stress.

Another great thing about intramural sports is that no matter their skill level, anyone is still allowed to sign up and compete.

If students are looking to create a volleyball team with their friends for fun, that is OK. If someone  wants to try out basketball despite the fact that they have never played before, that is fine too.

Intramural sports grant students the choice to play in tournaments with their friends even if they have never played that sport before.

If ASB increases the number of tournaments from one every three months to one every month, then students will have more opportunities to have fun with their friends and lunches will be filled with more excitement.