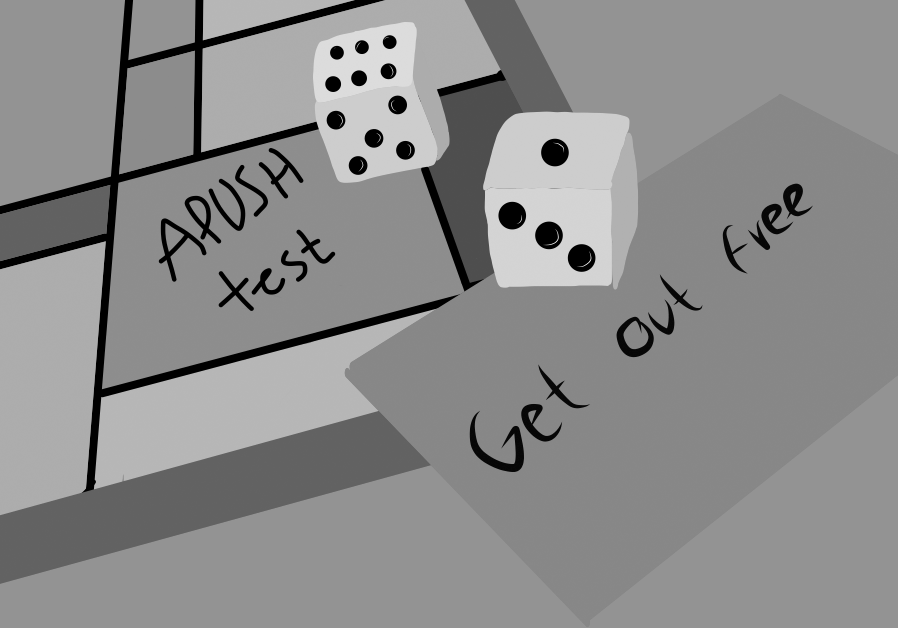 Teachers should give absence passes to students

Most students at Paly have to spend considerable time studying for their tests the night before, sometimes up to five hours, to go through all the material. This significantly impacts students’ schedules because of other obligations.

For example, clubs will not change their meeting date, volunteer organizations will not move their activity to another day, colleges will not change the deadline of their application essays and coaches will not change the time of practice. It’s true that students could plan ahead, but the inflexibility of most of these activities limits students’ options. If you get home at 8 p.m. from practice and have two tests the next day, it’s most likely that you won’t be able to go to bed before midnight.

An absence pass may be a good solution to this problem.

The absence pass would give a student  an opportunity to miss a class without requiring acceptable reasons like illness. Students could  simply use this time to study for the test next period and to make up the work from the missed class later through tutorial or after school. This way, they are able to study more efficiently and get more time for sleep. A student should be given a limited number of absence passes to use each year, such as two.

Besides studying for tests, absence passes could be used widely for other goals, such as preparing for a presentation, finishing a leftover assignment or taking a nap if the day has been too stressful for students. It simply provides a backup option for you when you feel like they can’t handle the situation.

The school has long been working on students’ mental health and even keeps the Wellness Center open all day for this purpose.

However, besides telling students not to push themselves too hard and to drop some classes, the school should focus more on understanding what truly bothers students and take some real action to reduce their stress, such as giving them more flexibility on their schedules.

Certainly, the idea of absence passes is not perfect. Right now, our attendance system is very strict—and effective—in keeping students in their classroom during class in order to regulate students’ behavior at school and to make sure they are using their time appropriately.

The idea of absence passes will certainly help stressful students to better organize their schedule, but there are also concerns that some students will abuse this right.

And there are legitimate questions about whether this help should be provided in the first place. AP U.S. History teacher Jack Bungarden said students should be responsible for their own time management. Bungarden said if a student had to stay up late the night before a test to prepare himself, he could have made a better plan.

However, there are always things that cannot  be managed or predicted, such as the date of the tests, club meetings, sports games, and so on. Thus, even if this right might be abused at times, teachers should still grant students more control over their schedules, because their health is equally important as their good behavior in school.

Studying late at night is not only inefficient, but also harmful both physically and mentally.

The lack of sleep makes people stressful and anxious, which further decreases their efficiency. And in the end, they cannot keep themselves focused and productive during the test.

Some may say that it is the responsibility of students to choose appropriate classes to take. However, the cause of this extra stress is not always the amount of work, but often the uneven distribution of the work. Generally, after these stressful days, students will have a rather free week with lots of spare time that they can use for make-up work.

If that is the case, why not let the students use their time more reasonably? One way to do that would be to try absence passes.