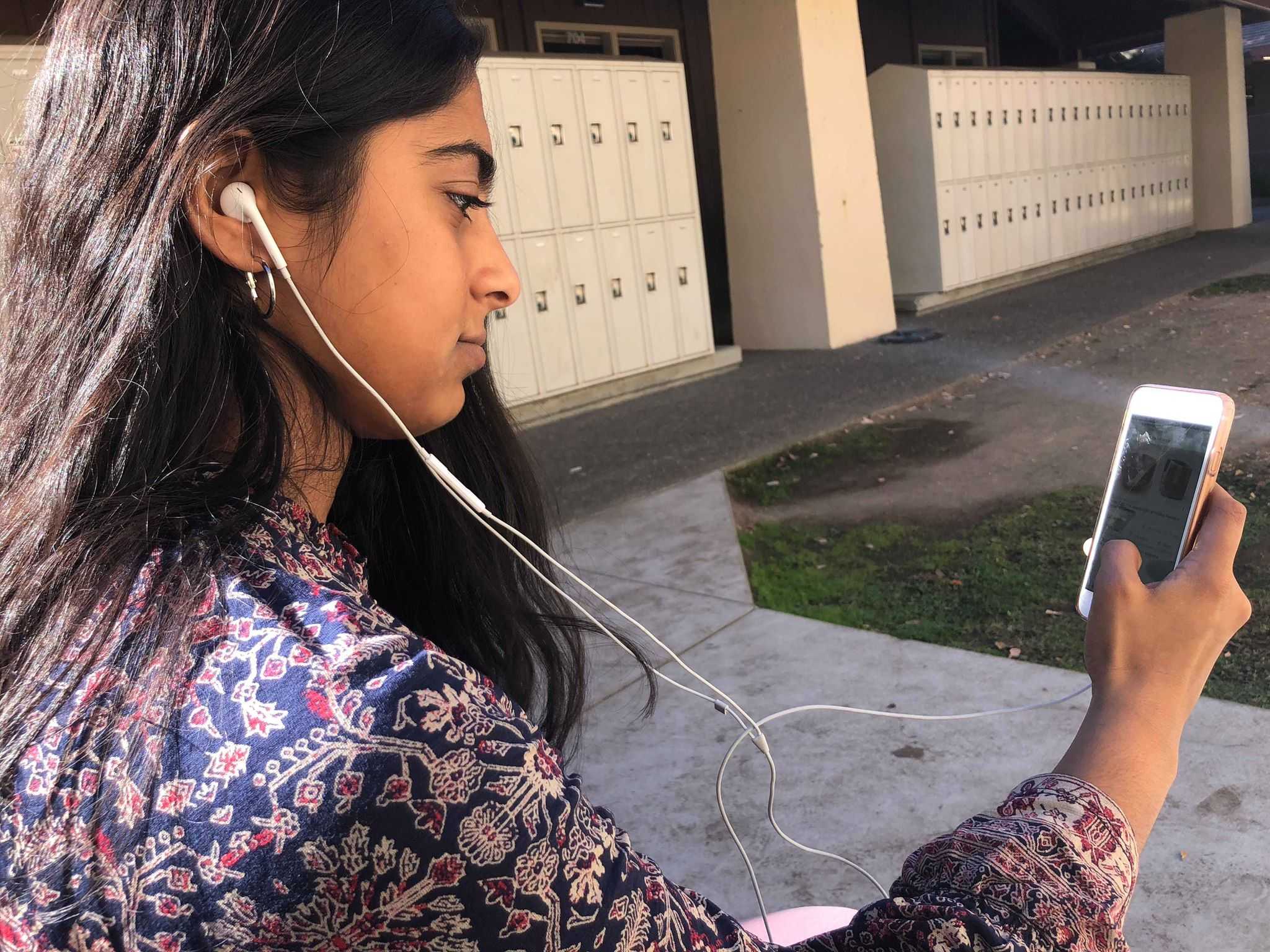 Technology plays a prominent role in our everyday lives, from communicating with friends to catching up on the latest episode of a TV series, but have you ever wondered what effects this could be having on your health? Many fear that, along with the useful tools that everyday technology grants its users, devices can cause many negative health effects. These technology health theories are often not discussed, as many people do not want to think about how a piece of technology they use every day could be harming them.

A topic that is often debated is whether or not the radiation from smartphones can cause cancer in users. According to the National Cancer Institute, cell phones emit radiofrequency waves, or radio waves, which are used for telecommunication purposes. These waves are non-ionizing, meaning they don’t carry enough energy to ionize, or remove electrons from, molecules.

Andre Venturini, a family hospitalist at the California Pacific Medical Center, explained how important this difference is when discussing radiation from tech.

“The type of radiation that causes cancer is ionic, which are high-frequency electromagnetic waves,” Venturini said. “Most Computed Tomograph scanners that we use in the hospital use ionized waves or nuclear radiation. But phones are completely different — they emit electromagnetic waves, but those are non–ionizing and they are very low frequency.”

Radio waves are emitted from the antenna of the phone, and according to the American Cancer Society, quickly lose energy as the wave travels farther away from the device. The body nearest to the antenna tends to absorb the energy of the radio wave, which tends to be the user of the phone.

The amount of exposure to radio waves can differ depending on the amount of time the person is on the phone, how close the phone is to one’s head, the distance to the nearest cell tower, the type of phone being used and more.

However, the question still remains if these radio waves can cause cancer. Freshman Sophie Pardehpoosh believes in this myth.

“It’s very difficult to prove that cell phones can cause any kind of cancer.”

However, Venturini believes this myth is false.

He explained that it is very difficult to conduct a study that determines whether or not the radiation can cause cancer because there would have to be a group that uses cell phones regularly and a group with no contact with phones.

However, it would be difficult to keep these subjects away from smartphones because technology plays such a prevalent role in people’s lives.

“It’s very difficult to prove that cell phones can cause any kind of cancer,” Venturini said. “So far, there’s not really data to prove this. We know that there are the types of electromagnetic waves that are linked to cancer, but not the ones emitted by cell phones.”

Another common fear is that earbuds and headphones are especially damaging to the user’s ears,  potentially causing deafness in rare instances. These tiny earbuds, which may seem harmless at a first glance, have been rumored to cause hearing loss since they play music so close to the user’s ear in order to play music for the user only. They can be pretty powerful and can play music up to 120 decibels, which is as loud as a chainsaw or thunderclap.

According to Oliver Adunka, an otolaryngologist, or an ear, nose and throat doctor, constant exposure to loud noises can lead to a decrease the number of tiny hair cells in the cochlea, the inner part of the ear. These hair cells are important to one’s hearing as they send signals from the ear to the brain. A loss of these hair cells can result in permanent hearing loss.

Many people believe that earbuds and headphones have the power to damage these hair cells in the cochlea. Sophomore Ella Spanhook agrees.

“I think [earbuds can damage hearing] because some people will listen to music at full volume with headphones all the time which I can imagine is not good for your hearing at all,” Spanhook said.

According to Adunka, earbuds should not cause any issues as long as the volume stays below 80 decibels, which is the midway point on the volume slider.

However, it is common for users to raise the volume higher than 80 decibels, especially when one is in a public setting with background noise. In fact, Adunka stated that there are studies in Europe showing that at least 10 percent of teenagers and young adults aged 13-23 who use headphones or earbuds while commuting on public transit have been diagnosed with permanent hearing loss.

According to Adunka, the solution to this problem is to keep the volume low when using earbuds or headphones. In fact, the auditory system is constantly adapting to the noises it takes in, so if the user starts out listening at a low volume and raises it, the music will sound loud enough for the user while staying at a non-harmful level.

Exceeding 80 decibels doesn’t mean that the listeners hearing will automatically be damaged. Adunka stated that it’s OK to listen to a couple songs at a higher volume, but listening for a longer period of time is the damaging part.

Venturini doesn’t believe that the earbud itself will permanently damage one’s hearing, but the volume at which the music is played can take a toll on the person.

Lastly, many people debate whether or not phones, television or computer screens can have a negative impact on eyesight. In fact, many parents warn their children to not sit too close to the television as it will give them bad eyesight in the future.

Many fear that continuously staring at screens could cause Myopia, or nearsightedness. This condition causes far away objects in the distance to appear blurry. Sophomore Sophia Krugler thinks that screens can damage one’s eyes to a certain extent.

“I think that if you look at a screen for too long it can definitely damage your eyes. Sometimes after I stare at my screen for a long period of time, it’s harder for me to see things afterward.”

According to Damon Pettinelli, an ophthalmologist, using a computer, tablet or smartphone does not damage one’s eyes. However, looking at these screens for a long period of time can result in headaches, fatigued vision, dry eyes or red eyes.

In addition, Pettinelli said that an increase in computer use and video game playing has been correlated with myopia becoming more common worldwide. Trouble arises when one stares at a screen for a long period of time because reading characters off a screen takes more focus and makes the eye work harder. This strains the eyes and can lead to the user developing myopia, which has become much more prevalent in children as they spend less and less time outdoors.

A solution to this problem is to take frequent breaks from screens and look about 20 feet away, which is helpful since screens are often very close to the user’s face.

There isn’t certain evidence that spells out the answer to these myths. For the time being, the verdict to these three questions is that there is little evidence linking the waves emitted by mobile phones to cancer, it’s best to be cautious about the volume at which music is played through earbuds to preserve one’s hearing and it seems that screens are not extremely damaging to one’s eyes as long as they are used in moderation and frequent breaks are taken.