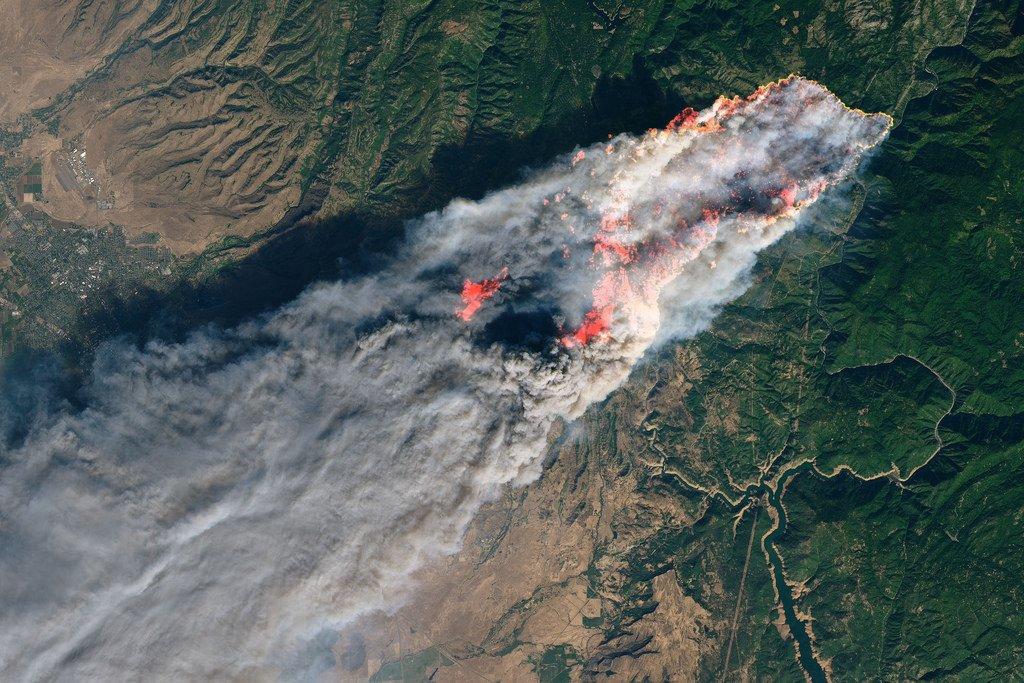 Firefighters have successfully contained 100 percent of the Camp Fire, the deadliest fire in California history as of Nov. 25 according to California Department of Forestry and Fire Protection (Cal Fire). The fire, which burned 153,336 acres in Paradise, Calif. since Nov. 8, claimed 88 lives and destroyed 18,739 structures. The cause of the fire is still under investigation.

The fire affected thousands of people, injuring 12 citizens and five firefighters while displacing many families. The estimated cost of damage according to Cal Fire has reached $7 to 10 billion and could grow as it is still being evaluated. Most noticeably, smoke from the area affected local schools around the Bay Area.

“The fires really affected me in terms of school,” Chico junior, Vincent Le said. “Because campuses couldn’t extend the quarter due to winter break obligations, I was forced to adjust my school schedule in terms of fitting all the course material into such little time.”

The smoke from the fire quickly spread, worsening air quality in the Bay Area. This affected many people including Le.

“The air quality was terrible for several days as well,” Le said. “I, along with many people around me, had trouble breathing, even with an N95 mask. I was really disheartened by the sight of seeing so many people with respiratory problems struggling to get around whether it be for supplies or to evacuate the area.”

Despite the fire being contained, many fire victims were left stranded without proper shelter, food and water. This caused a push for many volunteers to help the victims of Camp Fire. Isaac Yee, a volunteer in his emergency medical technician class at University of California Davis, traveled from Davis, Calif. to Chico, Calif. to help the victims.

“I think that for the most part, the public is responding very well to the fires. There were a lot of volunteers putting in time to help the residents that lost their homes to the fires and also supporting the firefighters. It’s heartwarming to see everyone coming together to support one another because we are all affected by the fires in one way or another.”

Although it was the deadliest fire in state history, Le said the public responded well to the fire.

“I think that the public response was appropriate,” Le said. “Schools rightfully canceled classes due to poor air quality, and fire departments made their best efforts to evacuate heavily affected areas, as well as provide masks for the public.”

California is a state that is often at risk for fire, which is indicated by the many fires in recent years.

For example, the Mendocino Complex fire, Carr fire and Thomas fire all took place from 2017 to 2018. This has caused Yee to believe that change is necessary.

“I would like to see more funding and effort into prevention of fires through the alleviation of global warming,” Yee said. “Fighting global warming will bring our climate back to normal, making fires less frequent and less disastrous.”

Many schools all around Northern California had been shut down to air quality. Sean Marrone, a nurse in the Davis area, helped people in the area deal with the unhealthy air.

“Many people had dealt with some difficulty to breathe or had irritated eyes.” Marrone said. “But there were little things we could do to prevent this. We recommended people to stay indoors and when they had to go outdoors to wear an N95 mask.”

Le believes people should worry not only about fire prevention, but also about health precautions in order to stay safe in the case of another fire.

Le said, “I think that in order to prevent future fires, California should have a higher standard of containing fires. This could entail having planes with fire retardants on standby or training firefighters to contain fires before they get too bad. In addition, I did notice many people have troubles getting N95 masks, so keeping them in stock at fire departments would be great in the event that a fire would spread.”