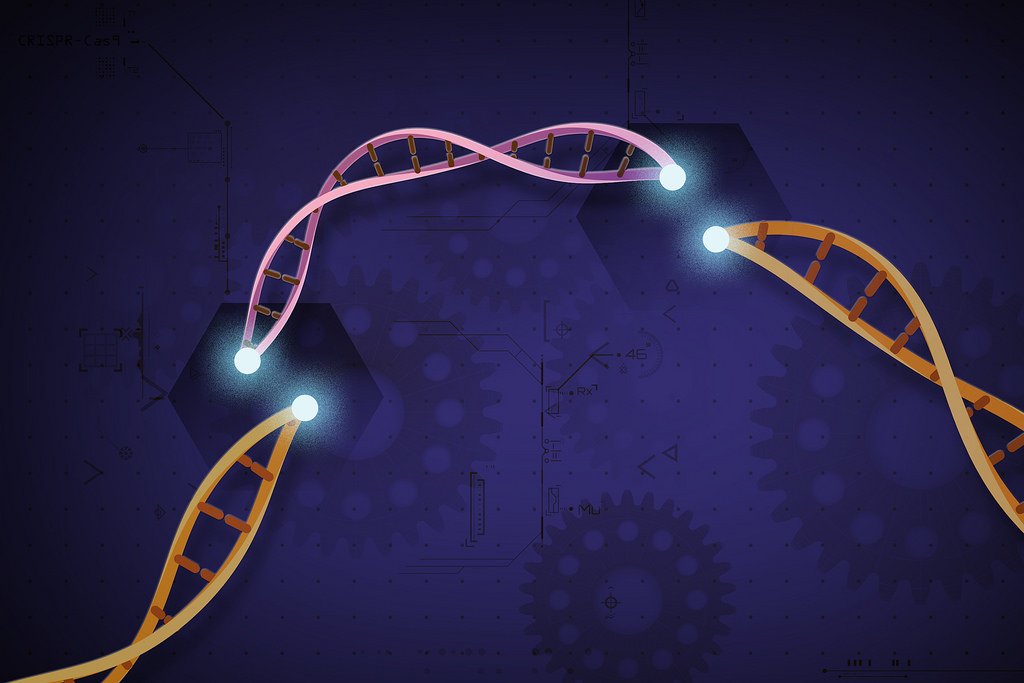 Following scientists Herb Boyer and Stanley Cohen’s creation of the first genetically engineered bacteria 45 years ago, the technique of gene editing has rapidly evolved, now reaching  a point where human genes can apparently be edited to target specific medical needs.

In fact, Chinese scientist He Jiankui announced on Nov. 26 that with the parents’ permission, he had successfully modified the genes of twin babies utilizing Clustered Regularly-Interspaced Short Palindromic Repeats associated 9, also known as CRISPR-Cas9, in order to protect them from HIV, which both of their parents have.

Found within the genomes of prokaryotic organisms such as bacteria and archaea, CRISPR is a family of DNA sequences that organisms use to detect and destroy DNA viruses that have previously infected it. Through extensive research, biologists developed a similar technique that can be used to edit genes within organisms, including humans.

This new technology has a variety of potential applications. It can serve as a biological research tool, create more efficient crops for food production and most importantly, treat diseases. In this case, Jiankui said he removed a piece of DNA sequence from the twins’ DNA, which he claims will protect them from future HIV infection.

Despite the fact that CRISPR-Cas9 offers a possibility to protect humans from disease, many see an ethical dilemma in editing human genes.

Paly English teacher Joshua-Knowles-Hinrichs, who teaches the Aldous Huxley novel “A Brave New World”–which is about cloning and raising embryos outside the womb–said this application of CRISPR-Cal9 might result in unpredictable consequences, just like in the novel.

“While I understand the arguments being made by people who are looking to genetic engineering for solutions to terrible genetic issues and genetic susceptibilities to other issues, there is still a real possibility that we could create something much worse while searching for solutions to those issues.”

Hinrichs also expressed concern about the ability of parents to choose preferable traits in their children, decreasing diversity.

“It might seem simple to say one genetic trait would be better than another when speaking of immunity to diseases, but preferences about things like nose shape, hair color, etcetera are entirely subjective,” Hinrichs said. “Variation is an essential part of the survival of any species, and we could easily stumble into something that would weaken mankind while pursuing cosmetic preferences or solutions for diseases.”

Paly Humanities teacher David Cohen said, though, humans have been violating nature for a long time with a variety of technologies.

“I don’t view (decreasing human diversity) as the key question,” Cohen said. “We’re way past the point of merely accepting human nature, with all sorts of scientific and medical interventions, from contact lenses and dentistry to medications and surgery to transplants and artificial body parts.”

This issue also shows itself in Huxley’s dystopian novel.

“In ‘Brave New World’ there is an extremely rigid caste system and membership is determined through a complicated process of shaping human embryos,” Hinrichs said. “This removes people’s ability to choose their own path in life, reduces individuality, etcetera. This book really offers warnings about what could happen if this sort of technology is misused.”

And despite the fact that Jiankui said the twins’ parents agreed to his gene manipulation,  Cohen said a parent’s’ permission is not enough for gene editing in the ethical sense.

“The medical and scientific community must establish ethical guidelines that are independent of the variable opinions and decision making of individuals that are often self-interested. Some parents may want a designer baby, custom designed to excel in every way, but just because people want something doesn’t mean it’s acceptable to provide it.”

Maggie Yan, who took AP Biology last year and plans to major in science, said while the gene editing experiment might be successful in the sense that the babies Jiankui worked on are possible immune to HIV, this controversial edit on their genes might lead to future problems such as discrimination.

“I deeply admire the academic level of the scientist who did the experiment. Not considering the controversy of the scandal, the result is successful,” Yan said. “But I also think scientists need to be responsible to their research and their test individuals, and know that their action could significantly affect the individual itself or even its future.”

Beside ethical responsibilities, Biology and Environmental Science teacher Nicole Loomis said while this technology might have the potential to help individuals, it could easily lead to a less equitable world.

“I think (editing human genes) is acceptable if and only if the person gives consent and the edit is for medical purposes,” Loomis said. “Once you start editing genes for personal preferences, there is a slippery slope that could lead to increasing inequality.”