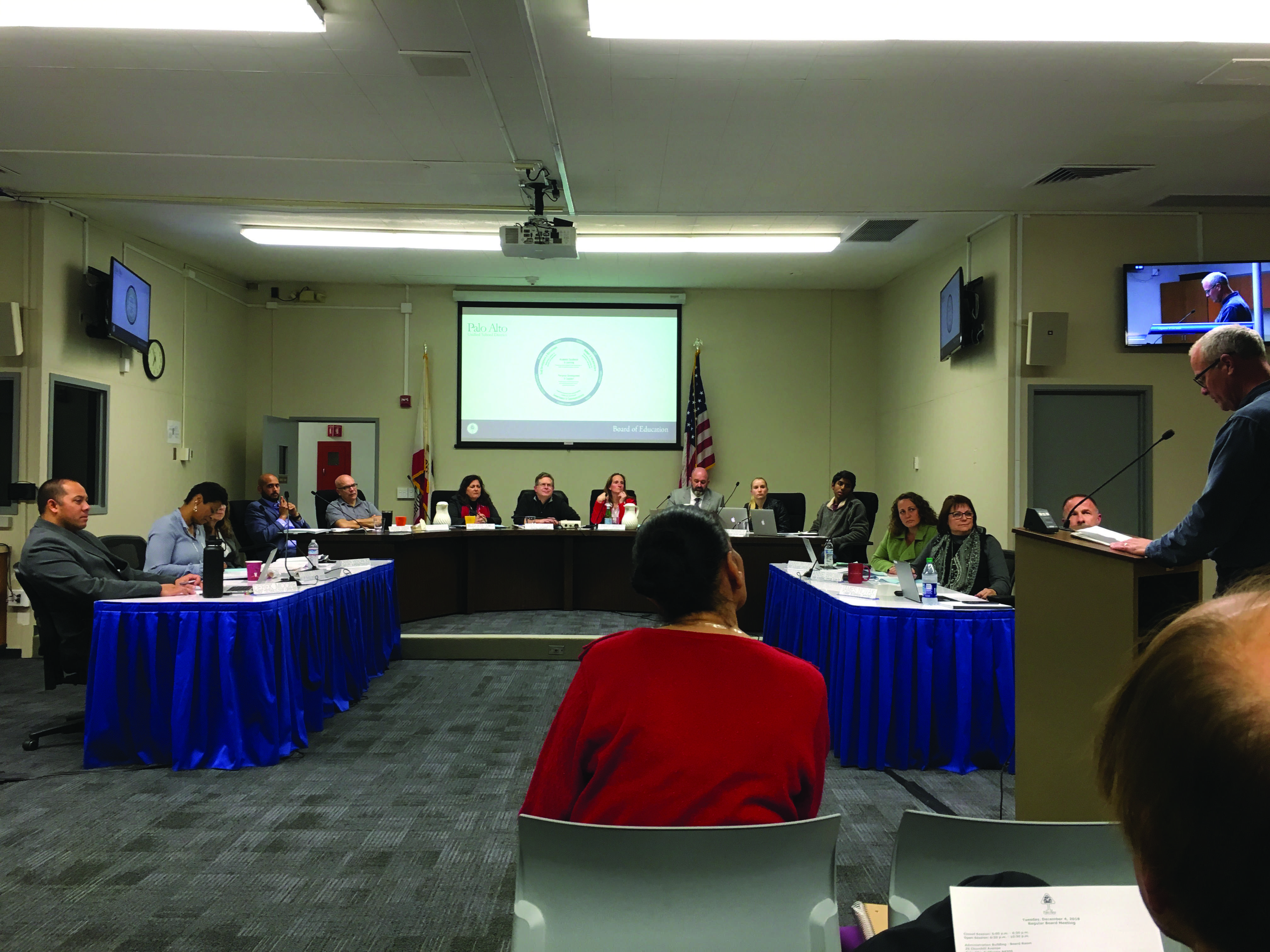 Dauber, Dharap sworn onto School Board

After a tight race for the two open seats on the Palo Alto Unified School District (PAUSD) Board of Education, incumbent Ken Dauber and Shounak Dharap were able to prevail.

Although Dauber had seemingly secured the re-election with a substantial lead within the first day, the winner of the other seat remained inconclusive as ballots continued to be counted throughout several days.

Despite the considerably close competition from special-education advocate Stacey Ashlund and PAUSD parent Kathy Jordan, Dharap was able to gain a 1,172 vote lead over Ashlund based on 93 percent of the ballots that were counted by Nov. 15.

Since the results were still significantly narrow, all ballots were required to be accounted for before calling the results of the race.

“What happened was, the county had 300,000 ballots that weren’t counted for,” Dharap said. “Since the race was so close, counting all of the ballots took a substantial amount of time.”

Nonetheless, Dharap was able to maintain and widen the gap between him and the other candidates, eventually ending with 23.4 percent of the vote as opposed to Ashlund’s 21.1 percent.

According to Dharap, it was his young age, experience as a community member and vocation as an attorney that helped his chances of election.

“[My victory] showed me that it didn’t matter that I was a non traditional candidate, or a young one. People looked at me and saw me as someone who was younger, a community member, and someone who could serve the school district. I felt truly honored and proud.”

Ashlund conceded to Dharap on Nov. 16, congratulating him with a phone call. Dauber unsurprisingly also retained his advantage with 27.3 percent, joining Dharap on the School Board.

According to Dharap, his victory made himself proud of the positive impact he has made on the community.

“I felt extremely grateful for the community members that supported me,” Dharap said. “My biggest goal is to serve back the community that gave me so much.”

On Dec. 4 at 6:30 p.m., Dharap and Dauber were sworn in as new members of the Board of Education. Afterwards, the first School Board meeting with Dauber and Dharap as new members was held. Issues such as consent education and homework policies were glossed over.

With four years of experience on the Board already under his belt, Dauber still looks to make significant changes to the PAUSD. According to Dauber, his biggest goals are to minimize the achievement gap and to ameliorate our special education program.

Dharap, a 28 year old Gunn High School graduate and litigator at Arns Law Firm, looks to make School Board processes more efficient and effective. According to his website, he believes one of the top issues PAUSD faces is keeping our students safe.