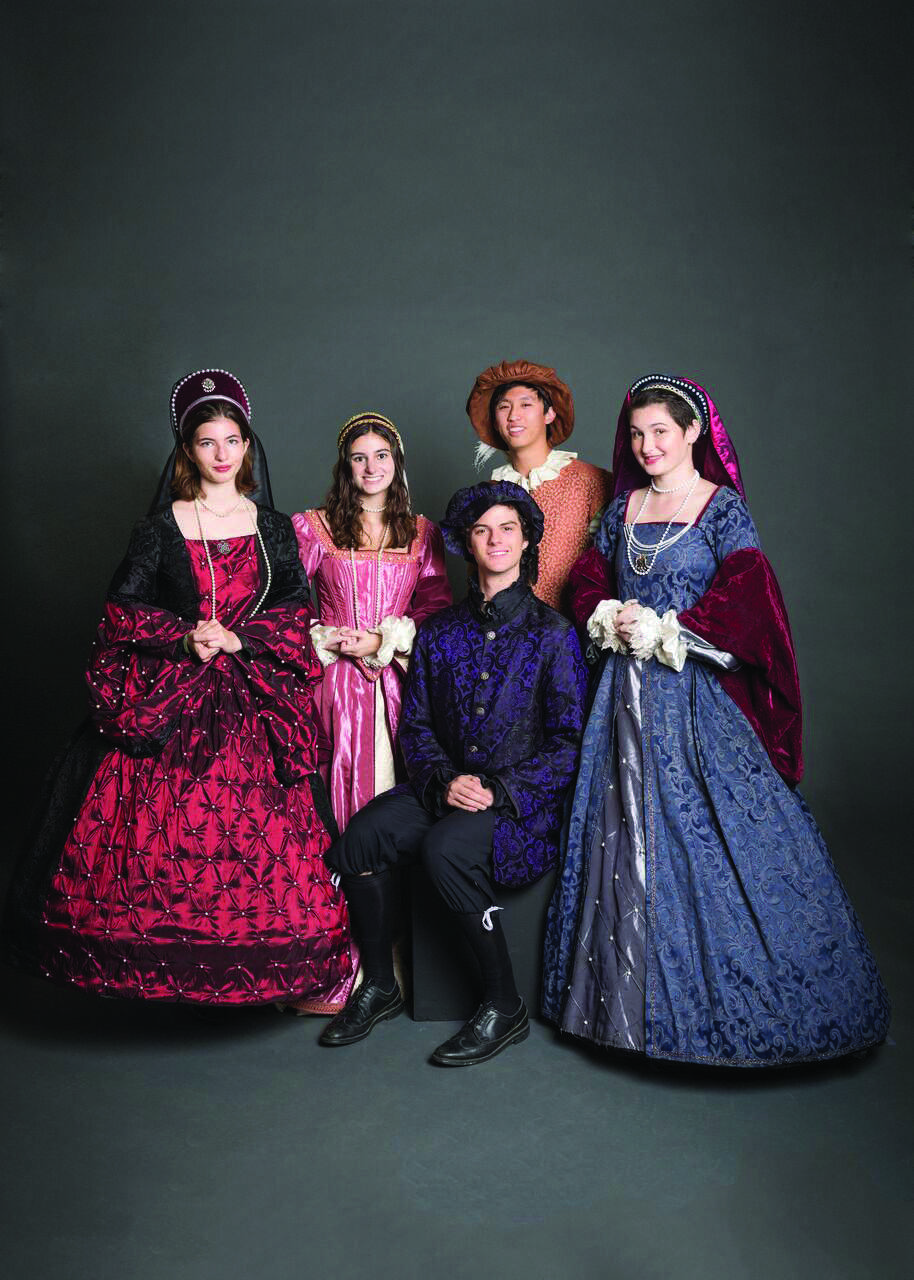 This year, the Paly Choir will be hosting their 16th annual Madrigal Feaste at the Performing Arts Center (PAC) on Dec. 8 and 9.

The money from the event will go towards sheet music and funding for group retreats.

“Madrigal Feaste is a musical set in the time of King Henry the VIII. There’s a lot of cute dialogue and jokes and each year the plot is different.”

Every year at the Madrigals concert, all choir groups perform.

“Each of the choirs are performing their own varied repertoire. Since it’s holiday season, we’re definitely going to be singing lots of carols and festive tunes,” Senior Tess Manjarrez said. “The different choirs that are performing include Madrigals, Spectrum, the women’s choir, concert choir, and the premiere choir.”

A limited number of special tickets for both the Saturday and Sunday Madrigal Feastes are available for purchase before Dec. 5. These tickets cost $60 and include access to the royal pre-tea show starting at 1:30 p.m. The pre-show will include tea and finger foods served by choir students outfitted in their Renaissance costumes from the show.

“The people who buy the most expensive tickets get to come to a tea before the main show starts where the Madrigals perform songs that are not repeated in the Feaste,” Weiss said. “The songs we perform there are typically a little harder and sound better in smaller spaces.”

There are also tickets offered at $35 for adults and $15 for students, children, seniors and Paly staff. For these guests, the show begins at 2 p.m.

Unlike other years, this Madrigal Feaste will contain all-new songs with the exception of some carols. In addition, the music at this concert will have a more modern, holiday feel according to senior Anna Hetterly.

“The acapella groups will perform Christmas songs that are not from the time period,” Hetterly said. “My acapella group, Folk Yes, will be performing ‘Winter Things’ by Ariana Grande. The Madrigals and Concert Choir both have a great, festive set.”

The weeks leading up to the show consisted of several rehearsals. An intensive four-hour one was held on Tuesday before the show to solidify the music and learn stage entrances and cues, according to Hetterly. Then on Friday, the main characters have rehearsals later in the week to run lines so that they can be off the book before the dress rehearsal. Then all the choirs come to the PAC and run the entire show and certain groups stay after depending on what the directors want. This routine has stayed constant over the past four years and, according to Hetterly, it has worked pretty well.

“The show should be amazing and I hope everyone comes out to see it!” Weiss said. “Everyone in choir wears Madrigal costumes and does their best to speak in a British accent.”