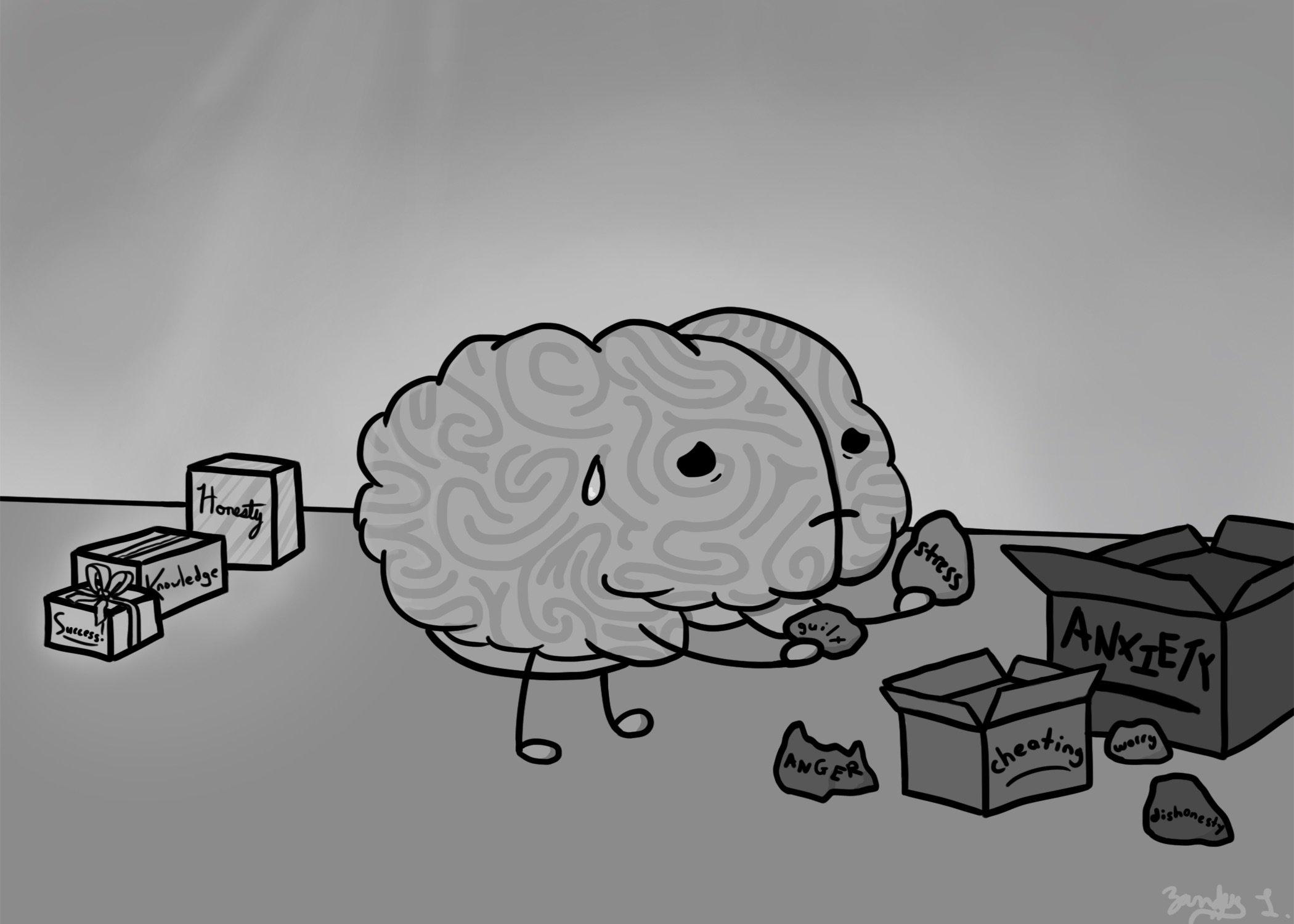 Alternative forms of testing strategies should be implemented

Every student is aware of the grim feeling that sweeps over every couple weeks when that dreaded end-of-unit test approaches. Frantically solving practice problems, memorizing the study guide and hearing others complain about the test sums up the horror that is test-taking.

Tests are noticeably the most widely used type of assessment at Paly. According to Paly teacher Alicia Szebert, they are the most effective way of holding students accountable for their learning.

This longstanding practice has rarely been challenged, and while students see it as the norm, exams can ultimately be detrimental to some students and their learning.

Traditional pencil-and-paper tests should not be the primary type of assessment for a variety of reasons.

First, complex brain functions prevent some students from performing well, second, alternative forms of testing have proven success and third, there is a prevalent culture of cheating on tests.

It is very common to hear students complain that they are simply just bad test-takers when they get a below-average score. For many students, this phrase may be troubling to comprehend because they are unaware of the science behind test taking.

In the human brain there is an aspect called the working memory, which is what controls the capability to process and hold information to later reciprocate it on cognitive tasks such as tests.

This brain function is vital to test success as it allows one to be able to find a solution to the problems at hand; however, some people don’t have clear working memories to utilize.

According to University of Chicago psychology professor Sian Beilock in a New York Times article published in 2012, students with test anxiety fill up their working memory with  tension, which interferes with their capability to execute on cognitive assessments.

Stress, anxiety and sleep deprivation also play huge roles in the quality of execution on tests.

According to Paly psychology teacher Melinda Mattes, all of these factors can interfere with a student’s performance because stress and anxiety activate your fight or flight hormones.

Since your brain doesn’t need to be doing high-level math when it thinks you are in danger, the brain shuts down some of the messages from the prefrontal cortex, which is the region in the frontal lobe of the brain that controls cognitive behavior. This can greatly affect your test-taking abilities.

This means that, when students do poorly on exams, it isn’t necessarily because they aren’t competent, but rather because their brains just function differently and can’t perform well on examinations.

The main purpose of tests is to demonstrate to the teacher the level of your understanding. However, there are many more ways to achieve this goal, and this can be seen through the Social Justice Pathway (SJP) here at Paly.

SJP enforces project-based learning which students can be assessed through in-class discussions, projects and essays instead of administering traditional exams.

According to SJP student junior Chloe Laursen, the absence of tests takes the stress away from learning, and has noticeably improved her quality of education as well as her retention of information. This accomplishment should always be the goal of assessments.

Finally, though tests are meant to represent an individual’s degree of knowledge, they have become such a difficult and unwanted task that a prevalent culture of cheating has arisen at Paly, which can lead to an unhealthy practice for students.

According to Paly sophomore Kimi Lillios, the cheating in Chemistry Honors had become so frequent that the teachers had to threaten the students with zeros on their tests, to make the students stop

The reason for this threat is that cheating, already a serious academic offense, is often difficult to prevent for big tests. There are ways that students can know beforehand what material is on the test so that they only focus on those parts.

This not only leads to an incomplete understanding of the topic or unit, but also builds an environment of mistrust by allowing students to maneuver their way to a good test score.

It goes without saying that most students don’t attempt to cheat, but some do, and by providing other types of assessments such as projects, essays or discussions, the possibility of cheating is reduced and the true test of intelligence and understanding can shine through.

Some may say that traditional tests are the best way for students to show what they’ve cumulatively learned throughout the unit, that it challenges students to really absorb all the information about the topic.

But by putting the focus on the test after every unit, the only present motivation for students in class, is trying to answer those multiple choice questions correctly instead of genuinely wanting to learn.

This creates an unhealthy mindset for students, that puts all their attention on tests instead of actual interest on the unit.

As education evolves, Paly needs to accommodate these changes and implement new testing strategies. These new forms of assessment can open doors to a new style of learning and a more pleasant school experience.