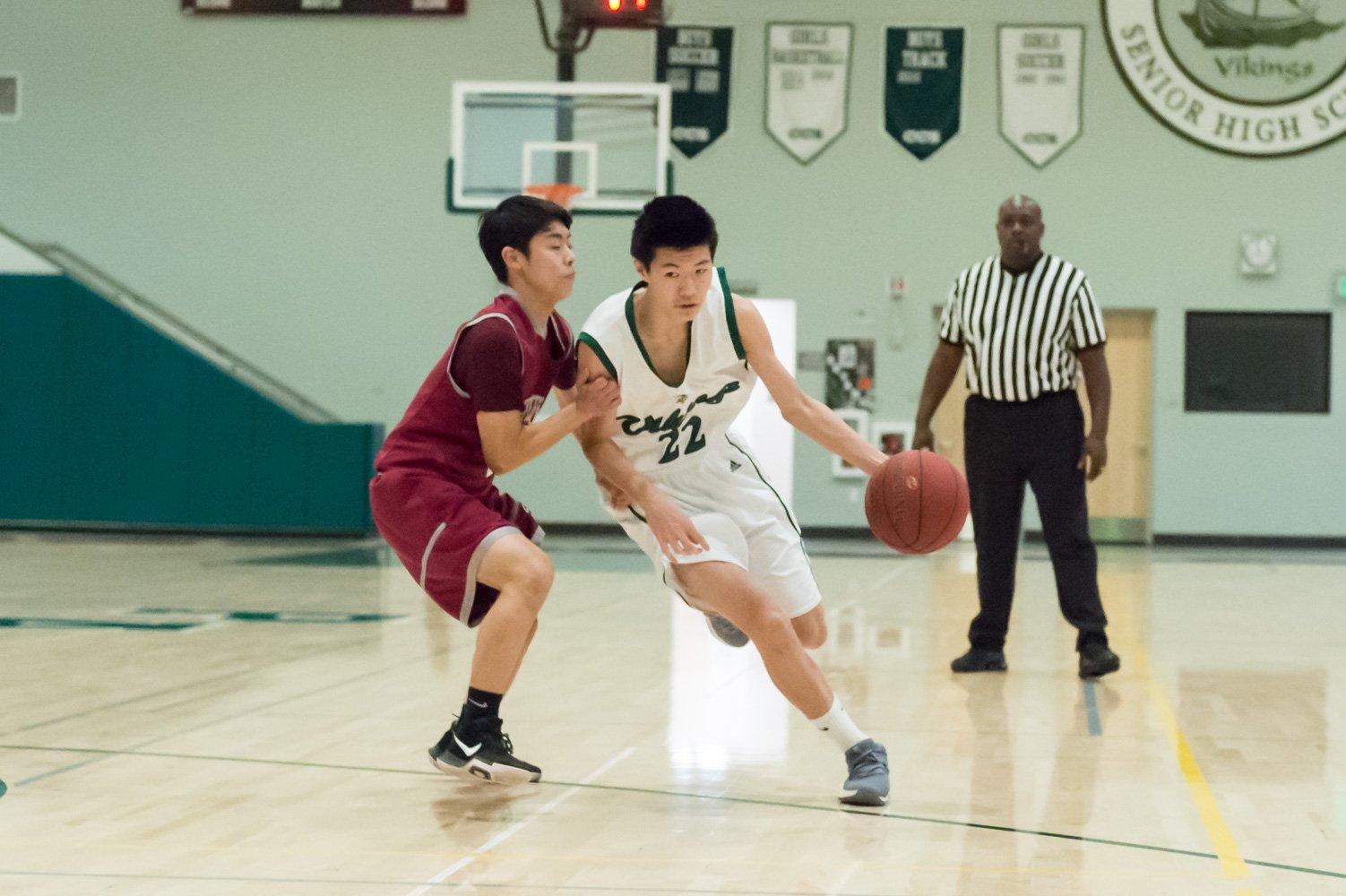 Altough the team lost 68-54 against Carlmont High School, boys varsity basketball was able to bounce back with a win of 66-61 against Hillsdale High School on Oct. 4.

“We didn’t really make any adjustments or new strategies, but we played a lot harder,” junior Matthew Marzano said. “It was more about the effort tonight then the strategic plan.”

The team managed to finish with a win after an unconvincing second half performance.

Fortunately, we ended up grinding out a win and we were able to rebound very well, especially on the offensive end. But going into the next game, the team is looking to put together a solid 32-minute performance.

According to Zou, the team’s offensive dexterity helped them close out the game.

Though the team is feeling more confident with its recent victory, it is still looking to make improvements. According to senior guard Josh Wong, the inclusion of several new players have made chemistry and communication the main areas for growth.

New members come from former junior varsity players as well as players joining from the conclusion of the football season.

We have some new additions to our team, and they are still adjusting to what the coach wants the team to do.

“Some things the team is doing to prepare for these obstacles include getting to know each other more off the court as well as talk more on the court,” Wong said.

Another prominent weakness that the team is hoping to overcome is its defense, which had been the main conflict during the previous games.

“We were only able to play good defense in spurts,” Zou said. “We need to improve on playing well defensively throughout the whole game.”

Zou said the team is feeling optimistic that it will be able to develop and continue winning as football players join the squad..

“Once they start to become more familiar with the plays and the system, I think we’ll have all the tools to be a really good team,” Zou said.

Despite having a couple of areas in need of improvement, Wong said the team thinks it will be able to maintain the success from the previous seasons.

Wong said, “We have had an early season loss, but once we get things going, we hope to continue the legacy of the program as well as win some championships.”