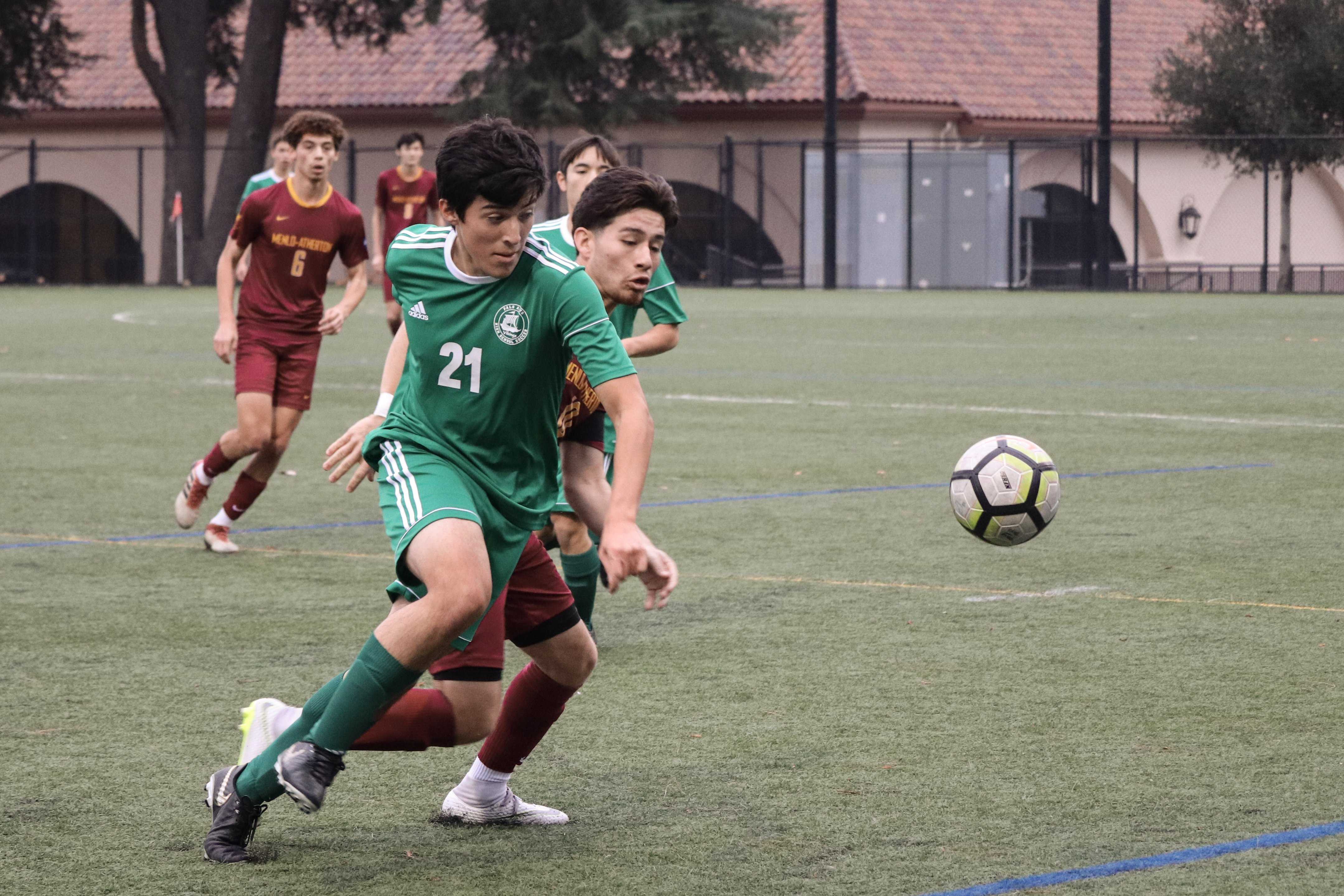 As winter sports begin at Paly, the boys varsity soccer team has put together a strong and upcoming team, rallying into the season with a 11-0 win against Milpitas High School on Nov. 27.

In his first game, returning sophomore Chris Chen scored the third goal in a long range shot, straight into the goal.

“I expect a lot of improvement over the season, and I’m looking forward to the coming games,” junior Ilan Toussieh said.

Their second game, on Dec. 1 against Alvarrez High School ended in a 1-1 tie.

The Alvarrez game took place early in the day, and the team went to Cupertino to play.  According to senior Nathan Seto, many players were absent due to both SAT testing and injuries.

“A lot of individual talent and intensity from the whole team kept us in the game.”

Seto also said that the team struggled with possessing the ball during their game against Alvarrez, which they intend to improve during their upcoming practices.

Last year, the team lost the CCS Semifinals to Bellarmine in a 2-1 game.

They are hoping to do better this upcoming season, and will possibly have a rematch against Bellarmine, according to junior Marcus Ama.

This year’s team has many returning upperclassmen from last year, but also a number of new faces, according to Seto.

“We are all friends and we seem to be clicking on and off the field which I think is great for our team chemistry,” Ama said.

The team picked up its second victory of the season against Menlo Atherton High School in a 3-0 display of dominance.