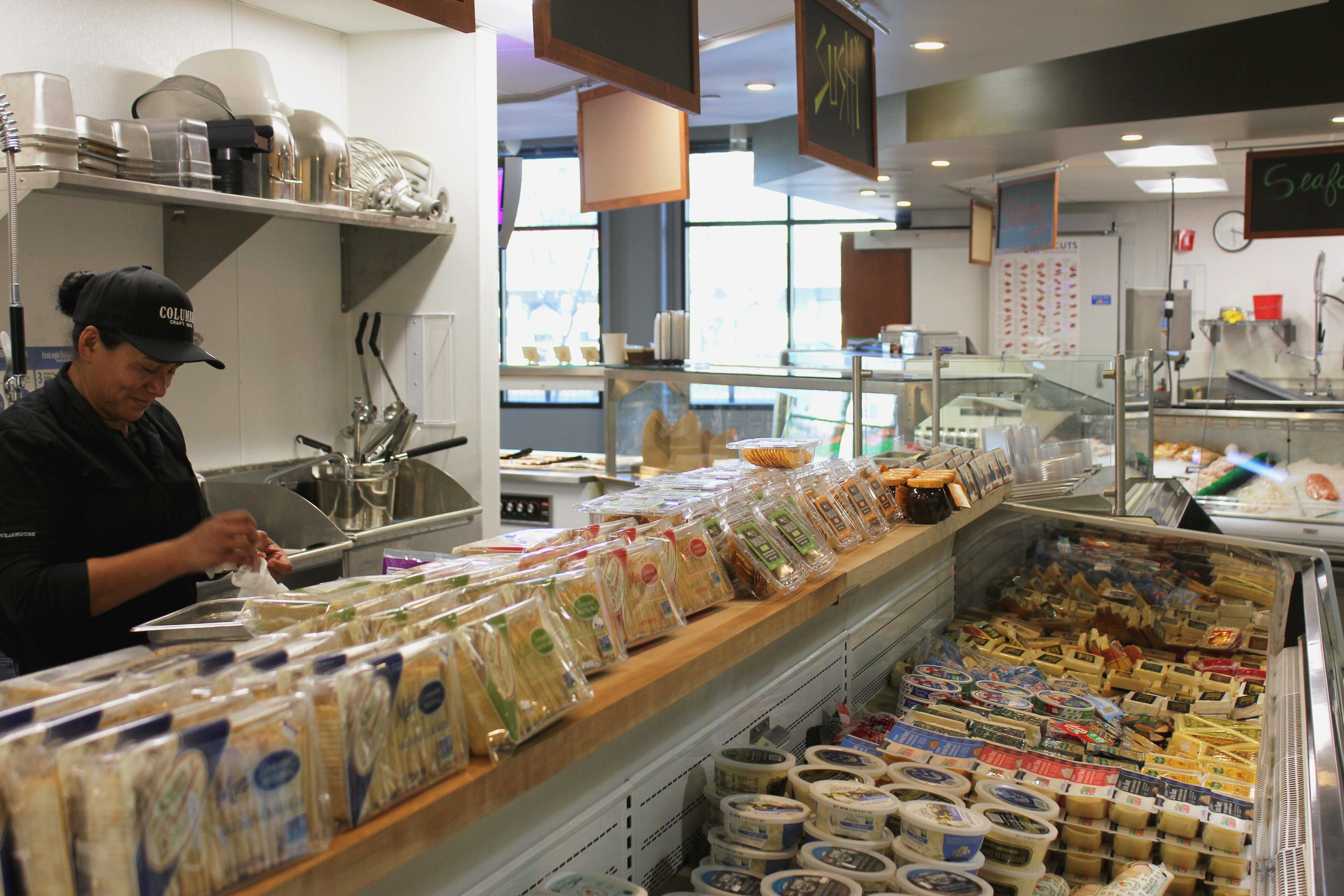 Ever since the JJ&F Market was forced to close its College Terrace location in 2013, College Terrace residents have been anxiously awaiting a suitable replacement for their neighborhood grocery store. Now, their wish has finally come true. The Khoury family, former owners of JJ&F and longtime supermarket veterans, have recently opened Khoury’s Market at JJ&F’s former site at College Terrace Centre, a block-long property off El Camino Real near Stanford University.

The Khoury family operated JJ&F from its 2011 reopening, after its former owners decided to sell the market, to its 2013 closure, when it was demolished in order to make room for mixed-use development.

Running a grocery store is nothing new to the Khourys; in fact, they’ve been doing it for decades. From a young age, Khoury family patriarch Joe Khoury learned the basics of running a successful grocery store from his father, and he has made sure to pass his knowledge down to his sons.

“I was born and raised into [the grocery store business] … we’ve just always been in it since we were kids, and I enjoy it, and I really do like it a lot,” said Mark Khoury, co-owner of Khoury’s Market and Joe Khoury’s son.

Working in the grocery business is a Khoury family tradition, with more than 40 Khoury family members employed in the field worldwide. In the Bay Area alone, the Khourys own half a dozen grocery stores, with a restaurant, Courthouse 2021 in Redwood City, to boot. However, while the Khourys have plenty of experience, the College Terrace Centre location has been challenging to manage in the past. Take, for example, the Centre’s previous tenant, the College Terrace Market. It opened in June 2017 with much fanfare, yet was shuttered after only six months. Customers and residents alike cited a number of reasons for its failure, ranging from its lack of signage to an inconvenient location to its relatively high prices. But Mark Khoury says the Khourys have taken note of their mistakes and have already taken steps to address some of these concerns.

“We are making some changes … more and better signage … the windows won’t be tinted, so it won’t look like an office building. We’re giving it a whole different theme from the front so it looks like a market, and driving by; you’ll notice it’s a market.”

Despite the numerous challenges ahead of them, Khoury said that his family was optimistic about the future of their market, with grand plans for a dedicated deli and an exclusive onsite menu. Above all, the Khourys’ number one priority is excellent customer service.

“We’re going to give more attention to the customer, get to know everyone by their name hopefully, sooner or later,”  Khoury said. “I walk into corporate markets all the time, and they don’t know me. I don’t know them.”

One example of the Khoury family’s customer-oriented approach is their introduction of a membership system into the market. To become members, customers must first enter their phone numbers into specially-designed kiosks at the checkout lines; afterwards, customers will periodically receive notifications about new items, deals or offers at the store. Additional perks of membership include grab-and-go groceries and even special discounts on future purchases, according to cashier Anna Khoury.

That is not to say that the market does not have its own drawbacks, too. Shopper Pat F. said that the store was a bit too small and was lacking enough selection of organic and vegan foods. However, she praised the location and saw potential for the store to become a suitable replacement for the beloved JJ&F.

During their brief period running JJ&F, the Khourys say they fell in love with Palo Alto and its people and were eager to return in order to start Khoury’s Market.

“I feel like this place can make it … we’re gonna push [ourselves] to the limits and do our best to make everyone happy and … stay here for a long, long time.”