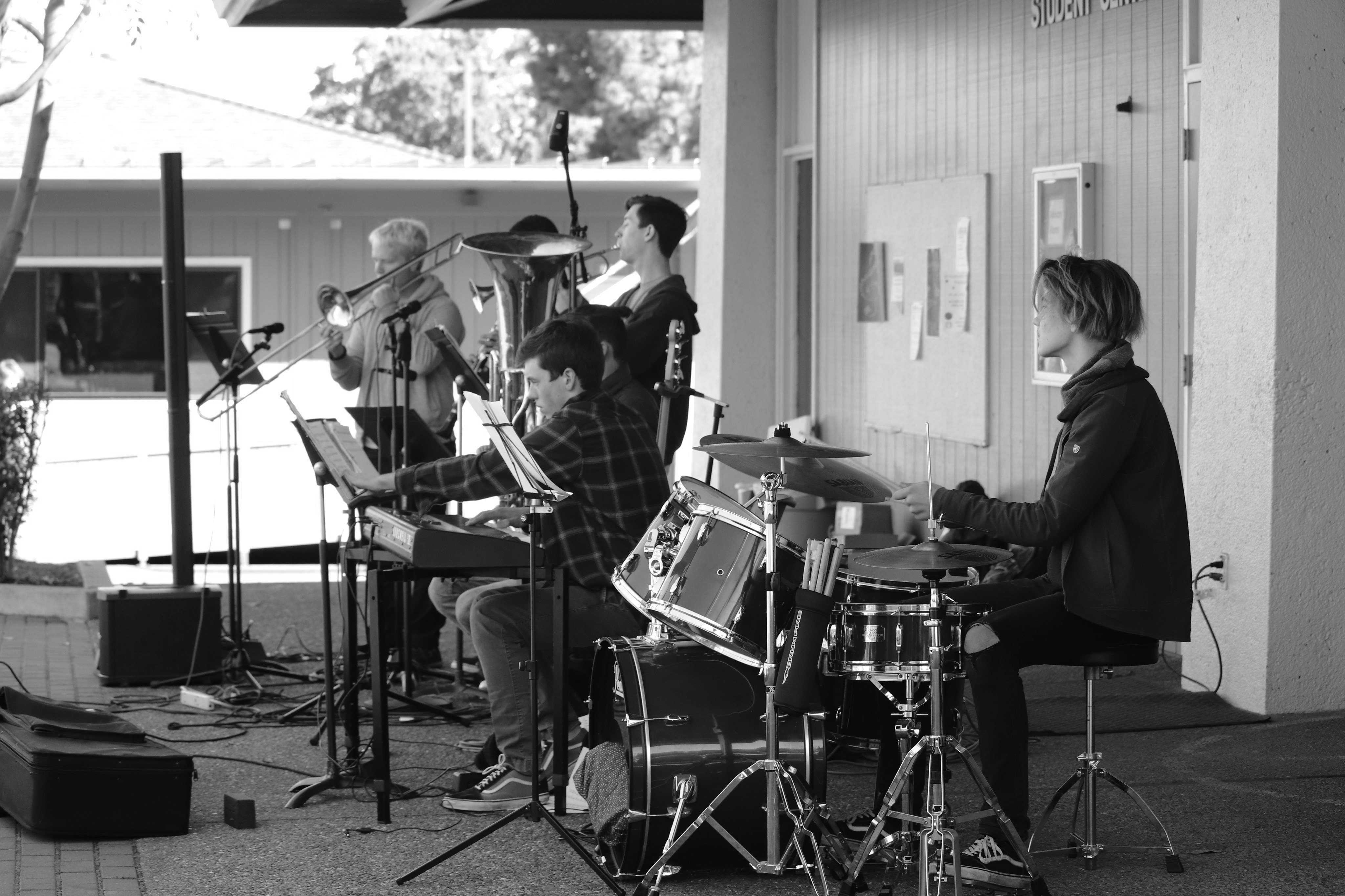 s students filed into the big gym on Jan. 22 for the first major event of the new calendar year sponsored by the Associated Student Body (ASB), senior Henry Saul took his seat in the senior section, ready to cheer on his class in the Seniors vs. Staff basketball game.

The hard fought game brought the best out of both the staff members and students, ending in a tie.

“It was amazing to see my friends and peers go up against teachers that they have had for four years,” Saul said. “After watching previous senior classes play, I was very excited to see our class get out there and try to beat the staff.”

The basketball game was a part of ASB’s annual Winter Rally that included Paly Dance and Cheer performances as well as the reveal of this year’s prom location, the San Francisco Design Center Galleria.

According to senior class vice president Annie Tsui, ASB decided the location in part because of its affordability.

According to Tsui, SkoGlobe was a success.

“I got to hand it to our committee who plans it. They know what they’re doing.Every time I go to a quad concert, I think about how cool and Californian Paly as a school is.”

The concert took place over four days during the third week of January and hosted a variety of acts including musical performances and dances.

“SkoGlobe was a great representation of what ASB can accomplish,” Saul said. “With so many diverse musical acts, we are really able to see what Paly students have to offer.”

During the fourth week of January, ASB organized an intramural basketball tournament culminating in a championship game on Feb. 1.

In addition, ASB is also hosting Club Day on the quad on Feb. 1, where students can sign up for clubs for second semester.

On Feb. 9, students will have the opportunity to attend the Winter Formal, a semi-formal event that will be hosted by professional D.J. Kue.

“We’re super excited, as we know a lot of the students who don’t get to go to prom are really looking forward to winter formal,” said ASB vice president Benjamin Rapperport. “We’ve put a ton of time and work into it, and we’re really excited at the prospect of a pre-prom dance.”

On Feb. 13, ASB will sell Valgrams, stuffed animals with a personalized message that students may send to their peers, who will receive them during third period on Feb. 12.

Valgrams will be on sale through Feb. 8, starting at $3 for one Valgram and $2 for each additional one.