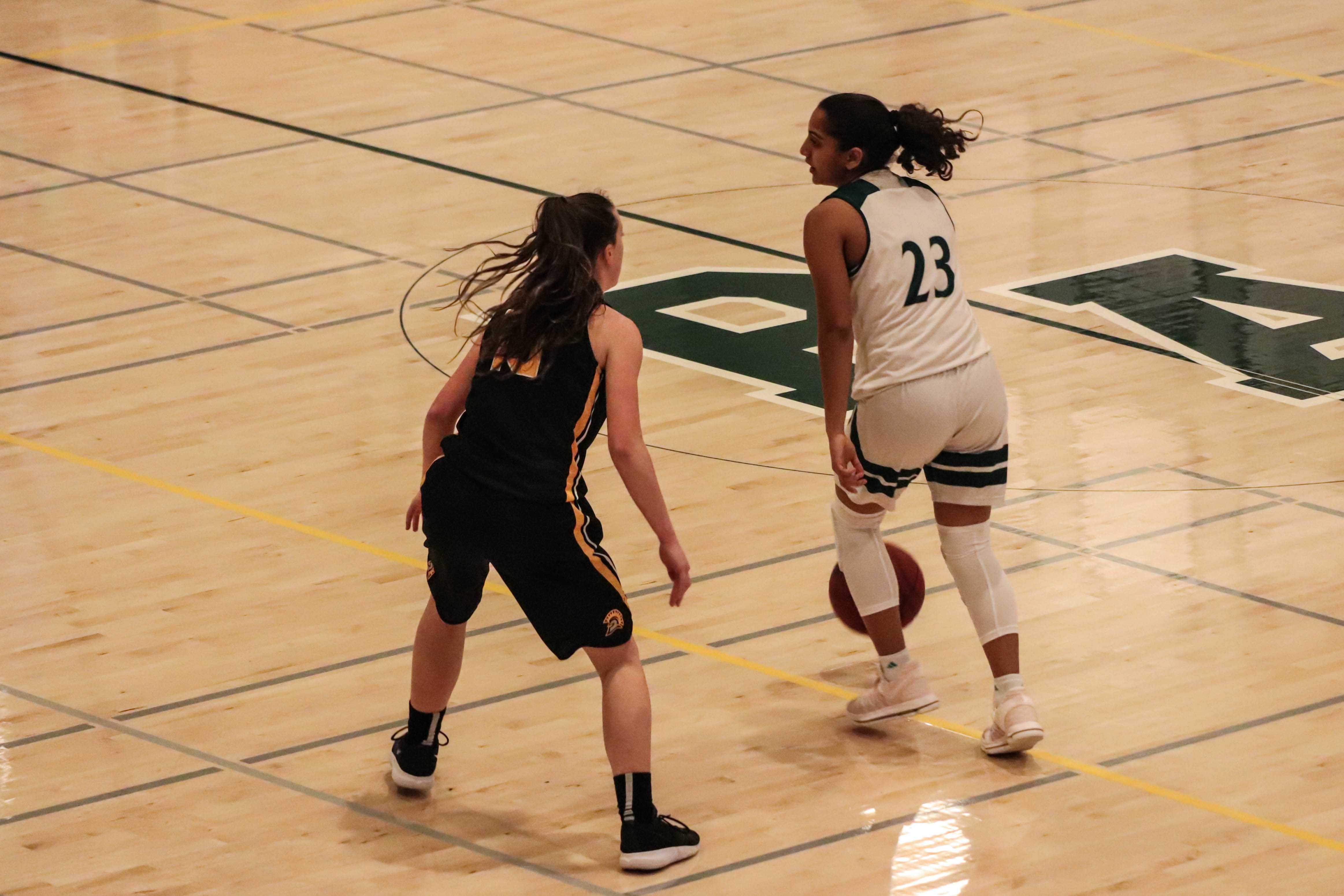 Knee-deep into the regular season with a 8-0 league record and a 16-3 record overall, players on the girls basketball team have faced some injuries. However, the team still has its original pre-season positivity and is improving rapidly, spurred by its perfect league streak, according to junior guard Alana Abeyta.

“The season is going very well so far,” Abeyta said. “We had a couple injuries, but now we’re all back and feeling good. Right now, we haven’t lost any of our league games and are working very hard to keep up that streak.”

Despite being too far into regular season, the team is still hard at work every day and still values every win they get, according to Abeyta.

“We have not lost any league games. All our wins are good wins because we work so hard each day to prepare and improve and it’s nice to see that work translate onto the court against our tough Beating Gatos is always nice too.”

Rival teams had doubted the team’s ability to play after they lost their sole senior and shooting guard Carly Leong last year, according to sophomore shooting and point guard Annika Shah.

“Everyone started counting us out as a top team since we lost Carly Leong, but we knew from the beginning that we were ready to prove everyone wrong and show them what we are really capable of doing,” Shah said.

Despite their 8-0 record, the team still struggles with defense in games against more offensive and difficult teams, according to Shah.

“Overall, we are working on every aspect of the game, but something we really need to improve is our defense, specifically our ball pressure and help side,” Shah said. “We are working on our defense every day, and it is improving every day. Once we get our defense on point, it just makes offense easier.”

Still facing the rest of the regular season, Abeyta said the girls are working hard every day and striving to improve constantly.

“I am proud of all my teammates because they have all contributed something to make us better,” Abeyta said. “(Coach) Scott constantly encourages us to challenge failure, and I think we have all been doing a good job of improving parts of our individual game that will help the team as a whole thrive.”

The team is looking forward  to the league playoffs this year according to Shah, with a strong track record of Division 1 championship titles.