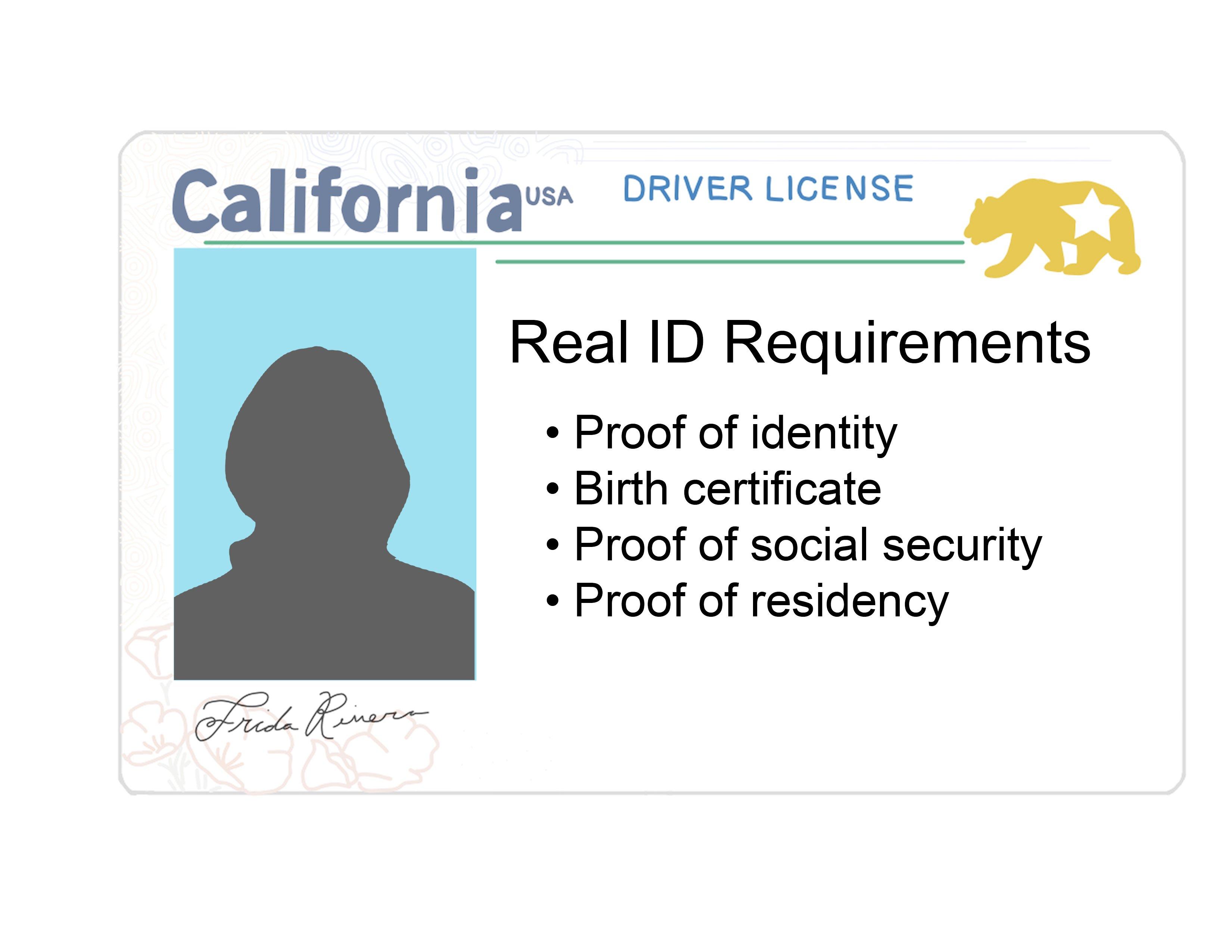 Following the new requirements for boarding domestic flights, the Department of Motorized Vehicles (DMV) is currently in the process of issuing the REAL ID, which helps increase security throughout federal facilities.

Over 87 percent of people over the age of 16 in the U.S. have a driver license. It is thin and pocket-sized, making it a convenient form of identification. However, people in many states, including California, will soon be required to provide additional information for proof of identity when boarding domestic flights.

Congress passed the REAL ID Act in 2005, which sets standards on state-issued driver licenses and on which documents prove one’s residency and identity. According to the Department of Homeland Security, this new method of identification is intended to increase security at federal facilities and combat terrorism.

DMV worker Cristina Valdivia Aguilar, who works with REAL ID, said the purpose for the REAL ID was to standardize the documents all states use to establish a person’s identity.

In California, the state agency of DMV will require Social Security numbers and proof of residency when issuing new driver licenses.

According to dmv.org, individuals requesting the REAL ID driver license must “provide proof of identity, such as a certified copy of a U.S. birth certificate, U.S. passport, employment authorization document, permanent resident card or foreign passport with an approved form I-94.”

Another document which must be shown to the DMV at the appointment is proof of Social Security number.

Other residency documents may include school documents if under 18, a utility bill, or a mortgage bill.

The California DMV has presented people with two options for driver license/ID — the REAL ID and the Federal Non-Compliant Driver License. The REAL ID driver license will be marked with a bear and star to signify that the driver licence is real.

This new driver license can only be used as a form of identification for people entering federal facilities such as airports and military bases. The Federal Non-Compliant Driver License will be given to people who do not fly on commercial flights and don’t enter federal facilities.

There will be a ‘federal limits apply’ marking in the top right corner of the license to designate the Federal Non-Compliant Driver License.

Currently, when boarding domestic flights, people are able to present Federal Non-Compliant Driver Licenses as proof of their identity. However, after October 2020, this will no longer be a valid form of identification.

According to DMV, it has faced issues with the number of people rushing in to get their REAL ID’s before the deadline, causing the DMV to be packed.

However, this is not the only problem, as the DMV has faced many issues with the old-computer system leading to many other disabled operations.

The crowds gathering at the DMV as a result of this act have impacted many Paly students who are in the process of taking their permit tests. With many appointments filling up with people applying for the REAL ID, the DMV now has a waitlist of over three months.

Students such as sophomore Stella Essenmacher have to wait months to schedule permit tests and other appointments.

“My mom and I did not want to wait as long as three months to take my permit (test), so we decided to drop in on a Monday morning,” Essenmacher said. “We got there at 9:15 a.m. and we left at 1:30 p.m. We stood in line for one and a half hours and then we had to sit in this area and wait.”

“It was really hard to focus when I was taking my test because there were so many people in the room that were waiting,” Essenmacher said. “There was so much pressure on me because if I failed the test, I knew I had to come back the next week and waste another day.”

Junior Devan Shah, who has had his driver license for a year, has mixed feelings about the identifications requirements for 2020.

“I think that this law brings both some positives and negatives,” Shah said. “First, it does increase safety for air travel, as it will make it harder for terrorists or other people with bad intentions to complete tragic acts. However, many people in this country don’t have drivers licenses, voter IDs, or other documents of identification.It would thus be impossible for them to travel across the country by plane, which could be very problematic for many individuals and families. Overall, it is difficult to determine if this law is just or not as we don’t know how flexible it is, how well it stops criminal acts and if it allows exceptions for people without certain identifications.”