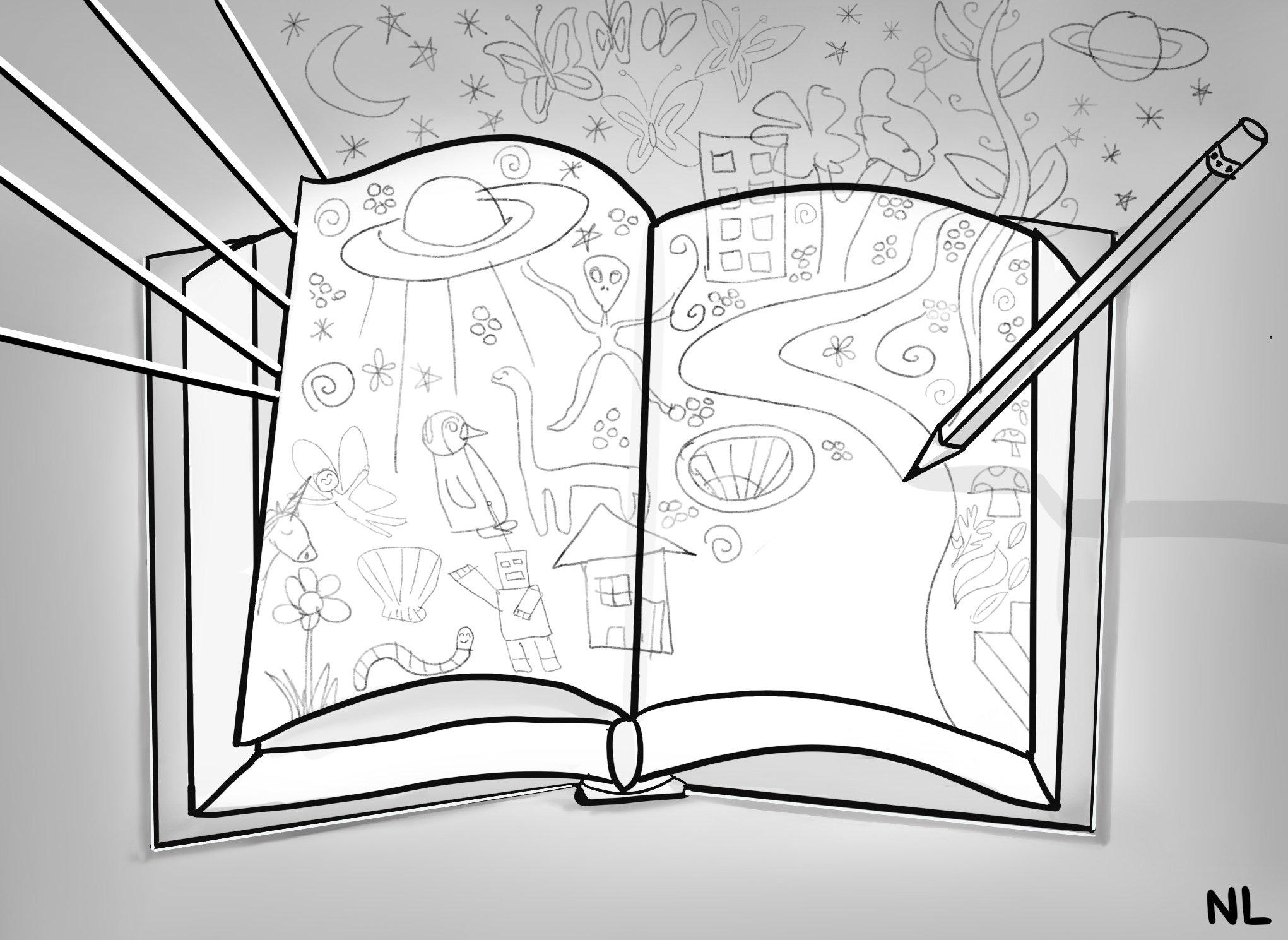 More creative writing should be incorporated into English curriculum

Paly students are well acquainted with the ongoing monotonous struggle to make it through another day of school. Every hour seems to stretch longer as the day goes on and the block periods feel endless. How has education, which is regarded as a privilege, become a tedious chore for the vast majority of teens enrolled in the school system?

One of many noticeable changes that happens to most high school students is the loss of enthusiasm for education. This is because courses often require students to follow an endless cycle of hearing information, bringing material home, studying it and then churning it out onto scantron sheets for an A grade.

That’s not to say rote memorization is all that is plaguing today’s school systems. Some subjects do require information to be committed to memory. The problem, however, is that this endless cycle of “learning” information has become the new normal for education across all courses; education should not solely consist of memorization, but should embody a student’s self-driven search for knowledge, and recognize how imagination affects that.

People often associate imagination with a childish mentality. However, with imagination comes one’s ability to form theories, make elaborate creations and invent something new. It pushes us to take risks, to strive for further education and to shape our own opinions, traits which are often associated with being mature.

A step towards thinking outside the box and pushing the boundaries of a formal education would be the implementation of more creative writing assignments in all English courses. Yes, Paly does provide a selection of writing electives that span a plethora of writing topics and styles. However, the current curriculums include many “book report” style assignments which barely scrape the surface of how to effectively write creatively. Most of these assignments require students to search for rhetorical devices within a specific text, yet they rarely prompt students to practice using the rhetorical devices in their own writing.

One important aspect of creative writing is storytelling. According to writing tutor Jennifer Tsay, who majored in English Literature at Stanford University, students who practice creative writing tend to be stronger writers because they practice storytelling and imagery — these grab the reader’s attention, resulting in a more memorable message. As such, it is important that students are not just exposed to quality literature, but also are taught how to write quality literature.

For example, a more effective way of analyzing literature, as opposed to assigning the same chore over and over, would be implementing creative writing by allowing students to write in the same form and style as the authors they are studying. By integrating creative writing prompts with literary analysis, students could see how authors apply their writing techniques of diction, syntax and tone.

No, writing does not have to be fiction to be compelling. Classes like Advanced Placement (AP) English Language, which is mainly focused on analyzing non-fiction texts, can incorporate memoir and autobiography in order to take a different approach from the usual analysis of lengthy texts, something often found to be monotonous and dull.

While the main focus of AP courses is usually on acing the AP exam at the end of the year, educators can do better. The main focus of a class should not be on passing a test, as it is more important that students learn for the sake of education and expand their intellect.

In Melissa Laptalo’s AP Language class, students were given an assignment on the various rhetorical modes. Although not focused directly on AP Language test preparation, students still benefited by being introduced to new types of writing outside the styles prompted on the AP exam.

Allowing students to select from a variety of rhetorical modes and utilize them in their own pieces of writing enables students to become more confident and fluent in their writing. This is a more in-depth, effective way to teach the forms of rhetoric because students learn about rhetorical modes by weaving them into their own writing, rather than exclusively memorizing how to spot the modes in texts that are not their own.

Tsay mentions how her students tend to prefer creative writing but don’t often get the opportunity to write creatively in regular English classes. She has observed that her high school students adopt a “dry, academic” tone because that is the writing style they have practiced throughout high school in various English courses. Then when senior year arrives, Tsay notices many students panic when they have to change their writing style for the Common Application college essays. It is difficult for most to transition to writing a compelling story and finding their own authentic voice. However, those who have been practicing creative writing have an advantage and tend to write better personal statements for college.

A step toward increasing student enthusiasm for education is to put more emphasis on creative writing and writing diversity. This would allow for a break in the redundancy of the current curriculum, and would allow students to both find and express their originality.