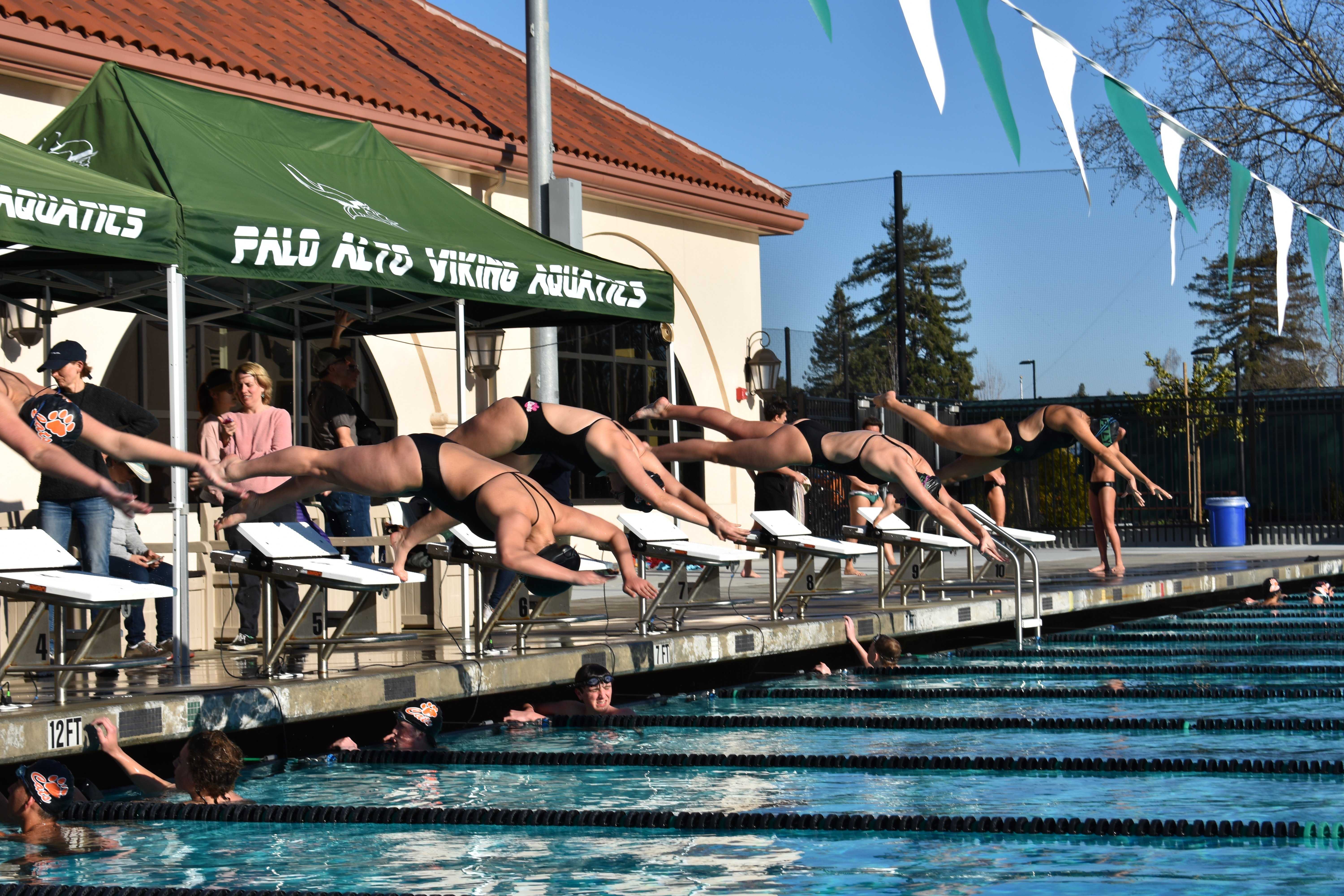 The boys swim team kicked off its season with a good start, winning all of the meets thus far, while the girls team is currently 1-3, having won their most recent meet against Los Gatos.

As the swim season begins to gain speed with more frequent meets, the swimmers get more excited for what’s to come.

Junior Jack Hogan agrees, saying the team’s performance compared to last year’s leads him to believe they are going to have a successsful season.

Though the start of a new year and new season is often challenging due to the departure of recent graduates, this year’s incoming freshman and returning seniors bring a new outlook, according to varsity coach Danny Dye.

“The team is young this year, but it’s a good young. They’re energetic (and) they’re upbeat, so it’s really fun to see that mixture. Over the past couple of years, we had a lot of people graduate, but we’ve had a really good influx of young swimmers that would come in and make it really fun.”

According to girls varsity team captain and junior Kate Milne, the past couple years’ undefeated seasons have contributed to the pressure the team has felt this year. However, after recent losses, the team grappled with accepting a blemished season.

“Since we graduated a lot of powerhouses last year, in some ways, it has actually been pretty liberating to not have to worry about keeping our winning streak going,” Milne said. “That doesn’t mean we’re losing everything, obviously, but our goal is to get up and do our best and have fun.”

As a result of the recent losses, the team has decided to shift their expectations for the season, according to Milne.

“The goals for the rest of the season are mostly personal times, so we want people to work on getting stronger and dropping times,  along with trying to get a CCS cut; that’s our focus.”

Dye echoed Milne’s sentiment, saying that the swimmers look forward to the rest of the season and that they are already on the right track to becoming better.

“I think (the team goal) is to just swim fast (and) have good times,” Dye said. “The boys have some really big expectations for leagues and CCS, and I believe the girls do as well, so the focus for us is to keep training hard and look forward to having those times drop and see where it all ends up falling down.”

Both the boys and girls teams will compete in a meet against Los Altos’ swim  teams on March 29 at Los Altos High School.