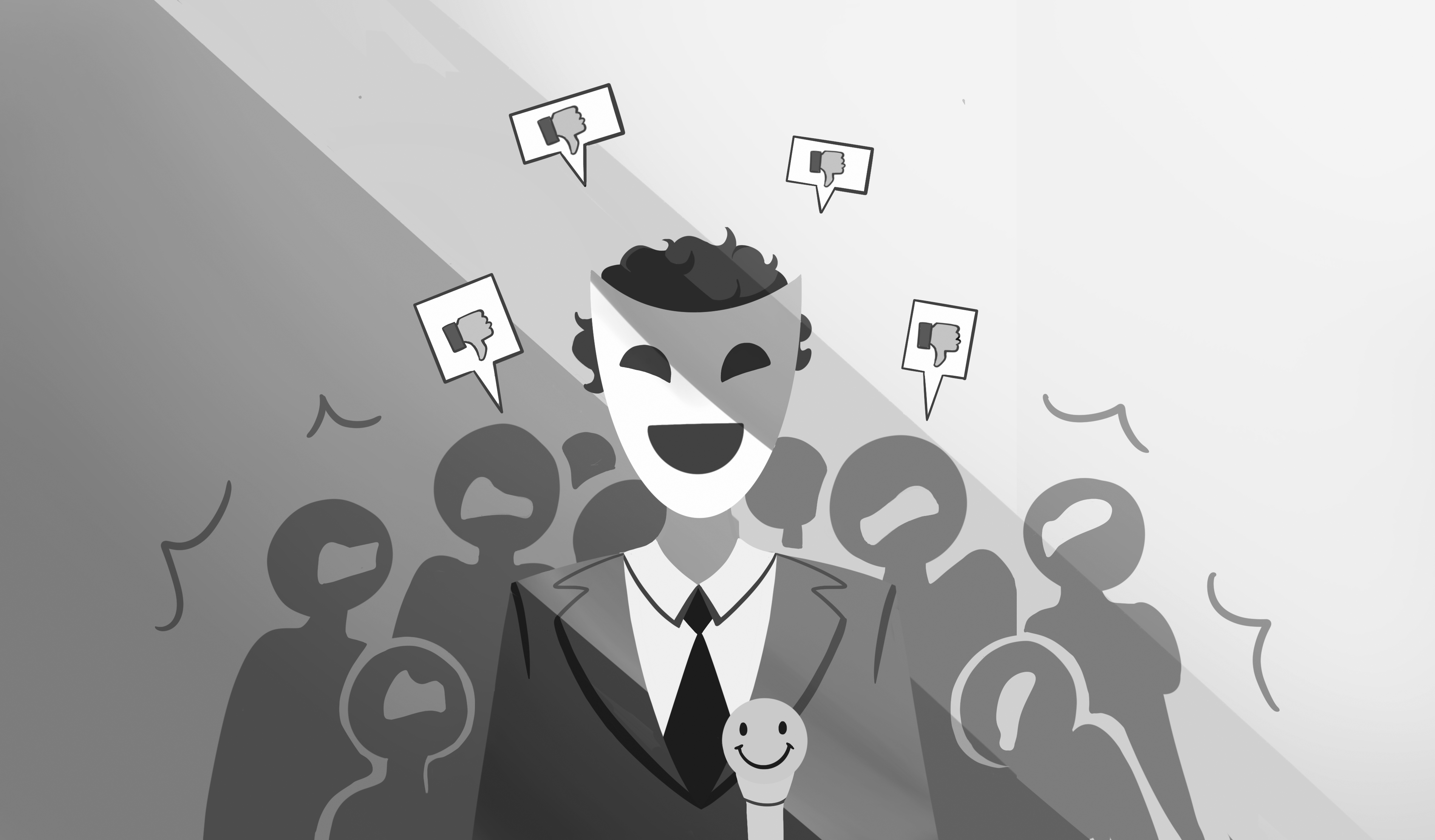 Political correctness in comedy is important, to an extent

Posing for a picture, Kathy Griffin rests her face in a stern stare. In her right hand, she holds the bloodied model head of Donald Trump. Although trying to provide comedic commentary on her hatred for the President, many were appalled by her graphic photoshoot, deeming it inappropriate and offensive. Comedians taking things too far is nothing new — it just seems like the public is now less tolerant to  such inappropriate behavior.  “Political correctness.” By definition, political correctness is “the avoidance, often considered as taken to extremes, of forms of expression or action that are perceived to exclude, marginalize, or insult groups of people who are socially disadvantaged or discriminated against.” Recently, this term seems to be thrown around more than ever. In a time when our President is admittedly anti-politically correct, many feel the need to revolt against anti-politically correct rhetoric.  This debate over the importance of political correctness has seeped into many forms of media, such as television and music. Arguably the most controversial media platform is comedy.

There is a line between being hateful and making an edgy joke, and many argue any restriction on a comedian’s right to be “edgy” kills comedy by limiting a performer’s comedic reach. Commonly referred to as PC culture, many comedians worry that this growing concern over causing offense to marginalized groups is limiting their ability to be controversial and ‘funny’.  However, there is a distinction between being funny and being offensive. At the end of the day, comedy is still about getting a reaction and pushing boundaries, which can be done without being demeaning or discriminating against others.

Many comedians think the new politically correct atmosphere, especially present within younger generations, has discouraged them from delivering a slightly controversial joke. But this shift in political correctness reflects a shift towards a more inclusive society concerned with gender equality, LGBTQ rights and racial equality.

Social justice movements have progressed in the past couple years as well, with developments such as the #MeToo movement. Through social media and protest, more Americans have a voice to share their experiences with inequalities, inherently creating a more politically correct atmosphere in mainstream media.

This increasingly liberal environment in comedy has raised concern among comedians such as Jerry Seinfeld, who refuses to perform on college campuses due to what he says is the extreme environment of political correctness. In an interview with Late Night host Seth Meyers, Seinfeld described a joke where he did an impersonation of a gay French king. This joke did not get a positive reaction from the audience, Seinfeld claiming the audience was too fearful to laugh out of fear of appearing homophobic.

Although audience reactions may be overly sensitive at times, the sad truth for many of these complaining comedians is that their old, demeaning jokes are lazy. Good comedy can effectively comment on current social and political issues, poking fun at the ridiculousness of a situation while not being discriminatory. A modern audience will now rarely laugh at an impersonation of a flamboyant gay stereotype or an inappropriate sexist joke due to the heightened awareness around inequalities.

Political correctness forces comedians to be more creative. They can no longer make lazy joke attempts calling certain things “gay” or making fun of women. Comedians taking the road to a more socially inclusive environment should be acknowledged for their refusal to use easy targets as punching bags.

This raised awareness around politically correct culture has been called a restriction of free speech. But it’s not. Rather it is a chance to open up the world of comedy to a more inclusive conversation. Comedians need to learn to adapt to their audiences. They still possess the right to freedom of speech, yet they must face the consequences when their free speech offends others.

Being unaccepting of discriminatory comedy gives those who used to be the punchline a chance to be in on the jokes. Politically correct culture does not mean all sensitive topics are out of bounds, it simply means comedians have to tackle them respectfully.