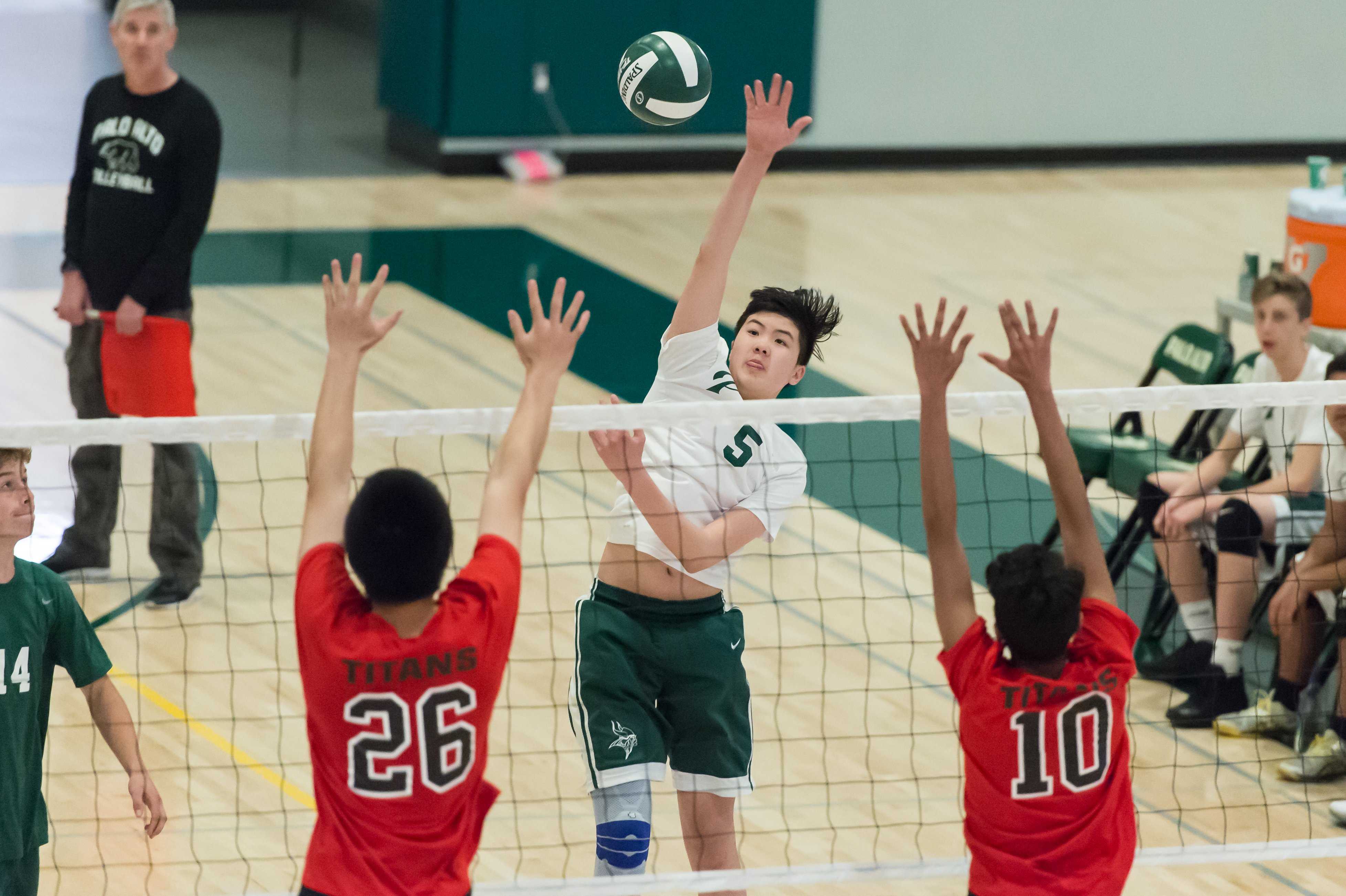 As the second half of the spring season approaches, the boys varsity volleyball team continues to climb its way to the top of the ranks.

“We are currently 7-1 with our win tonight against Santa Clara,” senior captain Raymon Chen said.

As the team has racked up wins, the members have gained confidence and now hold higher goals for the remainder of the season.

“We are going for first place in the league,” junior Lachlan Stayte said. “I think we’re third right now, but we’re hoping to make it up.”

Earlier on in the season, the boys discussed ways to increase their success by hosting more bonding activities and attempting to add to their overall team chemistry.

“Our team chemistry is really clicking now. It’s (improved) from the beginning of the season.”

Recently, the team has been on a winning streak while forging their way through the league, according to Stayte.

“All of the games this week were easy wins, none of them were that interesting,” Stayte said.

After beating Santa Clara High School, the team has conjured up the passion needed to make it to the next level.

“It’s that time in the middle of the season when everything really starts coming together,” Chen said.

According to Chen, the relationships among teammates along with the confidence the players have acquired has led to their continuous success.

The team will face off against their crosstown rival at Gunn High School on April 17 at 6:30 p.m.

“We’re hoping to beat Gunn for the second time this season,” Al-Najjar said.

Moving forward, the boys hope to maintain their strong intrateam relationships, and are aiming to land a spot in the team championship match. They expect to beat Wilcox and Gunn in the second match this season.

“For the future, we’re playing Wilcox (High School and Gunn) which should be good games. (They) will decide whether or not we’ll be able to pull away in first place at the end season.”

As the boys move into the final matches of the season, they bear with them increased team chemistry and spirit. With eyes set on the first place award, the team plans to reach its goals by continuing to train hard and work together, according to Stayte.